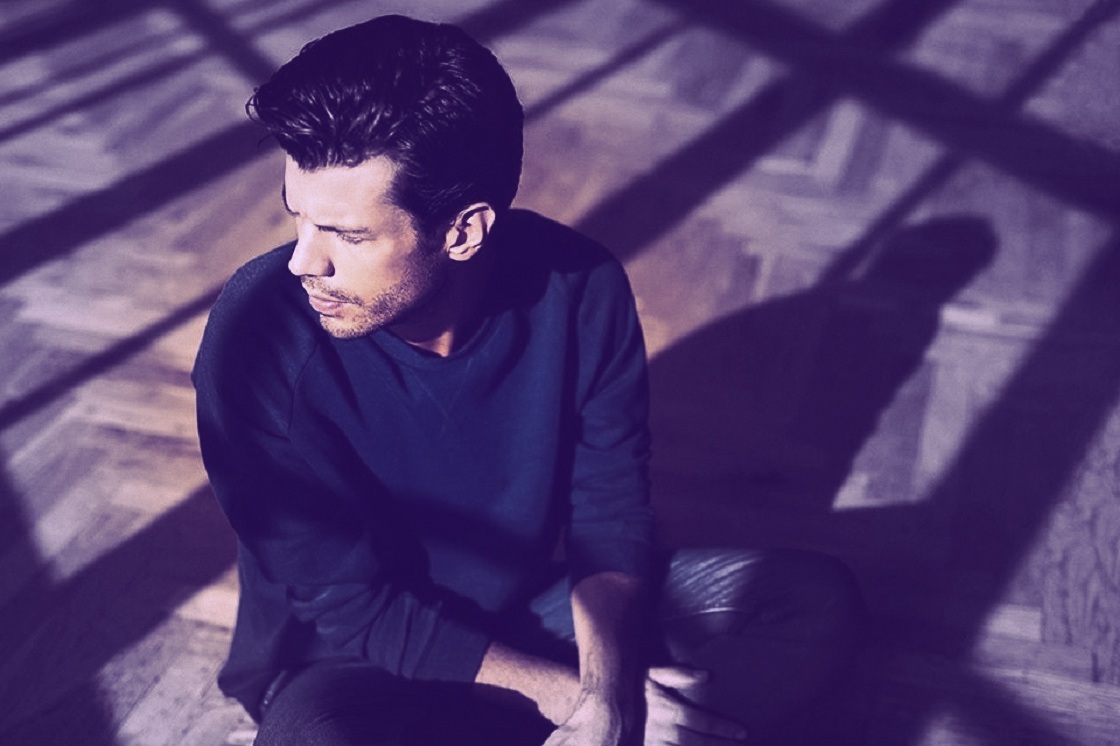 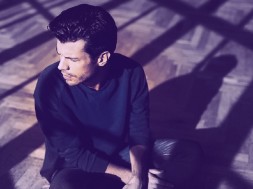 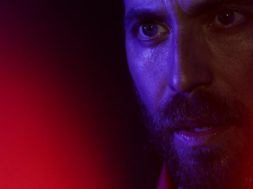 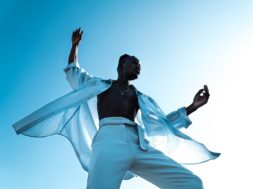 STEP 3: I AM WHAT I THINK
(WE USE THE WOMEN IN RECOVERY PROGRAM)

Not dying is second grade addition. Waking up is calculus wrapped in a bloody sheet crawling with bed bugs who keep shouting trigonometry every three seconds to fuck with you.  I know, I did the math. I had 53.7% of a year to count the errors of my ways. In 2015-2016, I spent 196 days with my head shoved under a hospital sheet scrawling with magic marker the mysteries of my madness, misery on my arm. Was silent under my 1.6 square meter starchy, white linen shield. And I needed it so silent I’d even stop breathing. Exhales would be ear-splitting. I lied to my neurons as to why. Said exhales were the enemy, not my anatomy announcing it was awake. Never admitted it to me any of the 282,240 minutes I constructed my bullshit, magical reality where a .5cm thick sheet was suddenly 70m of concrete soundproofing, but I’ll tell you the truth: listening to my lungs loudly look around was invitation to panic. And I couldn’t. Because every time, I didn’t know where I was.

See, last I knew I was in Silom surreptitiously, slowly as fuck, sipping milk and sitting under the shadows of the Sala Daeng skytrain. Six weeks ago, I took 7 hours of my Saturday and marked spots on the sidewalks where I couldn’t see how anyone but me would stray into them. I spraypainted the letters in morse code and wrote big, bold, beautiful shouts of STOP in colored chalk. It wasn’t rainy season and the chances of anyone but me being able to read morse code in that Bangkok neighborhood was miniscule. Just in case, write both I told myself. I did one STOP every 73 steps, and there were 968 steps between the skytrain and my studio apartment. Eighty exhausted me. Took about eight times of slamming my skull into whatever or whoever was in my line of sight when my shins would stop polio-grandma shuffling slow as fuck down the street and say ‘see ya, mofo’ to get that down to a science. The SE Asian sun stirred the chemo in my arteries with all the subtlety of a seven foot by fist thick stick thinking it was coffee stirrer thin. But I had to go to work, I had almost no money for food, and cabs were just the things that took the medicine away.

I swapped out 7 colors of chalk so it made my brain see I was getting somewhere. And because I knew how my sadness worked. I knew I’d be unable to stop me from spreading my ass over every cm of each STOP for every 1:07 a time I rested. Saw that STOP as a shame symbol of how sucky of a human being I’d become. But I also knew I didn’t have a prayer of a chance of scrounging the energy to shout down myself shouting at me because I’d gotten so weak 968 steps were my twice a day Waterloo. At least until a whole minute after I arrived at my apartment. I’d take off my pants at the door, arming and readying attacks against myself with each pant leg coming off like the cocking of a gun. I’d stick sentences like shivs in my sweaty palms and they’d slip, stumble unsexily out my mouth because even I knew it was stupid to stick up for sadness by stabbing at a shadow of myself. Until one day I shiv’d sadness instead by seeing 4 strange symbols written in 7 different colours 13.26 times on my way home. And I’d instead strip my pants, sit them on the chair and smirk at the art store explosion on my ass. All the sweat had mixed with all my anxious wriggling on each STOP to make it look like I shit rainbows. Laughter ate up all the space I had in my brain to be angry at me.

And I say all that to show if I didn’t know where I was under those hospital sheets: damn, gurl, you was in danger. No damn way I did the math wrong. Couldn’t believe I did. I wrote and wiped off those equations million and six times off my wrists. I knew them like the literal back of my hand. I never danced a single standard deviation off the path I’d analyzed to the second. All the days, all the seconds I was attempting to keep living in, I was more aware than anyone you’ll likely ever know of all the spaces I was ever in. I knew the surface area of every octant of concrete my eyes would have even dared to ogle at that day. I had no energy to stop for a Boba on the way home just because or allow myself to get lost in my mind as I’m apt as fuck to do. I attacked tangents with machetes until every one exsanguinated, leaving existence empty-handed and without whatever starving, ribs-showing ebullience they had tried to cut straight out of my cerebellum and chew on.

WHAT WILL YOU THINK
WHEN YOU REALIZE YOU’RE
NOT THE ONLY WARRIOR
TO MAKE THE PUZZLE FIT INTO ITS SHAPE?

Everything was hard. Being awake was hard. My body moved 1/723 of what it normally did, my brain exponentially less than that and yet I know any honest teacher would give me a 1.6 GPA for my asinine attempts at being. All I could take pride in was being aware of being awake. I spoke only in numbers because every word has emotional baggage, associations for the writer. I analyzed everything as a set of inequality equations, where winning the day was solving for x at a value greater than collapse. Tricky shit that was, when going from Point A to Point B took it all, erased the A Beautiful Mind chalkboard of my skull. When even going down the elevator to the 7/11 in my building felt like a multivariate polynomial regression. Emotions were anathema, and they all knew it. I was empty of their wonder and encouragement, and they kept so quiet I didn’t hear their tiny breaths as they ran away from me and shoved their faces in whatever airspace they could find to survive these sullen seven months.

See, I’d saw my first light in hospital sheets 7 times in as many months. 1 second I was in Silom or Sukumvhit or my school and then 6, 17, 9 hours later I was in some hospital somewhere. After the 7th time I stopped listening to numbers sweetalk me about how strong I was. They were not the saviours I was looking for. So I screamed at them to scram as I ripped off my hospital bracelet with my teeth. That’s when the silence came. Which was worse. When every second was like an endless shudder waking up nobody at home in my 1945 Nagasaki-era neurons. Nobody home, nobody could be home. Long after the lymphoma left, I thought this was the cancer I’d never recover from. Powerlessness. I was wrong. And I knew that when I knew I was what I think. 6 months of searching for the sound in my head ended when a splash of smacked-around Serenity strolled out of the blue and said ‘shit, man, you survived’. I never got the math right to stay awake. But ze was right, I survived.

CALCULATE THE COST OF CARING ABOUT YOU
USING ROBERT PLUTCHIK’S EMOTION WHEEL
[EDITED FOR THE AUTISTIC COS EVERYONE FEELS]: 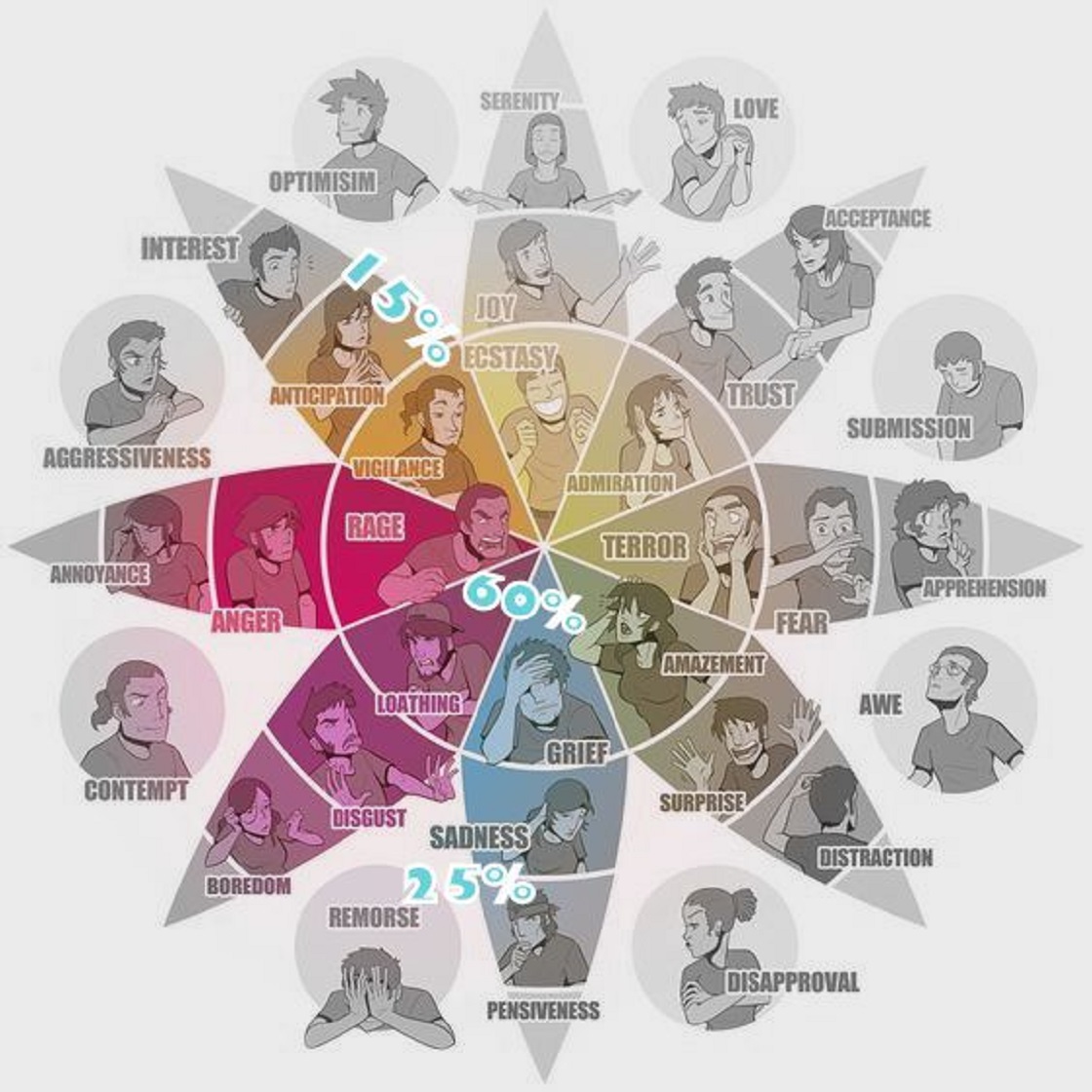