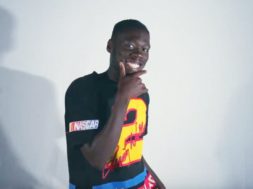 Here's How Foggieraw Mumbled His Way Into My Heart 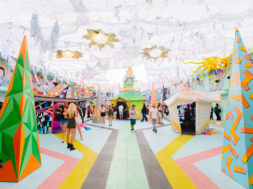 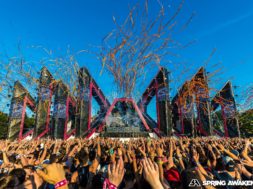 Editor’s Note: The Sights and Sounds is teaming up with Neon Nation to bring you artist spotlights from Chicago’s upcoming 2012 Spring Awakening Music Festival.

We aren’t afraid to admit it. Here at Neon Nation we have been extremely slack city lately. However, with Spring Awakening right around the corner, we are giving it our best shot at redemption. We have put together a 6-part Artist Spotlight with a Special Edition 2-part Headliner Spotlight (Skrillex and Afrojack) and Feature Article on Skrillex coming tomorrow. So without further adieu we will get the spotlight going with an NN favorite: 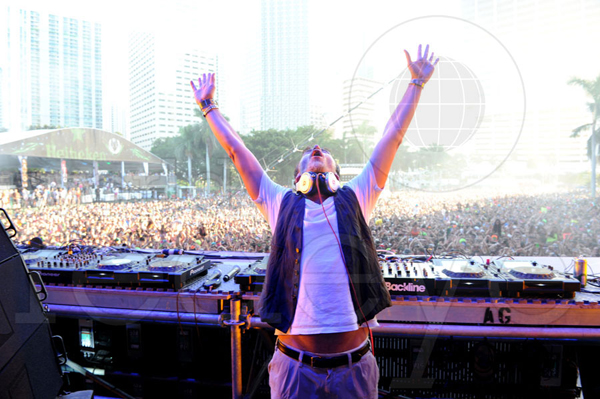 Benny Benassi has been around for years and is a staple of the EDM scene. But don’t let his age fool you, the man still knows how to throw down. He was one our top sets at Ultra Music Festival and he is sure to bring the heat at SAMF. Benny is one of those unique DJ’s that has an outstanding ability to play to his surroundings. Whether its a private, intimate club club setting or a sold out, packed house festival, Benny will get everyone pumped up with his music. He absolutely killed it at North Coast last year and this trip back to Chicago should be just as mind blowing.

Catch him Da Main Stage at 9pm on Saturday and be sure to get yourself in good position for the following act. You can also see Benny at a more intimate show on Saturday night at Chicago’s iconic House of Blues. That show starts at midnight and tickets are $37 on Clubtix. 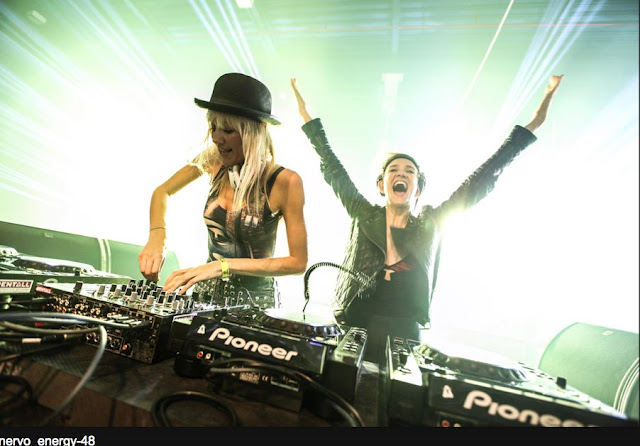 NERVO is Liv and Mim Nervo. Currently based in the UK & New York, the girls are constantly writing/producing/playing in the States, London, Ibiza, Sweden, Norway and Australia. They always bring the energy and are sure to put on a killer show. Their smiles alone are worth getting close to the stage and checking them out.

Check them out at 5pm on Sunday at Da Equinox Stage. 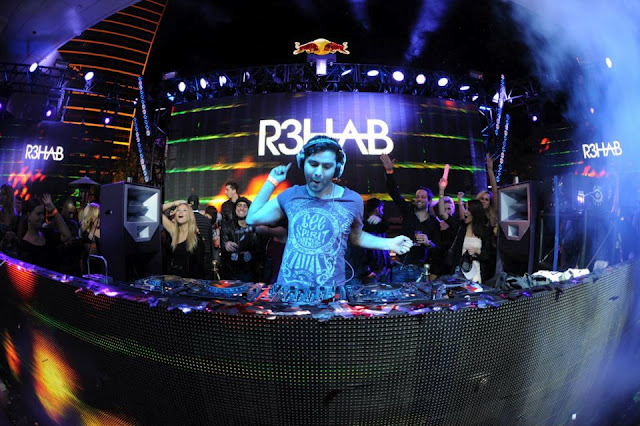 Fadil El Goul is the Dutch Techno-House DJ and producer behind the name R3hab. Born in 1986 in Breda, North Brabant, Netherlands, the internationally recognized Dirty Dutch DJ was quickly signed by Afrojack’s Wall Recordings and is deemed ‘one of his biggest talents.’

R3hab has worked with some of the biggest names in EDM including: Chuckie, Laidback Luke, SHM, Dada Life and Tiesto. He has even worked his way into the mainstream, remixing tracks for the likes of: Snoop Dogg, Lil Wayne, Lady Gaga and LMFAO.

We have never seen R3hab, but have heard nothing but good things from his live performances. Be sure to check him out this weekend after Nervo on Da Equinox Stage at 6pm. 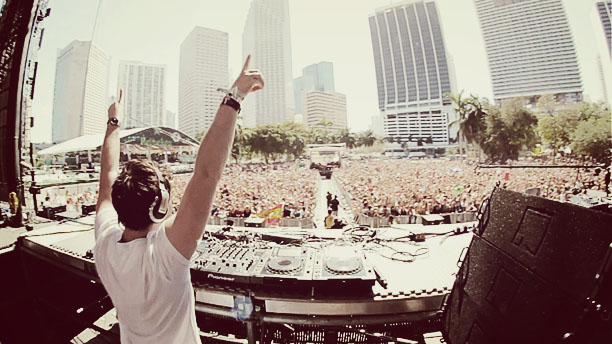 A young man who takes his love for house music very serious, is gradually becoming a leading figure amongst the younger generation of DJs. For the last couple of years, Hardwell’s overall talent is recognized by the dance music industry as a new, exciting and refreshing take on a scene that continues to evolve and with an apparent everlasting shelf life.

If you want to describe Hardwell’s identity and musical development in one phrase then it can be no other than that he’s now arrived in the “Big Room House” sound and has created his very unique trademark as a dj and producer.
Hardwell has been commissioned to remix the likes of: Fedde Le Grand, Armin van Buuren, Tiesto and Steve Angello.

Behind the decks he never fails to deliver. His exceptional technical skills, variety of music and distinguished look add that personal touch. Hardwell knows how to stand out and he is bringing his style to the masses with performances all over the world. Welcome to Chicago Hardwell!

Check him out after R3hab on Da Equinox Stage at 7pm. Just prepare yourself for a high energy, sweat fest! 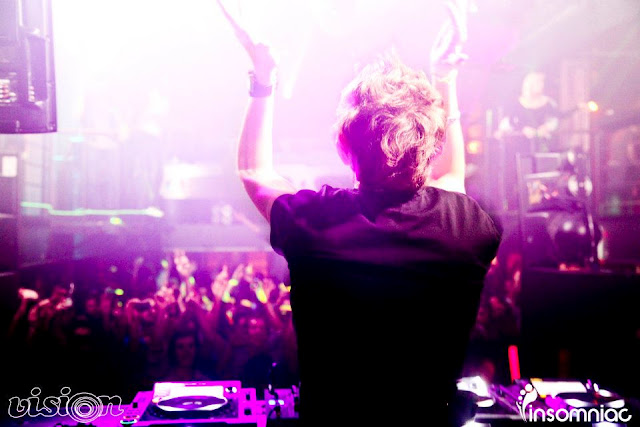 Arty. Where do we start.
This kid has been blowing up 2012 and does not seem to be slowing down any time soon. Since his rise to fame in 2010 and absolutely enormous productions in 2011, Arty has set the electronic dance community on fire. He has one of the most unique sounds in all of dance music and his ability to both produce tracks and perform them puts him in the top of our most anticipated acts.

Arty has remixed the likes of: Dirty South, Sander van Doorn, Mat Zo, Ferry Corsten and Above & Beyond and I have a sneaking suspicion some other big artists will be reaching out to him very soon.

We CANNOT wait to see Arty rip it up this weekend and I am sure you feel the same. Catch him after Hardwell on Da Equinox Stage at 8pm on Sunday. It is sure to be ROCKIN! 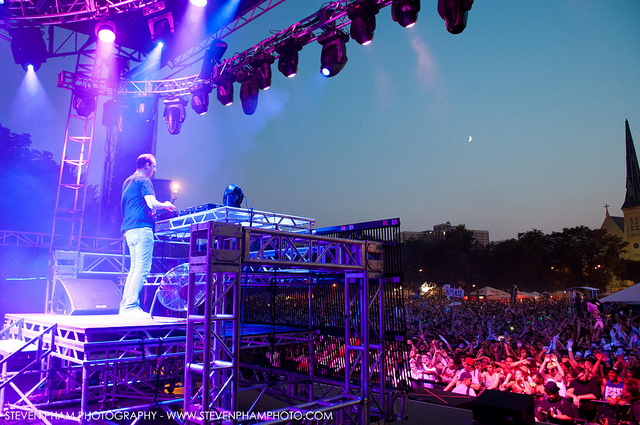 Joey Youngman, better known by his stage name Wolfgang Gartner, is a Grammy-nominated American house music producer and DJ. Youngman created the Wolfgang Gartner name in late 2008 after establishing a moderately successful name as a Deep House DJ. Not wanting to be criticized for such an abrupt departure in style, Youngman created the name anonymously. Gartner’s identity was revealed officially in July 2008. Since then, the beats have been dropping!
A total of eight of Gartner’s songs have held the #1 position on the Beatport Top 10 Chart. His single “Wolfgang’s 5th Symphony” was the highest selling song on Beatport.com in 2009.
On September 20, 2011 Gartner released his first full length album Weekend in America. It peaked at #2 in iTunes’ dance chart and #1 in Beatport’s album chart. Gartner also collaborated with Deadmau5 on “Animal Rights” and with Skrillex on “The Devil’s Den.” Both are amazing tracks and you better believe he will be dropping ‘The Devil’s Den’ on Sunday.

Gartner is ranked #7 in the “America’s Best DJ” poll and #56 in the “DJ Mag Top 100” poll. Get ready for an energy packed, bass filled set at 9pm on Sunday night at Da Equinox Stage.

Be sure to check back tomorrow for our 2-part Headliner Spotlight: Afrojack and Skrillex 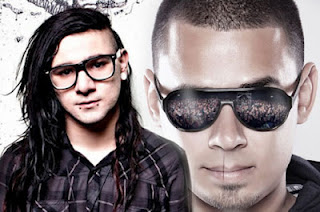