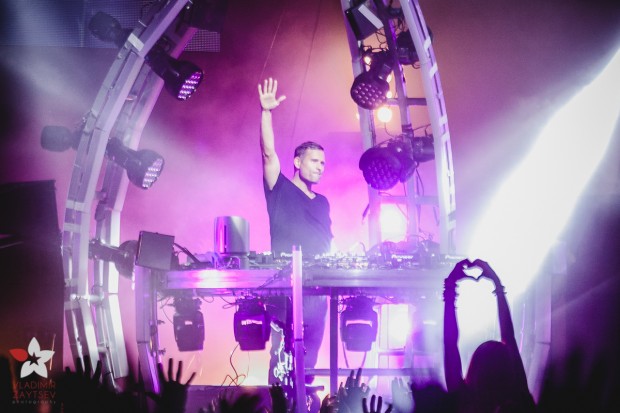 Those who were lucky to attend Kaskade’s homecoming Chicago stop of his Atmosphere Tour on October 12, 2013 at Navy Pier’s Exhibition Hall were in for a massive treat. The tour dubbed “Big Rooms; Small Tour” saw the artist playing to larger crowds in larger venues, but only on as few as four stops. Highlighted by an enormous and elaborate stage set up that included hovering motion LCD screens displaying ever-changing imagery along with a colossal DJ booth often resembling a spaceship, the show was a blissful display of a perfect union between visuals and music. 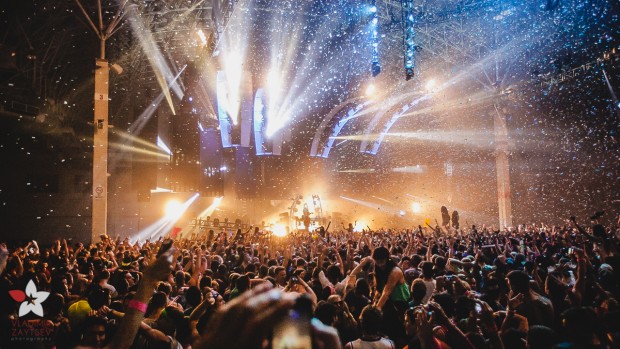 The two hour set composed of past and more recent material included all of his big hits such as Eyes, Angel On My Shoulder, and Room For Happiness; as well as newer favorites such as Last Chance (his collaboration with Project 46), Feeling The Night and of course, the title track from his most recent LP, Atmosphere. Some of the many highlights included Lights singing live on the hit track No One Knows Who We Are that echoed the emotional mood created by the show and also by much of the artist’s work. Lights’ haunting and smooth female vocal translated well enough to provide chills for all.

The inclusion of his rare but widely celebrated remix of Lana Del Rey’s summer smash Young and Beautiful resonated quite well with the crowd as it was a perfect example of the appeal of Kaskade: combining beautiful vocals and catchy melodies with festival-ready drops and pulsating beats. Closing the show with the brilliant mash up of Martin Garrix’s Animals and his own hit Turn It Down – renamed Turn It Down Animals – brought the event to a highly effective climax. Using the verses of his hit containing Rebecca & Fiona’s eerie vocals and then proceeding to replace the chorus with Garrix’s most emotion inducing part of Animals brought the crowd into a frenzy in spite of the use of the most popular and widespread drop of 2013. 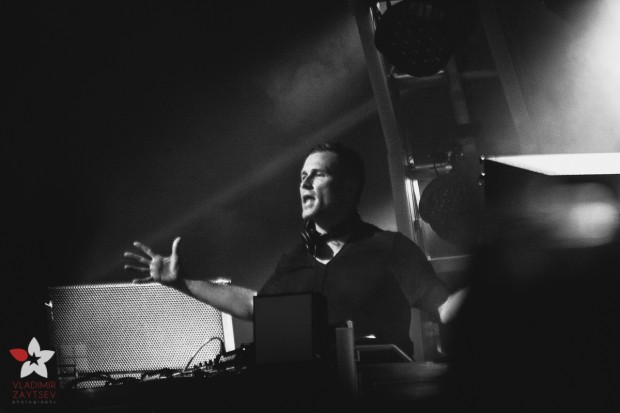 Although the size of the venue is colossal and the sold out crowd was composed of 8,500 raging fans, the show set up was large enough to accommodate everyone in the room allowing for a pleasant experience to be had by all. As evidenced earlier in the night by multiple fans that attended the meet and greet before the show who held up homemade signs insisting they were drug free as a result of the producer’s public plea while promoting the tour, the overall mood and energy of the show was very positive. The fact that Kaskade chose to promote a drug free environment, a topic many artists choose to avoid, was a breath of fresh air as clear and crisp as the music that he creates. Kaskade’s success isn’t only the result of years of skillful production and a rich catalog of chart topping dance hits but it is the outcome of a family man who cares about his fans and about the influence that he projects. Perhaps the show should have really been called, “Big Rooms; Small Tour; Huge Heart”.