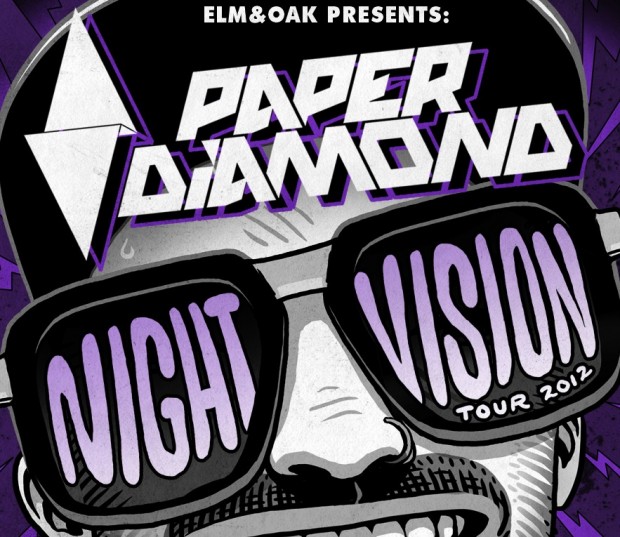 “I’ve been waiting for today for SO LONG,” tweeted Paper Diamond Saturday afternoon. And if the line of fans stretching down the Dearborn St. Bridge eagerly waiting for the doors to open provided any evidence, PD wasn’t the only one. Once 11:59 pm hit and the fans begin filing into Chicago’s House of Blues, the enthusiasm in the crowd only grew. As the theater quickly filled up, opening acts Eliot Lipp and Clicks & Whistles got the sold out crowd bumping, not that much encouragement was needed.

The crowd stepped it up to another level as Paper Diamond took his place inside the huge LED diamond that is his stage. PD ripped through a dynamic set, featuring original tracks from his 2011 debut EP “Levitate,” his trap heavy EP, “Wavesight,” fresh remixes, including one of my favorites, SBTRKT’s “Wildfire,” featured on his Night Vision Tour Mix, plus unreleased track goodness. With the all new Diamond Cutter Video/LED production backing him, Paper Diamond led the crowd through an intoxicating set of trap, dub-step, and house, only briefly pausing several times to shout out his love for Chicago. After nearly bringing the roof down with his new track, “The 40 Thieves,” Paper Diamond wrapped up his set to the enthusiastic cheers of a crowd obviously satisfied and more with the nights show. 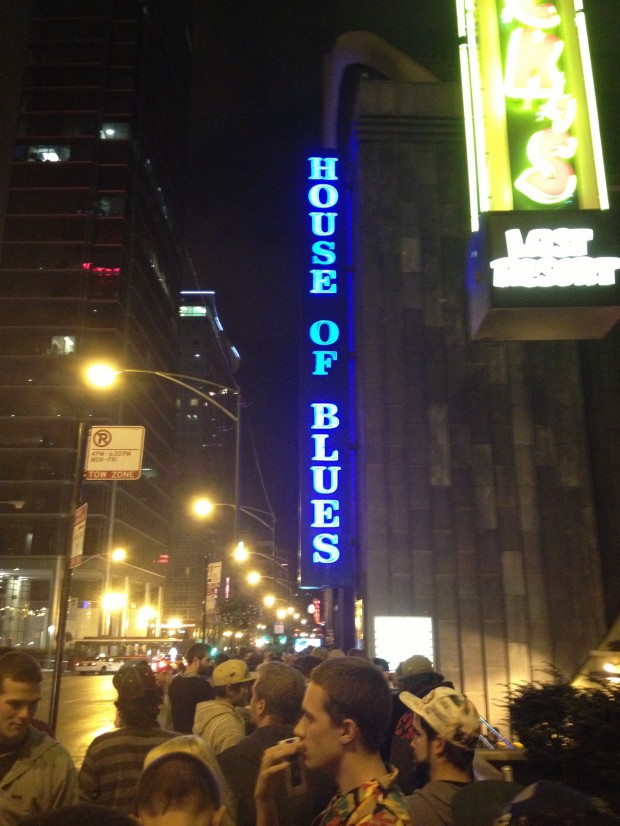 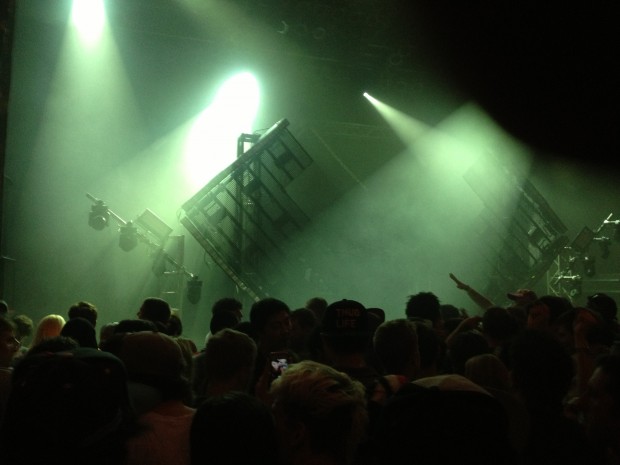 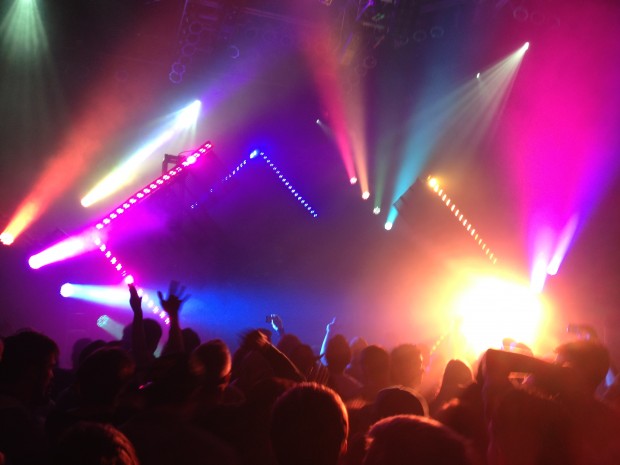