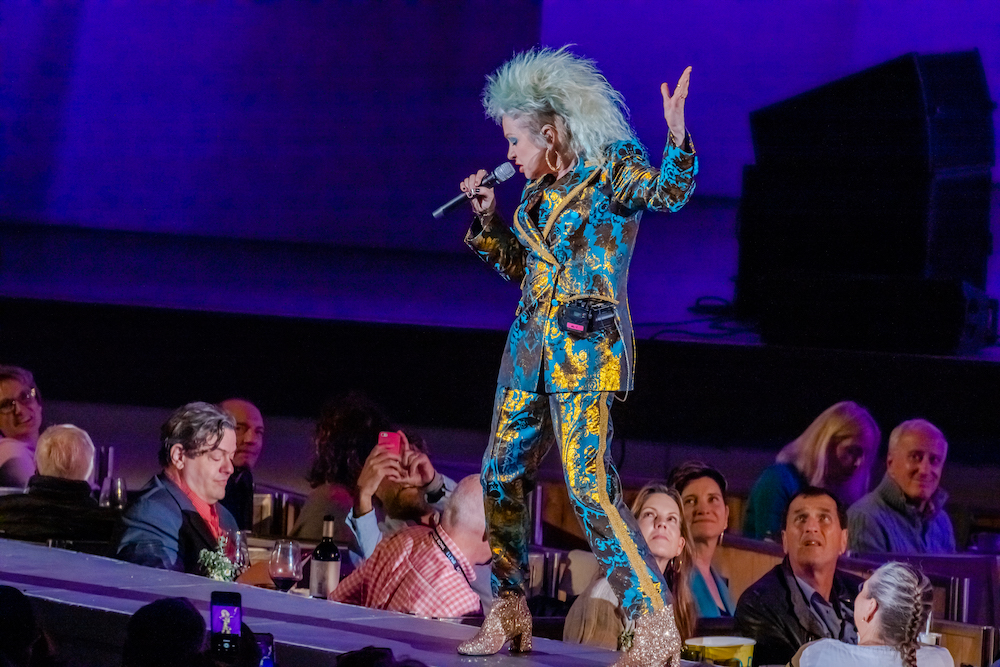 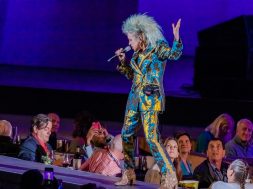 With a legendary career spanning more than forty years, Cyndi Lauper has proven herself as one of the most respected solo recording artists of all-time. On the night of Saturday, July 13th Cyndi Lauper took the stage to headline her second night at the Hollywood Bowl. Backed by the world-renowned Hollywood Bowl Orchestra, Lauper seemed to still be recovering from her bee sting the previous night as her performance began with a bit of a struggle. As she began to quickly command the stage and ease into her set, Lauper’s set quickly improved after her first few opening songs. Lauper’s comedic humor added to the radiant energy of her set as she joked about the bee that she had stepped on the night before.

Best known for staples 80s songs such as “All Through The Night,” what only true Cyndi Lauper fans seem to know is that she is an extremely talented dancer, multi-instrumentalist, and comedian, further strengthening the quality of her one-woman act. Cyndi entertained her audience as danced across the stage, marched into the audience serenading the massive crowd, and told antidotes about her life and struggles over the past forty years of her career. One of the highlights of the evening was when Cyndi performed a xylophone solo on her hit “Girls Just Want to Have Fun,” which resulted in the audience getting up to dance. Lauper further proved her musicianship as she performed her dulcimer over her hit singles “Time After Time” and one of her final tracks “True Colors.” Lauper ended her show with a poignant and inspiring performance of her anthemic “A Part Hate” featuring visually impaired young adults from the Country School.

Opening for Lauper was one of the world’s most talented jazz singers, multiple Grammy-winning solo artist, Cecile McLorin Salvant who had previously opened The Bowl for Bryan Ferry several years before. Salvant showcased the more accessible side of jazz, selecting popular songs such as “On the Street Where You Live” and classic “The Trolley Song.”

In short, the essence of Lauper’s performance was best demonstrated by the strength and power she exerted during her emotive and beloved ballad “I’m Gonna Be Strong.” Lauper is an empowering vocalist and solo artist who over the last forty years has helped lead the way for many other female musicians. As we see the resurgence of 1980s elements in contemporary music, Cyndi Lauper continues to withstand the test of time and garner the respect and recognition she so rightly deserves.