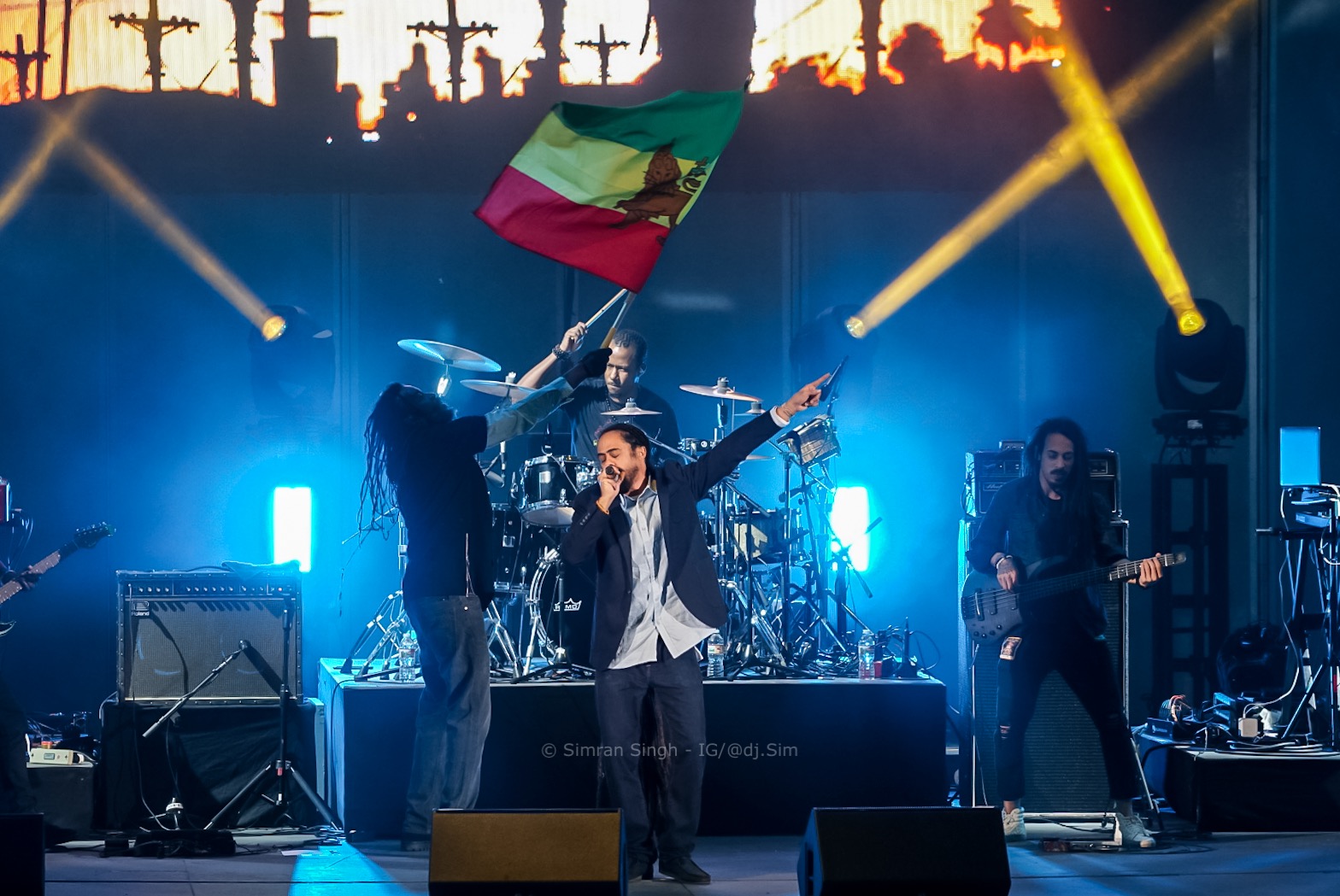 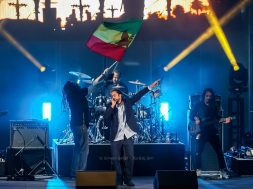 Rounding out Fourth of July weekend celebrations, Damian Jr. Gong Marley and two of his collaborators, Third World, and Kabaka Pyramid took center stage for the KCRW World Festival 20th anniversary at the revered Hollywood Bowl on Sunday, July 7th. One of the annual traditions and highlights of this event series has become Reggae Night and this year marked an especially noteworthy showcase of tremendous talent.

The show kicked off with a compelling opening set from reggae veterans Third World. One of the oldest reggae bands around, Third World was first formed in 1973. Their eclectic “reggae fusion” sound intertwines elements of funk, R&B, dancehall, and pop. Performing their greatest hits such as “Forbidden” in addition to some new tracks featured on their forthcoming album, produced by Damian Marley, the enthusiastic crowd was pleasantly entertained by their highly impressive musicianship and emotive performance. Highlights of Third World’s set included lead singer Brown’s rendition of classical ballad “Ave Maria” and founding member Stephen Cat Coore’s solo cello version of Bob Marley’s classic “Redemption Song.”

Arriving after an unexpected travel delay, socially conscious, award-winning artist Kabaka Pyramid made his Hollywood Bowl debut with a very short set of three songs from his first album Kontraband, produced by Damian Marley. Through his powerful words of peace and hope, Kabaka Pyramid captivated the crowd with his unique blend of hip-hop influenced reggae.

Following in his father’s footsteps, Damian “Jr. Gong” Marley has gone on to become one of the most influential reggae artists of all-time. Marley has become renowned for fusing his father’s legendary sound with the fast flow and spirit of dancehall and hip-hop. Delivering a stellar headline performance and sporting floor-length dreadlocks, Marley was accompanied by a talented group of prodigious reggae musicians. He performed various songs featured on his latest LP Stony Hill, which won the Grammy for Best Reggae Album in 2018. The most notable highlight from Stony Hill might have been when Marley performed “Medication,” a track, which as it might sound pays homage to medical marijuana. With a backdrop featuring iconographic images of marijuana, Marley expressed his positive sentiments towards Los Angeles and the state of California, glorifying it as the hub for medical marijuana. Marley then broke into a tribute to his father performing legendary songs such as “Could You Be Loved,” “Is This Love,” and “Get Up Stand Up.” Marley closed the show with fan favorites including “Road to Zion” and “Welcome to Jamrock,” solidifying why he has become widely recognized as one of the greatest reggae talents of our time.