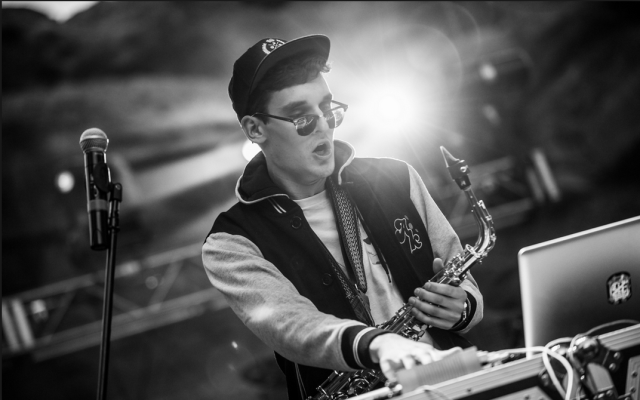 Kids these days will never appreciate what it was like growing up in the 90’s. I’m sure all of our parents have said that in their lifetime about us, but I digress. The 90’s represented a significant shift within our world, one that transformed us from a largely consumer analog world to a digital one. The proliferation of the Internet and household computers brought information to your fingertips (at the same time antiquating the 50 volume Encyclopedia Britannica set you had) and gaming consoles immersed you in 3D worlds with explorable environments and no matter how much time has passed it still feels like it was yesterday. To put things into perspective, kids born in 1995 are now turning 21, the Nintendo 64 was the system of the decade, and in the Summer of ’97, Men In Black, Air Force One, and The Fifth Element were Box Office hits while songs like “MmmBop”, “I Believe I Can Fly”, and “Return Of The Mack” were topping the charts. Capturing the #nostalgia of those summer days is GRiZ, dropping a downtempo electro funk with good friend Muzzy Bear plucking the guitar strings.

“I felt like spreading the love and dropping a summer vibes tune for everyone today,” says GRiZ. “This was a song that I started last summer but by the time I finished it, it was almost winter and the timing was a bit weird so I continued to refine it and waited. Muzzy Bearr on the guitar.”

In addition to “Summer ’97”, GRiZ has also released a behind the scenes look at the making of his latest, critically acclaimed album Say It Loud. Featuring names like Talib Kweli, Daptones and Antibalas, the BTS documentary will give fans a sneak peek into the Detriot producer’s creative process. “From West Coast to East Coast; deep in the city to the middle of the woods, Say It Loud is about finding the ultimate funk groove.” Stream it below.