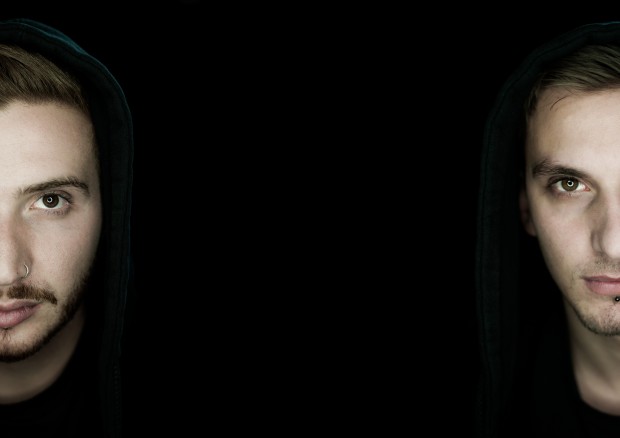 After a year of involving myself professionally in music, I’ve come to the conclusion that I am not for everyone. It’s a realization that musical choices, genres and selections are nothing but personal. The array of musical assortment comes in a tremendous amount of different shapes, sizes, sounds and frequencies. And none of it is for everyone. That’s the beauty of being creative. You’re expressing yourself, and what it means to you may mean the world to another person, or it may not be for them.

Living in a city like Vancouver, my live musical selection isn’t the largest nor is it the most diverse. I do however have a few companies here that work hard to bring as much electronic musical culture to our city as possible, and it’s definitely growing. Thanks to one of the largest, Blueprint Events, we have a selection of festivals here too. Last weekend I had the pleasure of attending Seasons Festival held at the Pacific Coliseum.

Another thing I’ve learned in the past year is that if it’s meant to be, it’s going to materialize and usually you don’t know what these things are until they’re already happening to you. Through an adventitious connection in Miami two weeks ago, I was asked to interview the Australian duo SCNDL during their time here in Vancouver. It wasn’t until the interview was completed and I was sitting with the boys talking about music and energy and life and everything in between that I realized I needed this. I needed to remember why people love this culture so much. I tend to get lost in trends and musical statements when what I should really be doing is embracing whatever the fuck I want to be listening to, whenever I want to be listening to it.

I walked into the venue alone, something I find myself doing without hesitation these days. Watching from above, I could see the energy Tom Grant and Adam Amuso were creating with their crowd. When I see DJs having that much fun, I remember why we’re here in the first place. By the end of the set their crowd had tripled and the swarms of fluffy-wearing-sparkly-neon outfits were all resonating with positivity. To be honest, rave culture may be dying, it may be getting younger, but I think it’s just the next generation learning and growing and experiencing what we have been for years.

After meeting at an after party, Tom and Adam found themselves at each other’s houses watching YouTube tutorials on making music. There was a bit of piano background there but most of the learning came from the Internet. They started out making bounce, moved to more electro/complextro stuff and eventually came back full circle. This doesn’t hinder them from exploring other genres however.

“It started off as minimal, it’s an older genre but it’s progressed heaps. Because we were living in Melbourne, being surrounded by bounce all the time it’s kind of easy to catch onto your influences. We didn’t want to make bounce that everyone else was making. We still managed to get ideas and influences from other genres like trap and hardstyle. So we were focused, and if we were going to make bounce, we were going to make it different.”

“In our own time we make heaps of other stuff. Trap, slow deep house, anything really, we just don’t release it under SCNDL. If you stay in one genre you’ve got a creative lock on you. But we’ve got some weird shit to put out that’s for sure; I think people are really going to be surprised. We’ve been writing on the road and been really inspired.”

SCNDL are wrapping up a North American tour and after a few more shows they’ll be heading home to Australia. I asked them about their American fans since Melbourne bounce is such a new genre here.

“Something we’ve noticed in North America is people really come out for the music. Whereas other parts of the world people just go out to go out and be seen. For example tonight! Our set time was at 7:30 and there were people in there going OFF! We also have so many fans out here it’s incredible. Bounce has kind of become too popular in Australia, and now it’s infiltrating America and Asia and people are starting to pick up on it in other parts of the world.”

They’ve just finished a 12-month residency at Pacha in Sydney that has humbled them and taught them so much.

“We had our own night! We got to sit down with everyone that does Pacha and design costumes for the dancers, production, lighting everything! And this was all a year ago when we were doing less than we are now, so we were so humbled to get that opportunity with such a big brand. The stuff they did really made us realize we have to put a lot of effort into our live shows. It makes such a difference. So when we started playing these bigger festivals we thought, “OK, what did they do?” They made us make an intro, a closing track all these elements we didn’t think of and they obviously know what they’re talking about. It was such a great learning experience.”

“2015 is going to be huge for us, we’ve got Asia, Europe, back to Canada in May and then the festival run in Australia at the end of the year. We have tons of music ready to come out that we’re just sitting on right now. It’s all ready and we’re just waiting!

We really just wanted to give a shout out to all our fans and thank them for the support they’ve shown us. Especially here in Vancouver tonight, Seasons was so much fun and we were so happy to see everyone in the crowd having a great time with such good energy.”