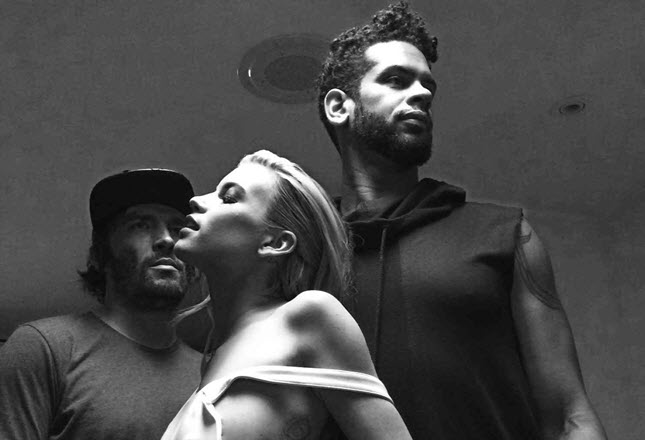 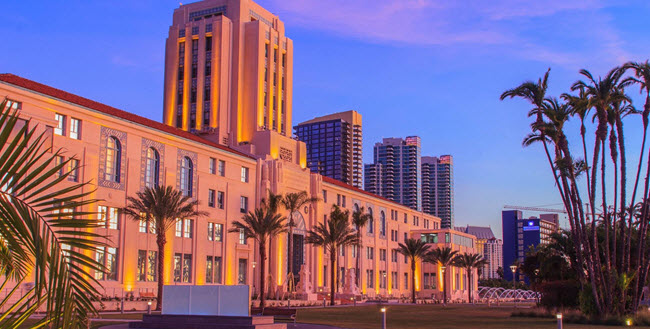 Despite her name, Aussie radio host Nina Las Vegas is embarking on her first North American tour this spring. CRSSD is the first festival on the Aussie’s packed schedule, which also includes showcases at SXSW in Austin and WMC in Miami. Here’s a chick who is truly all about that bass–her sets are full of bouncy rhythms and some serious drops that are guaranteed to wake up a crowd. And apparently she’s got a thing for smirk emojis, which makes me like her even more.

It’s no secret that Australian dance music has had remarkable success in the States, with artists of the future house movement such as Flume and Anna Lunoe becoming household names on club and festival rosters. As a successful tastemaker in Australian dance music already, Nina is all set to join them. On her Facebook page she recently posted “yo i’m only playing music made by females and it’s super easy cause it’s not that uncommon and it’s all very good.” Rock on, Nina.

Check out her latest remix of Anna Lunoe’s “Say It Again” below:

_________________________________________________________
9. SNBRN
This Los Angeles native made waves on the west coast in 2014 with feel-good, breezy remixes to tracks such as Morgan Page’s “In the Air” and even 50 Cent’s “21 Questions.” While some may pick out similarities to the tropical house genre, fronted by fellow CRSSD performer Thomas Jack, SNBRN stakes his own claim on the dance world with a sound he calls “sunset house,” a catchy blend of deep house, indie dance and nu disco. Expect to see a lot more of these four letters popping up on music festival rosters in 2015; SNBRN is already scheduled to perform at Electric Forest and Lightning in a Bottle festivals after CRSSD. His music seems completely at home here in San Diego, where carefree, sunny days are plentiful and everyone seems to agree that life is pretty damn good…just like his first original track “Raindrops” below:

Odesza may have some of the most remixed tracks of the last year, but that’s not to say they can’t hold down a set on their own. Their distinctive sound is comprised of glitchy vocals and muted, yet seemingly abyssmal bass. The result holds an ethereal appeal; the combination of such different elements of dance and indie music with such finesse has established them as one of the most forward-thinking artists in the future house movement. This round of shows from their “In Return” album have promised to raise their live performances to new heights. If the CRSSD organizers know anything, hopefully they have slotted Odesza the sunset timeslot; the dreamlike quality of their music would make a perfect soundtrack to the gorgeous backdrop of the Ocean View Live stage.

Few producers can artfully combine electronic instrumentals and emotive vocals quite like Goldroom; his tracks have an effortless and romantic quality to them, possessing the ability to brighten my mood with the press of a “play” button or make me tear up with a few lines of vocals. I still blast his “Mother Protect” remix on a regular (read: almost every day) basis on my commute to work to boost my spirits before fighting the fires of corporate life. Josh Legg’s music is of the quality that people don’t just listen to–something about its velvety quality and slightly tropical essence makes you feel at home in a profound way. Whether seeing Goldroom’s set with your significant other, your best friends, or even dancing by yourself, he’s going to transform Waterfront Park into a beachside, sun-drenched utopia.

If you were lucky enough to get to Ibiza this summer, you’re probably familiar with Patrick Topping’s club anthem “Forget.” For those of us who were stuck merely dreaming about the dance music mecca, CRSSD is bringing a bit of Ibiza to the States, and with it the 25 year old Hot Creations rising star. As if being among Jamie Jones’s inner circle wasn’t enough talent cred for Patrick, his smash collaboration with Green Velvet (“Voicemail”) should do it. Oh, and there was being featured on Pete Tong’s “Future Stars” feature of his radio show… His type of tech house is my festival genre of choice, so needless to say I have high expectations for his set. His track record speaks for itself; I’m sure I will not be disappointed.

Versatility is a sign of a truly talented producer, and Caleb Cornett has it down. Amtrac knows how to rile up a crowd with house-y beats, but he can also get the groove going on the dance floor with deeper tracks. Thus far in 2015 he has been on the roster of Destructo’s reputable HARD events, including a set aboard Holy Ship, which is fast becoming a destination festival for more seasoned partiers after Ultra and Electric Daisy became too overrun with the EDM crowd. Most recently, Amtrac announced that he will be playing at Kaskade’s Redux party during WMC, a show that is sure to be among the most popular of the Miami Music Week events. CRSSD will be my first time seeing a live set from him, and I personally can’t wait to see what he has up his sleeve.

Hot Creations has quite possibly been the most innovative, groundbreaking label in dance music over the last decade. It helped bridge the gap between original, minimal techno and the deeper, more melodic version that often graces our ears today. Jamie Jones is the driving force behind the movement, a quintessential face of true modern dance music. Given his Soundcloud bio, one could also argue that Seth Troxler think he’s the greatest DJ on the planet (and hey, the man is talented), so the b2b set these two are putting on for the closing day of CRSSD is bound to be a treat. Don’t miss this one.

_________________________________________________________
3. THOMAS JACK
Tropical house is a fitting soundtrack to Southern California’s perma-summer lifestyle, and Thomas Jack has become synonymous as the forefront of the newly minted genre. The 20 year old Australian native has been making fans around the globe want to flock to the nearest beach and drink mimosas for the past year straight with his Tropical House Volumes, which have featured Kygo and Robin Schulz. His podcasts may be on the softer side of dance music, but much to my surprise, his live sets have been a seamless blend of techno and his signature, breezy remixes. After a sold out tour in the first months of this year, it is evident that Thomas Jack has enchanted listeners, and for good reason. On Saturday night, he will be playing alongside the legendary Pete Tong on a yacht for CRSSD’s most hyped afterparty.

As if Lee Foss and MK weren’t enough techno and house bliss by themselves, they joined forces with singer/songwriter siren Anabel Englund–most popularly featured on Hot Natured’s “Reverse Skydiving”–to form the newest supergroup in dance music. The trio’s chemistry is audible in their releases “Electricity” and “Ghost in the System,” featuring a fathoms-deep, dark house sound accompanied by Anabel’s goosebump-inducing vocals. Pleasure State’s tracks are an adventure into a decadent world pulsing with innuendos and riddled with raw, haunting emotions. Plus, I don’ t know anyone who doesn’t love the “Ghost in the System” video; Lee, Marc and Anabel are true artists in every sense of the word, and I can’t wait to see them slay the dance floor on Sunday.

This guy holds legend-status in my mind, and Shall Ocin is his newest prodigy. Maceo regularly pulls off using orgasm samples in his mixes. I’m probably going to be on the floor during his set… and I’m just going to leave it at that.

To hear more of the awesome variety of musical genius CRSSD will be offering up attendees this weekend, check out the official festival playlist here: