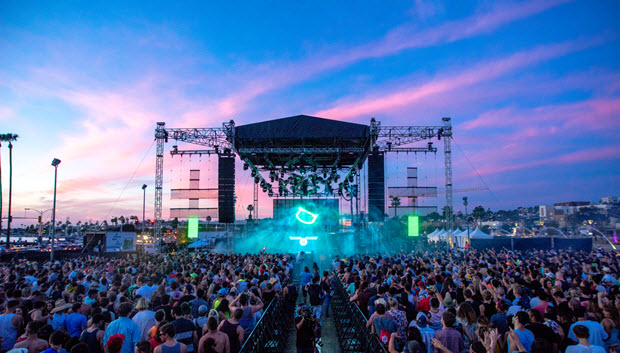 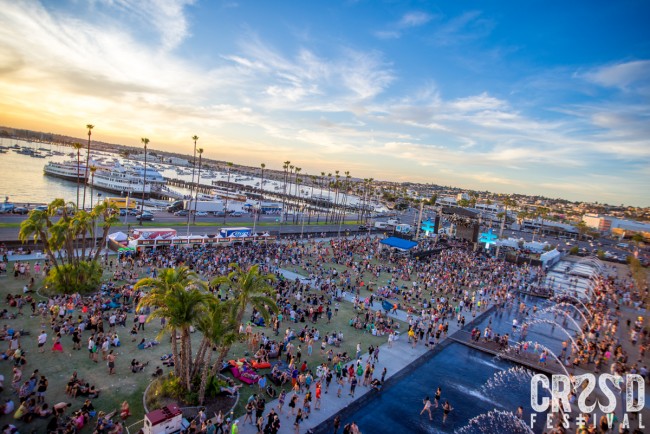 I knew I had severely outgrown EDM festivals when I stopped wanting them to go on forever. Instead of a longing for the next show, I was left with a guilt-ridden anxiety that lingered far longer than the inevitable ringing in my ears. I thought my festival days were done when I wanted to go home before events were halfway over when normally I would be rallying until the very last beat was dropped. I was seriously considering selling my Coachella ticket in favor of taking a relaxing weekend trip to the spa. I wondered what was wrong with me–I was the festival queen of my social circle, was I not? Festivals were my favorite thing in the world, right? So why were they suddenly leaving me with a horrible taste in my mouth?

Fear not, my friends–after last weekend at CRSSD, I can safely say that I’m back in the game. By establishing its inaugural event as a distinctly “non-EDM festival,” CRSSD was a refreshing breakthrough for dance music fans who have become disenchanted with the EDCs and Ultras of the scene.

That being said, I feel that it is necessary to champion the many elements of festival planning that CRSSD hit just right, as well as provide some constructive criticism on how to make next year even better: 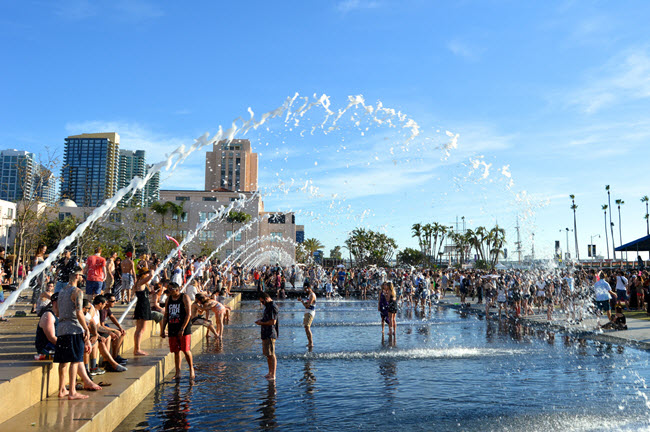 The venue
Festivals are very environment-oriented–if the venue is severely lacking in the ambiance department, even the best sets seem a bit lackluster. I might be biased because I live in San Diego, but really…could they have done a better job with the venue? The Waterfront Park provided absolutely gorgeous scenery to complement a wide variety of musical acts. Attendees had a view of the San Diego harbor on one side and the cityscape on the other. Come sunset, I could not survey my surroundings without thinking that everything was perfectly right in the world. A larger venue may be necessary if the festival expands in coming years, but at this size there is no better place in the city for it. 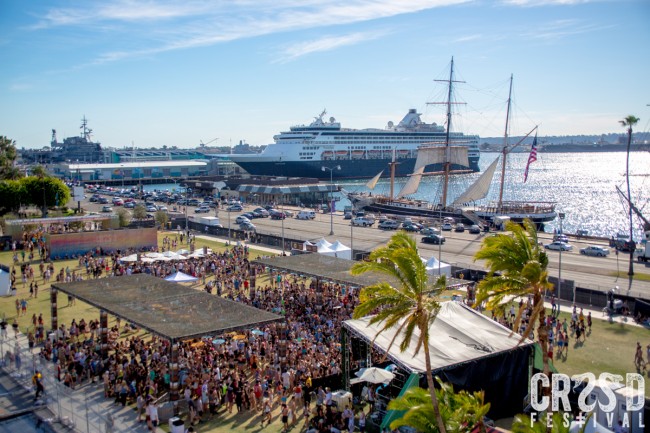 Amenities
Providing easy access to water and bathroom facilities is a key component of hosting a successful festival, but unfortunately this is one of the areas that CRSSD could improve upon. With only one bathroom location, attendees were forced to cross the entire grounds to relieve themselves if they were not posted up at the main stage. Installing another bathroom facility at the other end of the venue would be a significant improvement for next year. I’m sure some people were more than a little panicked when the festival ran out of water on Saturday night; although producers should in no way support questionable ways of enjoying music, they must be cognizant of the fact that some attendees will still be partaking. In any case, when it’s hot outside and people are dancing in the sun all day, they’re going to need a lot of water. Luckily, the issue seemed completely fixed on Sunday, so props to the organizers for jumping on it immediately.  Having lockers and cell phone charging stations readily available for attendees made it easy to store extra necessities without worrying about theft or loss.

Logistics
Entry into and exit from the venue was easy, for the most part. After waiting in line for more than an hour just to enter some festivals and being treated rudely by their security, CRSSD was an absolute breeze. The staff was friendly; one woman even told me “I’m just trying to get you in here and make this as painless as possible,” when (lightly) searching me for entry. Even walking for a half mile or so after the festival to find a cab home was enjoyable, and rides were relatively easy to secure due to the variety of third party cab services available. 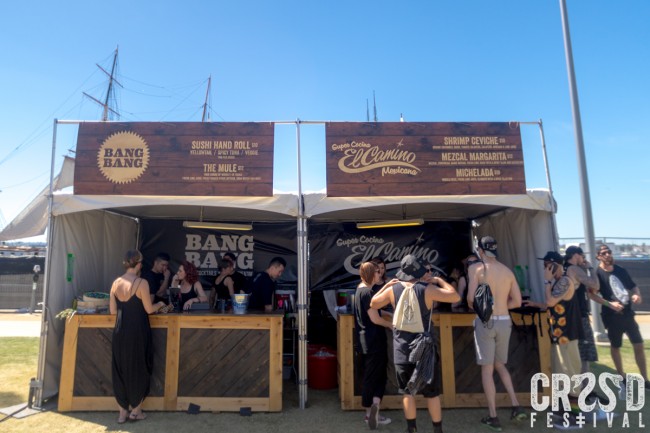 Food and Drinks
Nothing says “San Diego foodie scene” like gourmet eats, craft cocktails and local brews. Sushi, ceviche, and oysters were served up by some of the city’s best restaurants alongside Moscow mules, margaritas and champagne. Beer lover? No problem–CRSSD sourced some of the best breweries around, such as Ballast Point and Saint Archer, and even had cider for those of us with more girly taste buds. So much better than standard Bud Light. CRSSD kept its “grown-up minded” theme by (literally) catering to fans who enjoy the finer things in life. Why compromise at a festival? You get me, CRSSD. 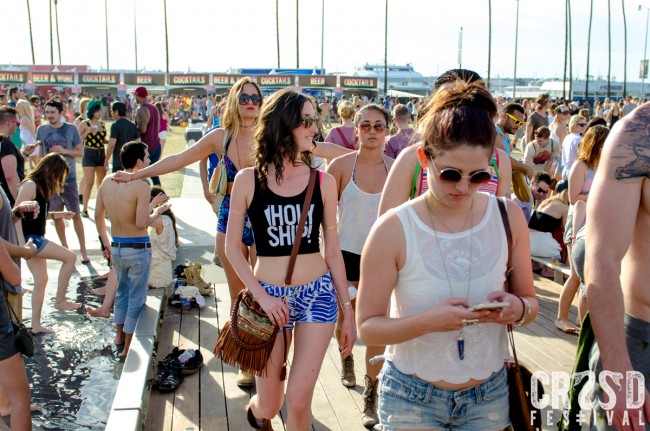 The Crowd
Part of the beauty of festivals is the wide array of people they attract, all gathering together for the sake of music. In recent years, however, I have found the crowds at events such as Ultra and EDC to be out of control, in terms of both looks and behavior. Sure, everyone should be able to express themselves freely, but I do not think that girls wearing nothing but pasties, thongs, and furry boots are expressing anything–except maybe their desire to become strippers in the near future. “EDM” festivals have become synonymous as places where kids with no appreciation for real dance music congregate to take copious amounts of drugs and get as out of their minds as possible. Sadly, events such as Electric Zoo have paid costly prices for the mistakes of that crowd. By “highly discouraging” rave attire and booking a lineup that catered to a more developed musical palette, CRSSD attracted a crowd full of SoCal’s finest babes and bros who knew how to dance to both the seductive tech sounds at the City steps and the more pop-influenced music of live acts. 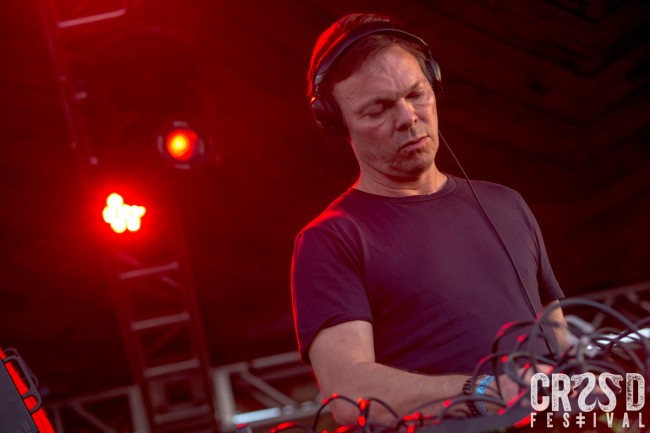 Last but not least…the music!

With parents like Coachella’s Goldenvoice and San Diego party experts FNGRS CRSSD, this festival was bound to pull a heavy-hitting lineup. However, I wasn’t expecting its first year roster to be quite this incredible. The producers pulled inspiration from the likes of BPM and Sonar festivals to create an avant-garde lineup that combined live acts such as Goldroom with indie-dance groups and underground tech house legends like Lee Burridge and Pete Tong. 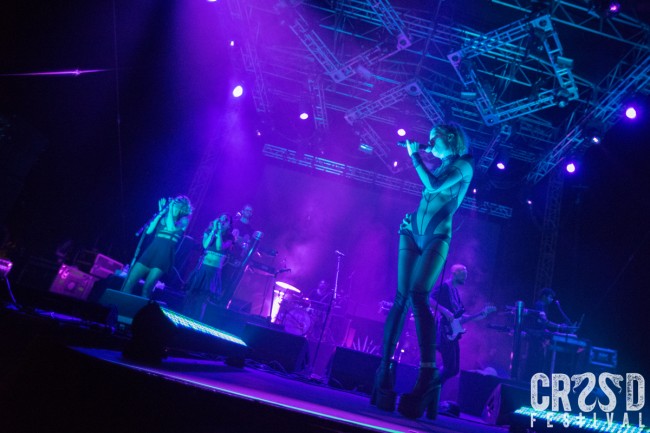 Lee Foss, Jamie Jones and company stole the show as Hot Natured at the main stage on Saturday night. Seeing a live Hot Natured show was a novelty for many attendees, and they made sure to deliver. The super-group’s soulful, sexy mixture of deep house and disco had the good vibes flowing plentifully and perfectly captured the overall ambiance of CRSSD weekend. Watching Anabel Englund croon out “Reverse Skydiving” in that daring getup (which she absolutely rocked, by the way) was undoubtedly a highlight of the weekend. 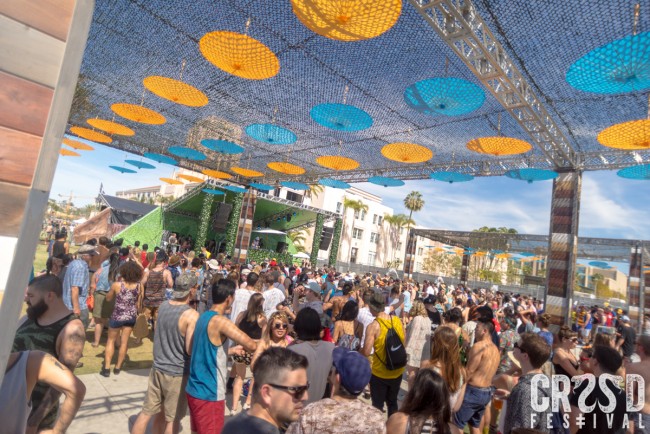 The Palms stage brought feel-good music with the likes of Thomas Jack‘s chill tropical house set and Pleasure State‘s groovy performance, although better sound at this stage would have done them more justice. Jamie Jones and Seth Troxler‘s b2b set was a crowd favorite–I almost felt as if I was on the beaches of Playa del Carmen at BPM while watching them mixing amidst the greenery onstage. 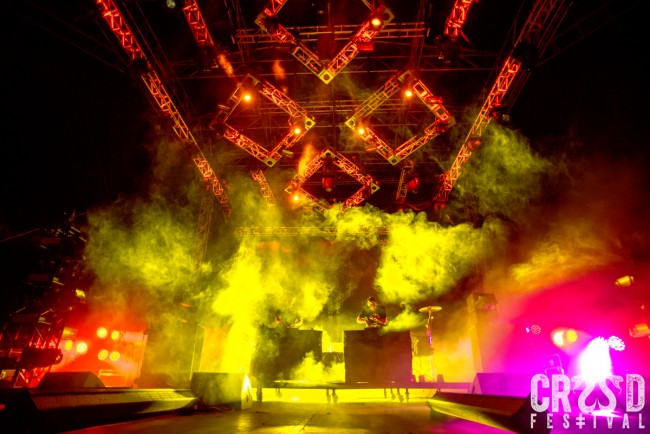 Over at the City Steps stage, a star-studded roster kept things deep and dark with techno-heavy tunes that had shufflers out in full force. Pete Tong took control of the day-to-night transition on Saturday by ramping things up with a memorable techno-influenced spin session before Lee Burridge closed out. I was most impressed with Danny Daze on Sunday–I had never seen him live, but he killed it with a versatile set that blended classic techno, disco and bass. Nothing could have prepared me for Maceo Plex and Shall Ocin‘s b2b closing set, though. It was my first time seeing Maceo live, and he soared above my expectations with a set that delivered his signature complex, dark, funky sound. Maceo and Shall took the crowd on an intense two and a half hour journey that was long enough to allow fans to see some of Justin Martin and Chromeo cap off the weekend at the other stages. 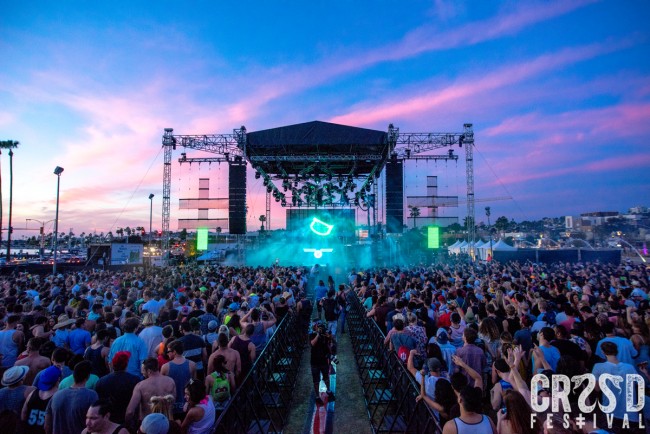 A week after CRSSD’s final sunset, I am still bathing in its afterglow. CRSSD was more than just the forward-thinking brainchild of Goldenvoice and FNGRS CRSSD: it was the catalyst that rejuvenated my jaded perspective and restored my love of music festivals. It already had a lot going for it, such as catering to the underground and future music fans, but I think its ultimate success cannot be measured in ticket sales or positive reviews.  Re-establishing faith in our scene is the greatest victory of all. 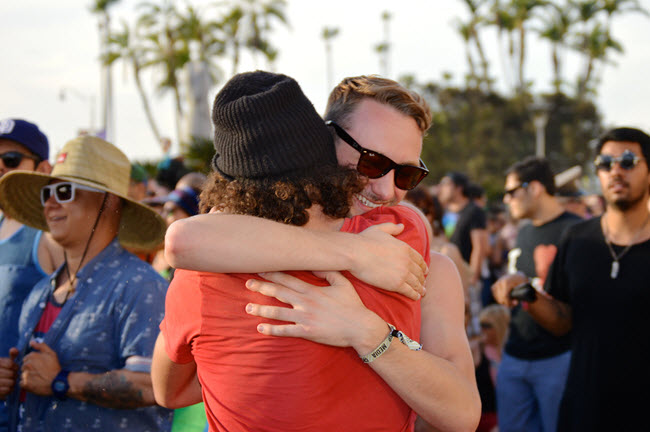