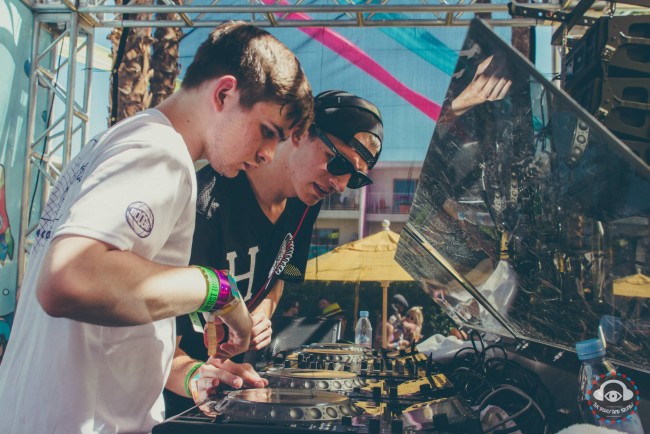 To say that 2015 was a big year for Louis The Child would be a huge understatement. With the likes of Taylor Swift and Lorde supporting their smash single “It’s Strange”, featuring K Flay, and massive festivals like Coachella inviting the duo to perform, the Chicago based producers should be prepping for a meteoric 2016. Nonetheless, LTC remain humble and it’s always a pleasure getting to see these two perform. (We recently bumped into them at Snowglobe Fest last week.)

I don’t consider myself the biggest hip-hop fan by any standard, but after the 9,322,234,453 time hearing it on the radio I can’t help but sing along to Ty Dolla $ign‘s “Blasé”. Mainly it’s just a bunch of censored f* bombs and what not, but when that lilting hook comes, it’s impossible not to arch your back and throw your hands in the air. (Think Tracy Morgan’s Dreamland vs. the Bernie.)

As all the young talent tends to do, Louis The Child showed up to work with a fresh new perspective on the industry standard, once again showing the old dogs new tricks. Bringing the future wobbles and punchy basslines in support of whippin’ Maserati’s, LTC has opened the door for Ty $ to make an appearance in upcoming festival sets this spring and summer (if in sound only).

Stream Louis The Child’s remix of “Blasé” below.