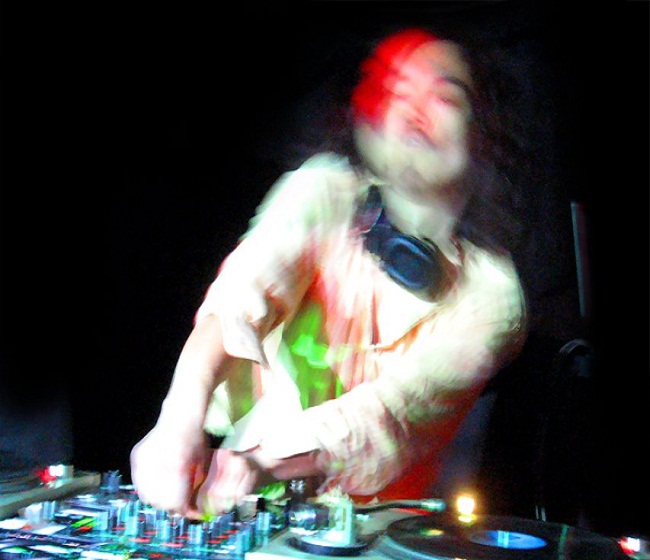 Drops of Sapporo beer on my tongue. Has to be Sapporo, not just because we’re going to see a Japanese DJ, and Sapporo is the quintessential beer of the world’s former second largest economy; but because beer in Asia, outside of Beer Laos, is a terrifying affair. Like if Bud Light had a bunch of clone babies, and then pissed on their face to make them hate the world. Like its beer, the Asian electronic scene leads to nothing but walks of shame. No strides of pride here for picking up your sedate pace, taking those fucking legs and moving them to the inanity of Vietnamese EDM. Vietnamese EDM is a repetitive as fuck 4/4 beat that freebased some cocaine and drank about 7 AMFs. Drops its drawers and all its packing is thin on quality. Still Asia’s got some standouts: Singapore or Tokyo.

Japanese indie music is packing, though.

Like cockslap you to the face with its thick, meaty complexity. Been enthralled by the Tokyo music scene. For, what, 3 years now. Since Burial paid it some love; and Western artists started to move there. And it became obvious, once electronica got some fire, that outside the West African artists, Tokyo was the future. Long time musician, DJ Yogurt (in his many incarnations and collaborations), is a key part of that vision. Thankfully, like his country’s beer, he was imported into Viet Nam for the night.
____________________________

____________________________
Took myself to The Observatory to see him. Across the river in Ho Chi Minh City, Quan [DISTRICT] 4 land. Used to be in Quan 1, right by the backpacker’s beat. Was full of douchebros. Dirty bastards that’d spoil your night telling you about how they were boarding a bus to Cambodia tomorrow. With baited breath, too. As if the Killing Fields were still active, the Khmer Rouge would dropkick them in the face or every other fucking backpacker in the area didn’t have the exact same story. But no more. The crowd is perfect. Hipster. Brooklyn-esque.

And predominantly foreign born. Or Viet Kieu (overseas Vietnamese). That’s important. Local Vietnamese are the fucking awkwardest people in Asia when it comes to the dancefloor. If it’s not big, commerical beats with a hook they already know, the dancefloor is empty. Like 350 people standing around tables staring out at a discotheque begging to be fucked by their feet. But, alas, no. Teasers. Never will forget the time Cargo Bar had Italian DJs in town. 572 Vietnamese stood on the edges. Counted them because I was bored, covering a music event that was clearly going nowhere. Save for the 30 some odd Westerners dancing like gauche ghosts, twirling themselves with too much room. 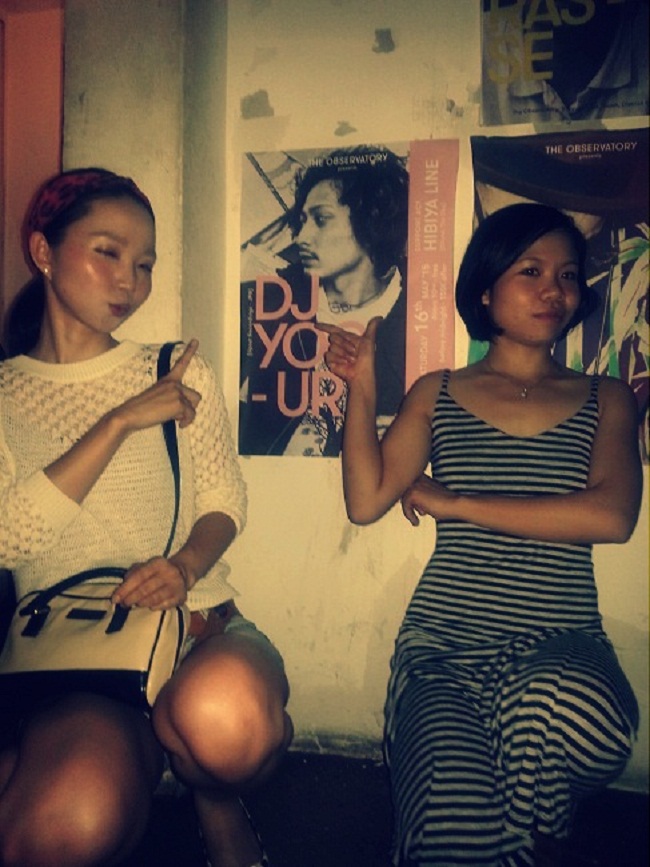 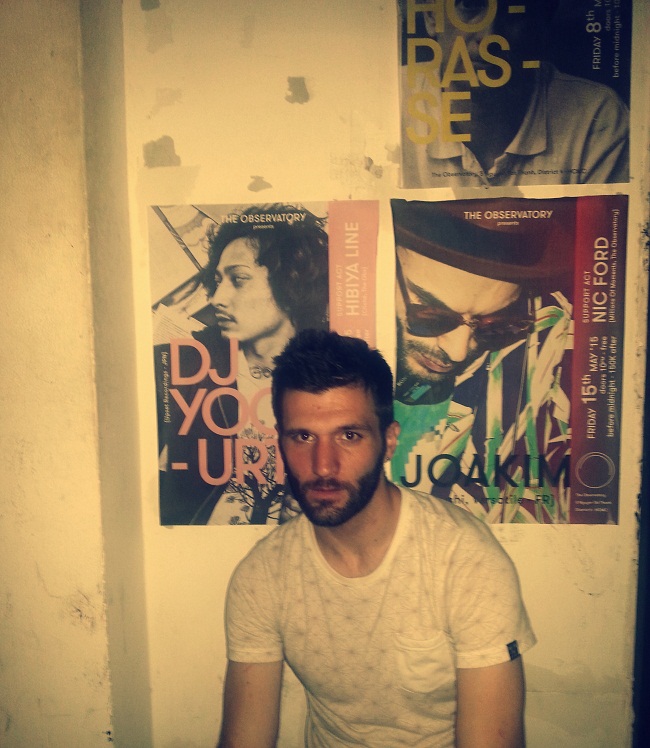 Say, 2 and a half Mes laid out horizontal from wall to DJ booth.

Perfect for DJ Yogurt. While he does classily dabble in some big boom boom EDM beats (see his remix of DVVBS’ “We Were Young”)– the meat to his bones is explosion to your soul’s face of colorful, experimental dance. 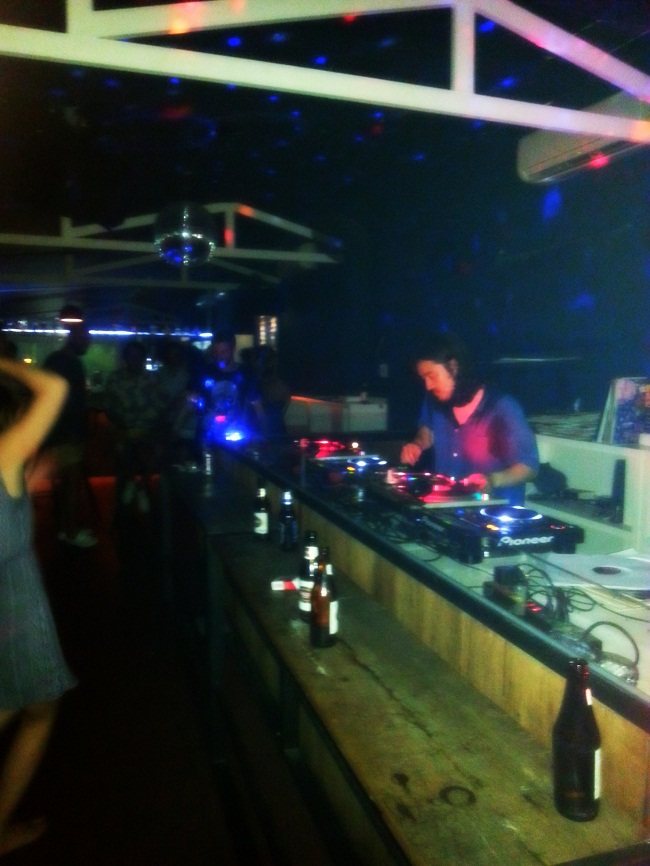 _____________________________
Spins his own beats. With fucking vinyl. Got no bones in the fight over the ‘lifechanging’ quality of vinyl vs electronic. Except to say don’t try and humour me and tell me I need to be lugging 300 lbs of music with me. It’s not 1975. And that doesn’t fit a music whore’s lifestyle these days. Hop, skipping my way from dancefloor to bedroom to international bus terminal with only a bag. But, whatevs. DJ Yogurt’s skill spinning is impressive, old hat. And more than a nice change from the Buzzfeedification of music, your DJ Guettas. With USB sticks as phallic carriers of all their ‘power’.

It’s not music that insults your body.

That takes three.four.five.nineteen.shots of patron to convince your tendons to take a risk on. To try the danger of telling your kneecaps it’s ok to muck around in diminished humanity. Never believe anyone when they say ‘oh, it sounds danceable, just do it. stop being such an uptight asshole.” Sorry, but like who I give my asshole up to, I also pick my DJs with equal care.