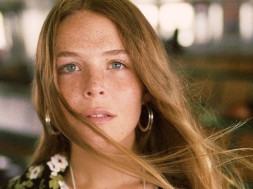 If you somehow missed out on the buzz over singer-songwriter Maggie Rogers over the last half-year, you might be wondering what the big deal is.

Growing up in rural Maryland, the synesthesiac, who feels a strong connection between color and music, found her solace in playing the banjo.

She released two folk records prior to graduating high school and began attending NYU’s Tisch School for the Arts a few years ago, complete with banjo by her side .

But amidst her transition she subsequently stopped creating.

Whilst studying abroad in France, she visited Berlin and went clubbing with friends. Rogers found an incredible, newfound release in dance music during those nights, something she had long believed to be an artificial genre.

And suddenly everything changed.

After moving back to New York, her newly instituted love had again inspired her and she began creating, combining her meditative experiences in nature with that of dance music.

Near the end of her senior year (June of 2016) Rogers found herself seated beside creative-influencer Pharrel Williams in a NYU master class.

Rogers played Pharrel her new piece at the time, “Alaska”. Watch below.

And the video went viral.

In a fairytale-like moment Rogers’ fan based multiplied overnight. The “Alaska” visuals now have over three million views on YouTube and near twenty-eight million streams on Spotify.

Maggie Rogers is the pure intersection of folk and pop that the music world needs right now.

Limelight-indie-pop has been somewhat fixated in this bleak, standstill of immense similarity. And for far too long at that, drawing the enormous allure and subsequent move of many of the genre’s listeners and artists to chill-step, EDM, what have you.

Now only 22 and with enormous potential, Rogers is young and humble. In a recently hand-written note shared via social media, she’s already expressed her desire to continue to create as an honest version of herself, as whomever that may become. 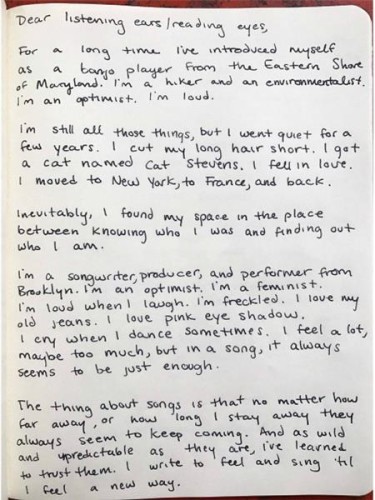 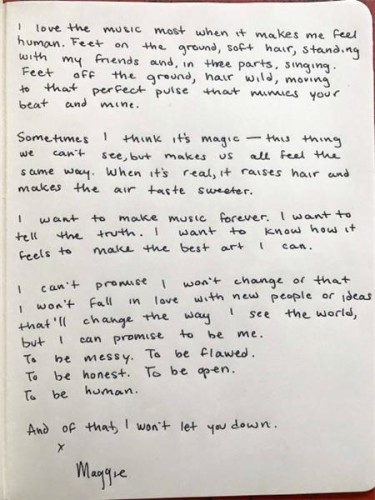 In the seemingly never-ending pool of artists that is 21st-century internet-age indie pop, Rogers’ unconventional sound may very well be the lifeguard that rescues the genre from the dark depths of the deep end.

In the current musical landscape where anyone can put themselves out there, Rogers is a ray of sunshine, and her newfound fame is a gift, certainly well-deserved.

Fellow female powerhouse Lorde, to whom she has been compared, recently wrote to the artist via Twitter.

“Learned to talk and say Whatever I wanted to”

Rogers’ EP “Now That The Light is Fading” (through Capitol records) was released on February 17. To this day she has nearly three million monthly listeners on Spotify and counting. Regardless of the excitement that lies within possible future collaborations with prolific female artists such as Lorde, Rogers’ sound is refreshing, incomparable, and unapologetic, all on its own.

Embarking on her first-ever headliner North American tour in March whilst working on a full-length record, Rogers is taking on the world, already building on what is a cohesive masterpiece through the release of several visuals.

Check Out Tour Dates and More