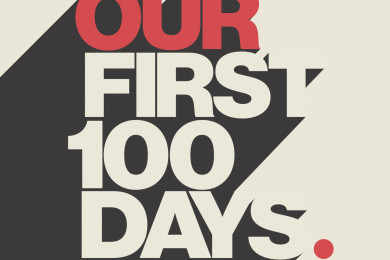 [NEWS] Get Familiar With The Music Initiative ‘Our First 100 Days’

March 20, 2017 Grace Fleisher
0
+4
0
If you’re not already familiar with the musical initiative, ‘Our First One Hundred Days‘, it’s not too late… Presently on day 60, the initiative (which began on January 20th, Inauguration day) has promised to release an exclusive song each day for the first 100 days of the United States’ Trump presidency. Working in conjunction with the […]
Read more