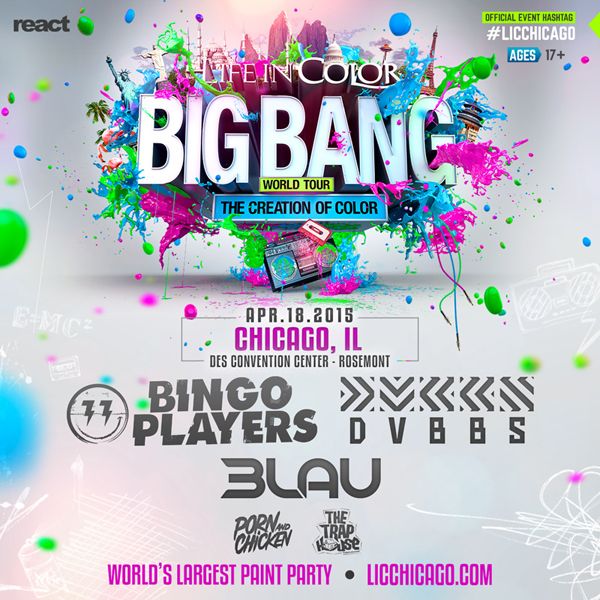 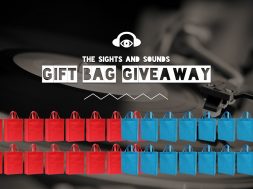 [GIVEAWAY] Help Us Grow And We'll Send You A Sights And Sounds Gift Bag!

ILLINOIS, ARE YOU READY?! Life In Color, touted as “The World’s Largest Paint Party”, is headed to the Donald E. Stephenson Convention Center in Rosemont, Illinois, and they are bringing a world-class group of DJs to add even more sensory overload to the colorful mix. Headlining the Rosemont stop of Life In Color’s The Big Bang World Tour, ‘The Creation Of Color’, is none other than the Bingo Players, DVBBS and 3LAU – guaranteed to make you wanna throw paint like an ADHD baby set loose in a Blicks after eating his weight in cotton candy. If that wasn’t enough, Chicago’s own Porn N’ Chicken and Trap House crews will be poppin’ plenty of paint bottles early on to tint the crowd up. Do you think you’re ready to be part of the massive, raging canvas this Saturday? IF you said yes, go grab your least favorite white shirt and jeans and keep reading.

The Sights and Sounds wants you and a friend to catch all the craziness at “The World’s Largest Paint Party”, so we’re giving away two (2) pairs of tickets to see Bingo Players, DVBBS and 3LAU on Saturday, April 18th in Rosemont, IL.

Their are two ways to enter:

That’s it! The winners will be announced April 17th at 12pm (PST). Good luck!

Tickets for Life In Color’s “Big Bang” in Rosemont with Bingo Players, DVBBS, and 3LAU can be purchased here.