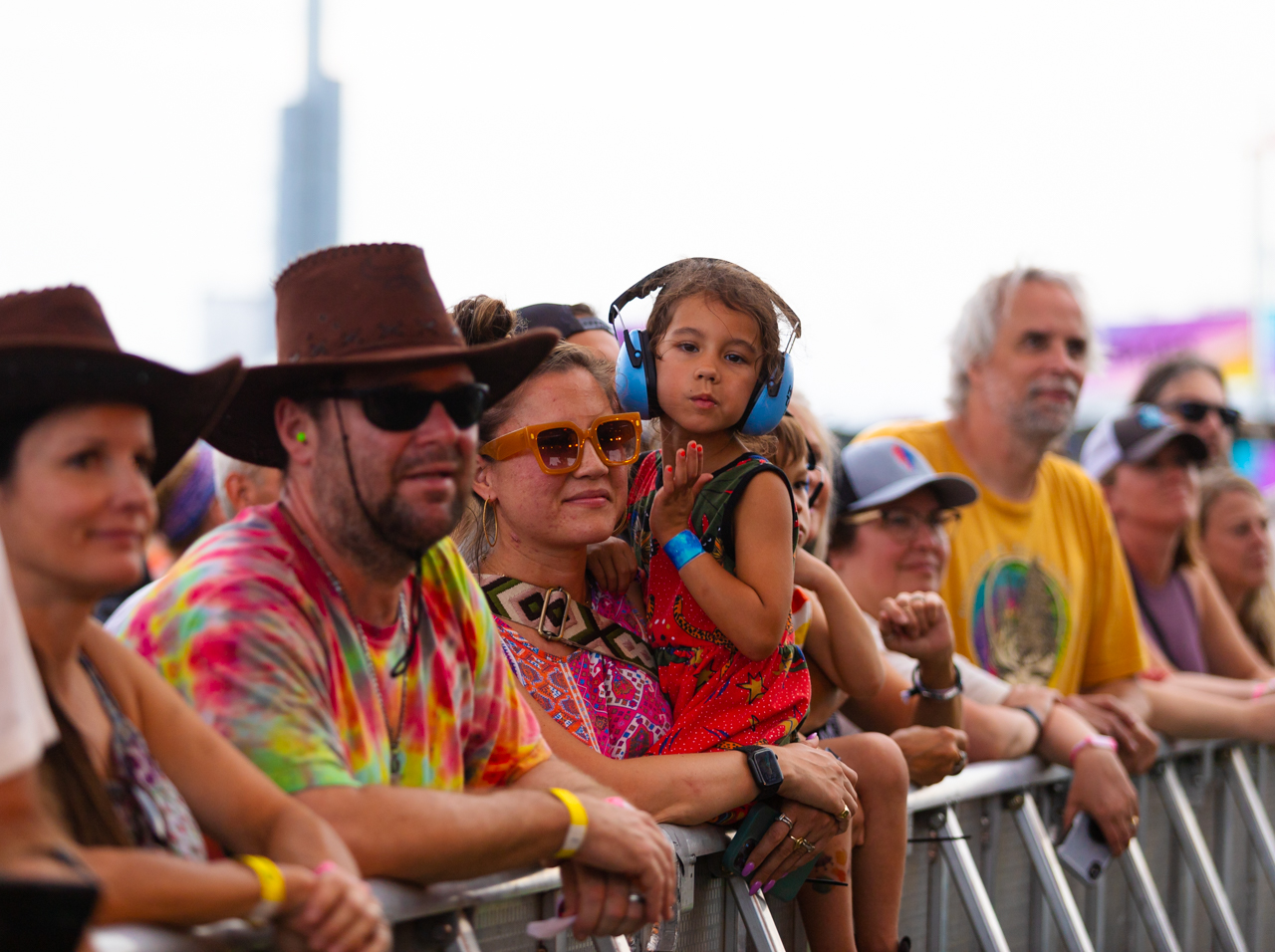 After several months of waiting, the highly-anticipated Sacred Rose graced the grounds surrounding SeatGeek Stadium in Bridgeview from August 26-28.

And with a stacked lineup of musical performances, expectations for the event had remained at an all-time high for its goers. Like with any new endeavor, there was certainly an element of surprise involved within the Sacred Rose experience. In the weeks leading up to the event, the festival’s organizers did a fantastic job teasing several of the fest’s unique installations on social media. The Temple of Intention, Ship of Fools, and Incendia Fire Lounge were just a few of the captivating elements that added to the festival’s special ambience. I personally enjoyed these interactive installations, as they gave festival goers something to see while waiting between sets. Additionally, I was also a fan of the creativity behind the concepts of the festival’s stages – particularly The Canopy.

While occupying the space for City & Colour, Phil Lesh & Friends, Punch Brothers, and Dawes, I found it to be an incredibly enjoyable area of the grounds to relax and listen to music. The Laser Dome seemed to be a very cool idea as well, although it was the only part of the festival that I was unable to experience firsthand. The Vega stage seemingly had a surplus of crowd space during Yves Tumor and The War On Drugs, while The Dreamfield stage area felt rather cramped during periods when bands like Lettuce occupied the space.

With the element of surprise also came lots of uncertainty – particularly a result of the high volume of performance cancellations.

It seemed to have all started less than two weeks before Sacred Rose, when it was announced that one of the festival’s main headliners, Black Pumas, would be taking a break from touring and would not be appearing for their slot at the fest. Just minutes before their performance on Friday, it was also announced that Animal Collective would not be appearing, as singer Avey Tare had lost his voice. The biggest blow came on the fest’s final day, as highly-anticipated acts like Circles Around The Sun, Joe Russo’s Almost Dead, Kamasi Washington, and Khruangbin all lost their entire sets due to weather-related complications. The festival made the difficult (but appropriate) decision to cancel most of the final day due to unsafe weather that had been looming around the grounds, resulting in multiple evacuations throughout the weekend.

It truly is impossible to fault the festival for the majority of these scenarios.

In fact, organizers did everything that they could throughout the entire weekend to make real-time changes and announcements to create the best possible experience for its goers. Additionally, the festival offered Sunday refunds for its goers after the result of a disappointing and abrupt conclusion. While my first impression was rather neutral, I still believe in Sacred Rose. The bands which were booked were excellent, yet the circumstances were less than ideal. The atmosphere of the festival was enjoyable, although I would be in favor of a location change. These are all matters that are able to be smoothed out in time. That being said, I will continue supporting the festival if it does in fact return in 2023 and beyond.

Sometimes, things do not go as planned.

Very rarely is anything in life perfected after the first attempt. As a festival goer, it is understandable to be upset, given the time and money that one may have invested into wristbands, hotels, etc. But rather than holding a grudge, think back to a time where things didn’t go as planned for yourself, and how you longed for the opportunity to have one more shot. Believe in the idea of giving people second chances, especially those who are working hard to make positive strides and create a special experience, such as Sacred Rose. After all, we need these types of events now more than ever. It will certainly be interesting to see what Sacred Rose has in store for next year as they seek redemption from their fanbase.