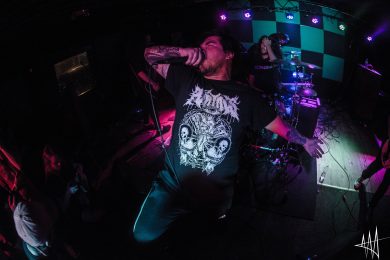 May 7, 2018 Austin Allen
0
0
0
On May 1st, I experienced one of the best events of my life. Not only was I able to experience three of my favorite bands, but also I was able to see them in a perfect venue. The Rail II in Peoria hosted a plethora of my favorite bands – Signs of the Swarm, Bodysnatcher, […]
Read more 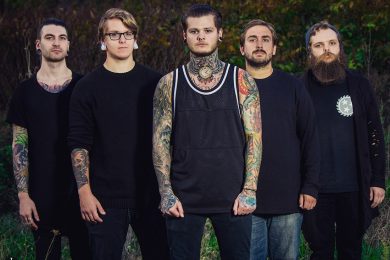 February 21, 2018 Austin Allen
0
0
0
Signs of the Swarm, the deathcore slam group from Pittsburgh, have been absolutely killing it this year. They’ve just released the long awaited music video for their song ‘Nightcrawler’. This track has been grabbing the attention of fans worldwide ever since it came out in 2017 along with the album The Disfigurement of Existence. Not […]
Read more

[MASHUP] Slam Dunk Champion – Run This (Matt and Kim vs. Drake vs. Busta Rhymes vs. Millionyoung vs. Crooklyn Clan vs. Gorillaz)

September 29, 2011 Kris
0
0
0
First off, I just want to say that I don’t usually throw mashups onto the site. Not because I don’t like them, but because I feel like they’ve run their course. But occasionally I hear some mashups that are really good and deserve to be posted. In the same vein, I love helping out upcoming […]
Read more
Close