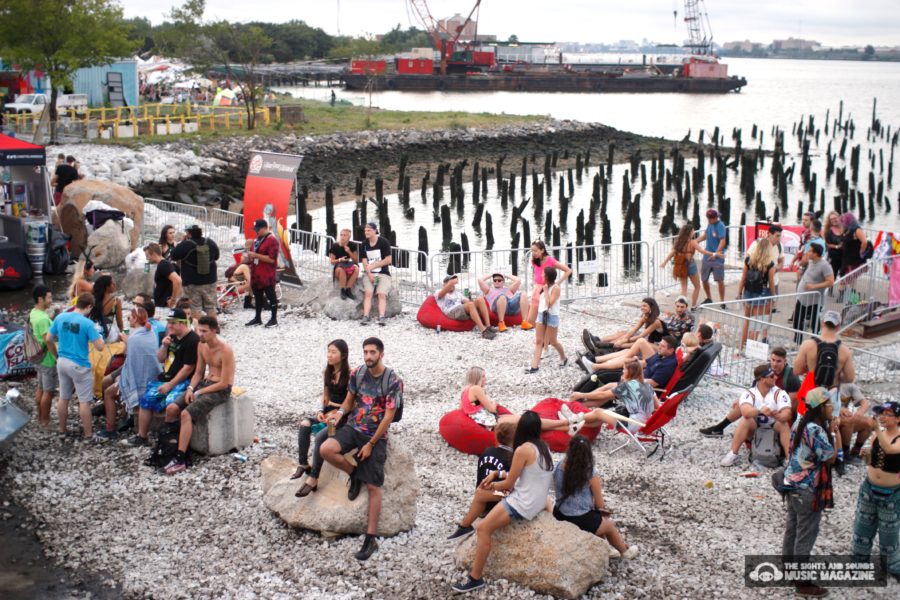 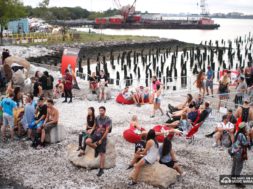 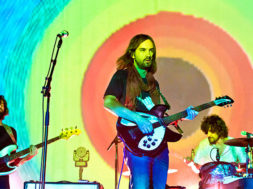 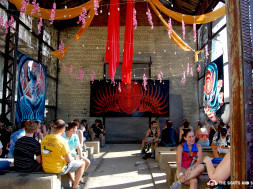 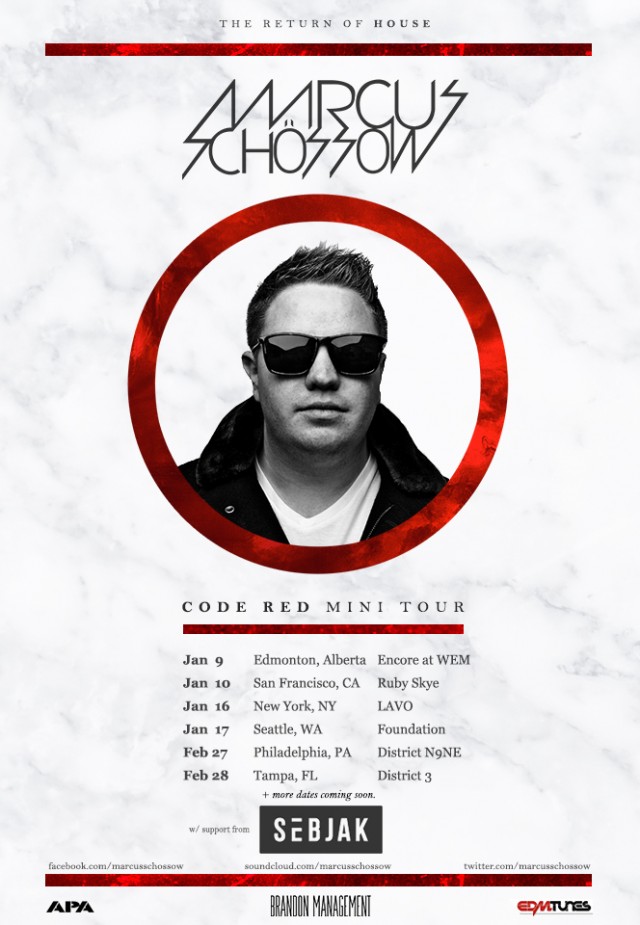 The warehouse party visionaries of BangOn! NYC put on the 4th edition of Elements Music and Arts Festival this year. There’s no doubt that 2017 was a huge milestone year them; It was their first time as a multi-day festival, first time handling over 10,000 attendees, and first time in their new location at Hunts Point up in The Bronx. But despite new challenges, organizers creatively navigated the situation and pulled off yet another successful year. 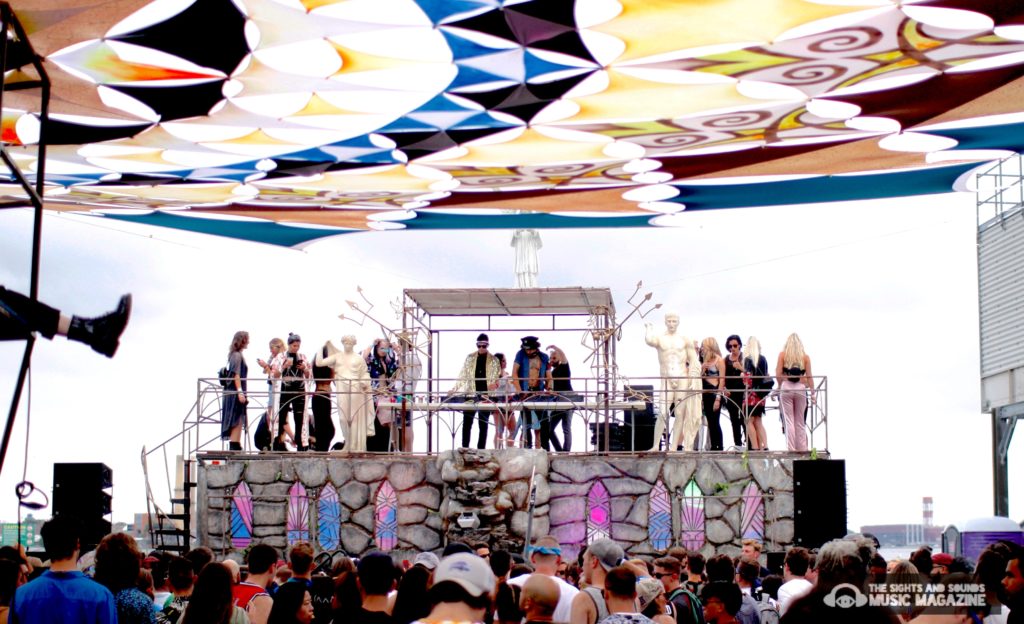 While the location was further and harder to work with than their previous Red Hook location, the “arts” portion of the event really worked their magic. BangOn! partnered with companies like Rhizome to deck out the waterfront into a glittering playground with little surprises spread throughout. Some of our favorites included the mini-rollerblading rink, a “mad scientist” lab, and a huge Thunderdome arena where you can battle your friends Mad Max style.

Another novelty this year was their Healing Garden. Though awkwardly placed across the river from Riker’s Island, the haven featured a slew of interesting classes like hip-hop yoga sessions,  “Culddles and Consent” classes, and “Bae Connecction” circles.

The lineup was a clear strength in this festival, which featured a headliners and up-and-coming artists representing a wide range of genres. As always, the music was spread out across stages representing the 4 elements: Earth, Water, Air, and Fire. Headliners Griz, Zeds Dead, and Flying Lotus graced the newly designed Earth Stage, which was curated by the late (RIP) Webster Hall group. The familiar Atlantis themed Water Stage returned this year with techno and deep-house favorites like Shiba San, Justin Martin, and Catz ‘N Dogs.

And while almost every single artist over the weekend was late to their set, the stimulating environment and enthusiastic attendees made up for these kinds of logistical hiccups. 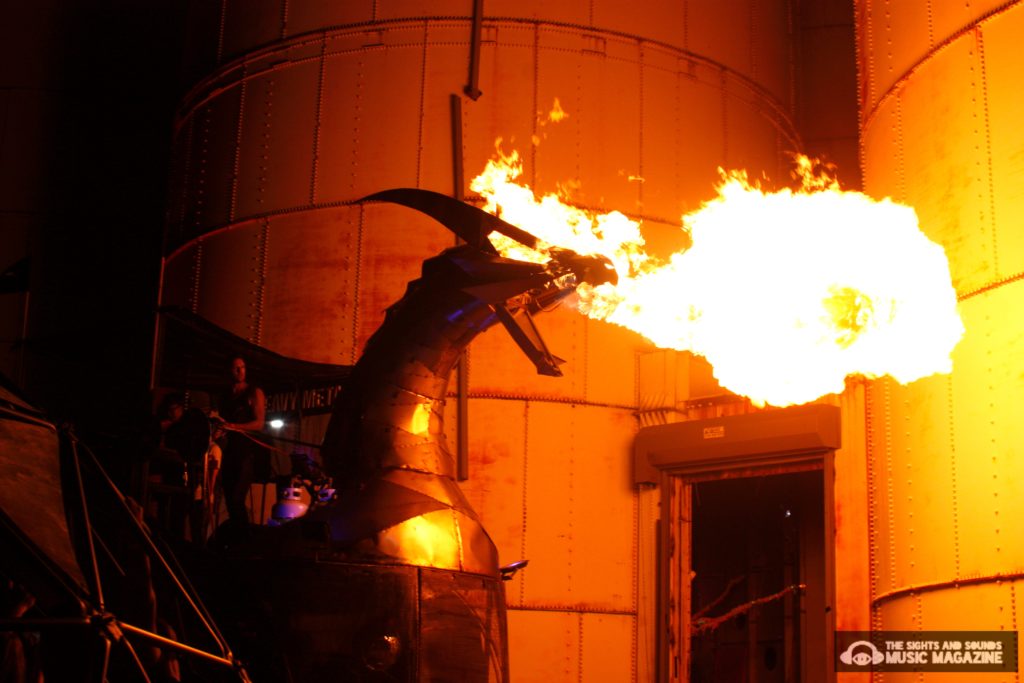 BangOn!NYC never fails to impress with their uncanny ability to create paradise in urban deserts. The success of this year’s Element’s Music and Arts Festival is proof that their creative spirit will continue to wow us for years to come.

0
0   0
previous Shigeto Announces Detroit & Community Influenced Solo Album 'The New Monday'
next Outside Lands Proves That US Festivals Are Here To Stay; But Only When Executed Correctly