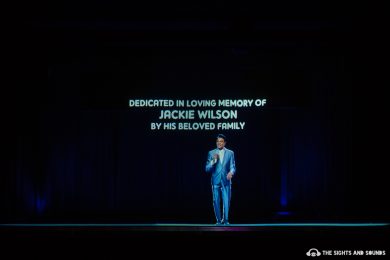 June 21, 2018 Kris
0
+1
0
How do you pay tribute to the man that influenced Elvis Presley and Michael Jackson? By giving that man, Jackie Wilson, his own hologram show on Hollywood Boulevard. The legendary R&B star has returned via hologram in a showcase of his greatest hits as well as the highs and tragic lows of his life story. […]
Read more

November 30, 2012 James Kabat
0
0
0
We don’t usually review something as mainstream or “pop” as a Rihanna album but given that after six full-length studio releases this is her first number one we thought we’d give it a try. All album cover Illuminati references aside, this may be the pop superstar’s most cohesive and personal album to date. Released just […]
Read more

November 17, 2011 Kris
0
0
0
I want to start out by saying that I think Conner Youngblood might be one of the most underrated producers out there right now. This Dallas, TX native has released some of the most eclectic, genre bending sounds I have heard in recent times and his newest track is no different. Mixing in sounds of […]
Read more
Close