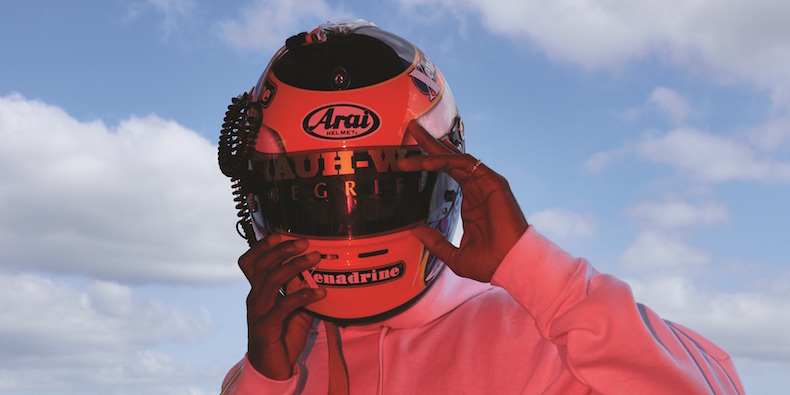 When you read a book, watch a film, or listen to music, you catch glimpses into ephemeral moments in time. Through music the past is paralyzed, captured in candid fashion and, more often than not, has a notable influence on the music that follows.

This sort of genre revival has found a prominent place in contemporary music. Fueled by nostalgia, soul, funk, and disco echoed through the musical releases of this past year.

The album amalgamates fervent soul music paired with trap beats. It also features some of 2016’s most prominent figures in hip hop: Kanye West, Young Thug, Future, & Lil Wayne. On “All We Got”, gospel is juxtaposed with the the same style of imaginative lyrics that made Chance the Rapper famous on his second mixtape, Acid Rap. “I get my word from the sermon. I do not talk to the serpent, that’s a holistic discernment.” he raps before jesting that he’ll “give Satan a swirly”. Chance the Rapper is as candid as ever, delivering eccentric lyrics, this time along with a gospel backing. Chance the Rapper wasn’t the only artist to synthesize these elements in 2016, but his release was arguably the most prominent to come out in 2016, spare that of Kanye West’s The Life of Pablo. Maybe.

Mr. West is no stranger to fervent, soul influenced hip hop himself. The Life of Pablo takes a similar stylistic approach to integrating aspects of gospel, choral, and soul. The opening track begins with a candid vocal sample of a four year old preaching gospel followed by a passionate choir led by Kirk Franklin; the background vocals pack enough spirit to send the most secular music fan into a religious frenzy.

The opening track concludes with a bang. “You cannot mess with the light,” Chance the Rapper, one of the album’s featured artists, sings at the end of his verse. Franklin provides us with gospel prayer. “Father this prayer is for everyone that feels they’re not good enough. This prayers for everyone that feels they’re too messed up,” he preaches as the choir members cry out in a religious frenzy. “Faith!” Faith. Faith is the overt theme of The Life of Pablo. The album deals largely in spiritual concepts, and West’s message to his listeners is explicit. 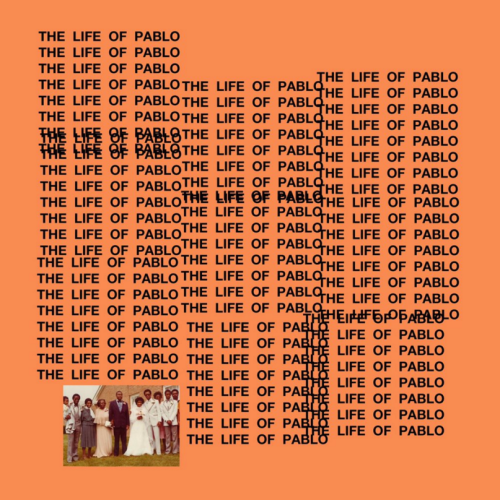 Distinct parallels can be drawn between The Life of Pablo and Chance the Rapper’s Coloring Book. Notably, both albums contain fundamental elements of gospel, including background choirs and powerful sermons, both of which served to empower the African American community during civil rights struggles.

These rhythms contain intrinsic historical relevance and, despite positive strides towards progress and equal rights, still remain consistent with the adversity minorities sing and rap about in 2016. Widespread prejudice against people of color still exists on a colossal scale, so it comes as no shock that mainstream hip hop has developed such an affinity for its musical roots.

As contemporaries, West and Bennet set the tone for modern day hip hop and other artists will be sure to follow their lead.

Consider R&B artists Frank Ocean and Anderson .Paak. The two recording artists, at 29 and 30 years old respectively, both pioneered modern R&B in 2016 by utilizing elements of distant (even unexpected) genres.

Anderson .Paak’s release of Malibu garnered critical acclaim and respect from pop music fans alike. The collaboration oriented debut is influenced by a plethora of notable genres, often paying homage to a variety of different styles within the span of a single song. On ‘The Season/Carry Me,” a notable double feature track, .Paak displays a variety of influences: funk, gospel, and upbeat hip hop.

An adept lyricist, Anderson .Paak glues these influences together with his rhymes as if he is putting together a masterpiece collage. “My faith is buried somewhere underneath the town,” sings .Paak. The funk-influenced bassline and .Paaks background hymn of gospel chants blend well with his tranquil falsetto and coarse vocals.

The album draws influence from major decades in music as well. .Paak pays homage to disco hits, funk and soul rhythms, and golden-era hip hop. “Am I wrong” plays much like a Stevie Wonder hit, which seems odd for a track whose only feature is Schoolboy Q. Despite heavy funk influences, .Paak’s flow bites like Wyclef Jean’s did on ‘”Zealots”.

Anderson .Paak and Frank Ocean are similar in that both artists are eclectic in their inspiration and draw from a variety of diverse influences. While .Paak opts for funk-influenced grooves, Frank Ocean favors a far different stylistic approach, one that is more melancholic in nature, on Blonde.

“Sometimes I felt like you weren’t hearing enough versions of me within a song, ’cause there was a lot of hyperactive thinking.” Says Ocean in an interview with The New York Times preceding the album’s release, adding that “Even though the pace of the album’s not frenetic, the pace of ideas being thrown out is.” Perhaps conflicting ideas gives rise to scores of eclectic influences. One thing is true, Blonde captures powerful emotions in candid fashion.

Ocean, who was recognized by TIME as one of the world’s 100 most influential people, sought after a timeless aesthetic. “It was a lot of Stevie Wonder, and this time it’s a lot of Beach Boys and Beatles and whatnot, so we’ll see how it trickles into the music and the final product,” he said in the same interview. 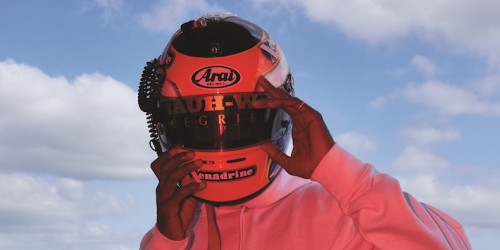 Frank Ocean is rather reserved considering his level of success. Give Blonde a quick listen and you may miss its aesthetic subtleties. But each subsequent listen provides a new insight into those influences.

On “Self Control” Frank Ocean somehow makes despondency feel sexy, comparable to what The Beatles accomplished with Magical Mystery Tour. It is glistening, psychedelic, and introspective all at once. It is of no surprise that these indirect influences shine through on Blonde.

The album’s rapidly shifting moods and melodies reflect an infatuation with psychedelia, reminiscent of Brian Eno or Brian Wilson on Pet Sounds Eno was a known collaborator on the album and Frank Ocean mentioned listening to The Beach Boys during the making of Blonde; these influences, blended with Ocean’s R&B influence, are ear candy for listeners.

Tracks like “Nights” and “White Ferrari” further establish Ocean’s psychedelic influence. “Nights” shifts tempos throughout going from mid-tempo to downtempo in a flash; one moment feels like we are cruising on the highway with the wind in our hair and then, in rapid transformation, it suddenly feels like we’re snorkeling through the Great Barrier Reef. The song develops a thick baseline that makes the listener feel as though they are under the sea, something that Mick Jenkins pioneered on The Waters.

Much like The Beatles in Magical Mystery Tour, Frank Ocean’s tone and tempo can shift in a moment’s notice. Songs like “Nights” act as a microcosm for the album itself which, shifting tone from song to song, is wonderfully despondent and gleefully confusing all at once. 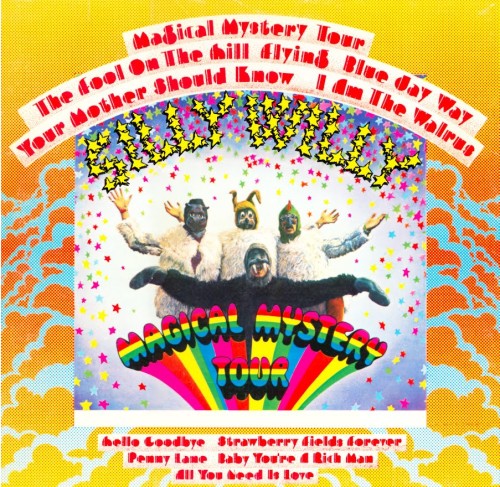 Blonde’s influence isn’t necessarily as direct as the aforementioned albums but is much more intertwined than one might assume. Obsession with the past drives innovation; it fuels the creation of truly singular pieces of art. And ultimately, it becomes the new standard for new musicians.

Even gangsta rap is not immune from contemporary obsession with the past. In addition to a production level that is reminiscent of late 90s and early 00s hip hop (think Dr. Dre, Snoop Dogg, Tupac)

YG captures his listeners attention with authentic lyrics. A self-proclaimed Blood, YG is not afraid to rhyme about gang violence, sex, drugs, and the unpredictable nature of growing up in “Bompton”.

YG’s latest release Red Friday showcases classic G-Funk Moog lines and a dark West Coast bass line that advance his versatile lyrical content. “I’m a thug, fuck the cops and the judge,” belts YG unapologetically, going on to rap, “Glock 40, posted in the field like a cornerback.” YG’s commitment to staying true to his hardened urban upbringing is a refreshing return to the sort of West Coast hip hop pioneered by Tupac, Dr. Dre, and Snoop Dogg. 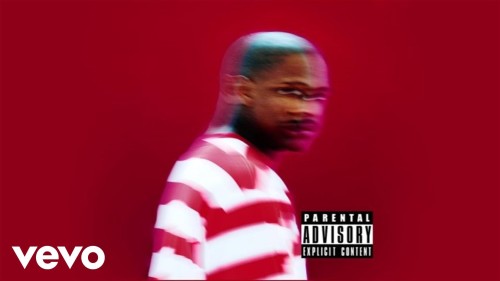 But pop music’s infatuation with the past doesn’t extend to hip hop and R&B exclusively. The trend was widespread among 2016 releases.

Consider an album like Tame Impala’s third studio album, Currents. Although, it would be rather misleading to classify the album as a Tame Impala album; Kevin Parker is the driving force behind the project. The 30-year-old psychedelic perfectionist produces, engineers, plays every instrument on, and writes material for all of Tame Impala’s projects.

Parker foresees the heady, rhythmic deluge of wafty guitar solos for dense, eclectically influenced psych-pop ballads that can be appreciated by just about anyone who considers themselves a fan of music.

In a recent interview with The Guardian, Parker conceded that disco groups, such as the Bee Gees, influenced the making of Currents:

“I was in LA a few years ago and for some reason we’d taken mushrooms. It must have been the end of our tour,” recalls Parker. “A friend was driving us around LA in this old sedan. He was playing the Bee Gees and it had the most profound emotional effect. I’m getting butterflies just thinking about it. I was listening to ‘Staying Alive’, a song I’ve heard all my life. At that moment it had this really emotive, melancholy feel to it. The beat felt overwhelmingly strong and, at that moment, it sounded pretty psychedelic. It moved me, and that’s what I always want out of psych music. I want it to transport me.”

The influence of groovy repetition instrumented by disco groups such as the Bee Gees is evident in many of the songs engineered by Parker on Currents. Tracks like “Less I Know the Better” and “Disciples” capture the essence of disco whilst integrating melancholic aspects of R&B influenced pop. The result is a unique blend of disco fever, heady psychedelia, and Lionel Richie esque soul.

On a track like “Less I Know the Better,” introspective subtleties are especially evident. The track contains emotion like in Michael Jackson’s Off The Wall but still contains dance floor ready funk like in “Thriller”. The track successfully synthesizes raw human emotion (possibly even enough to bring you to tears) while simultaneously possessing the dynamic rhythms needed to get a crowd moving in a sweaty frenzy.

Other psychedelic bands possess a distinct disco and R&B influence. In psychedelic fashion, Unknown Mortal Orchestra employs elements of dance floor fervor and deep soul in their music, and the result is a style akin to Tame Impala’s discography. Take a song like UMO’s “Can’t Keep Checking My Phone”. At first listen, you might figure the song is dated in the late eighties. Alas, the song was included in the bands 2015 release of Multi Love.

Contemporary music is utterly obsessed with the past, but isn’t that how it has always been? Affinity with the past seems to have always driven contemporary artists’ accomplishments. That isn’t to discredit modern artists either. Every artist is influenced by the past in some manner, but its up to them to innovate and build upon the progress of their idols. One thing is certain, we live in a glorious musical era, one in which the achievements of our ancestors are celebrated, and innovation lies at the heart of music.