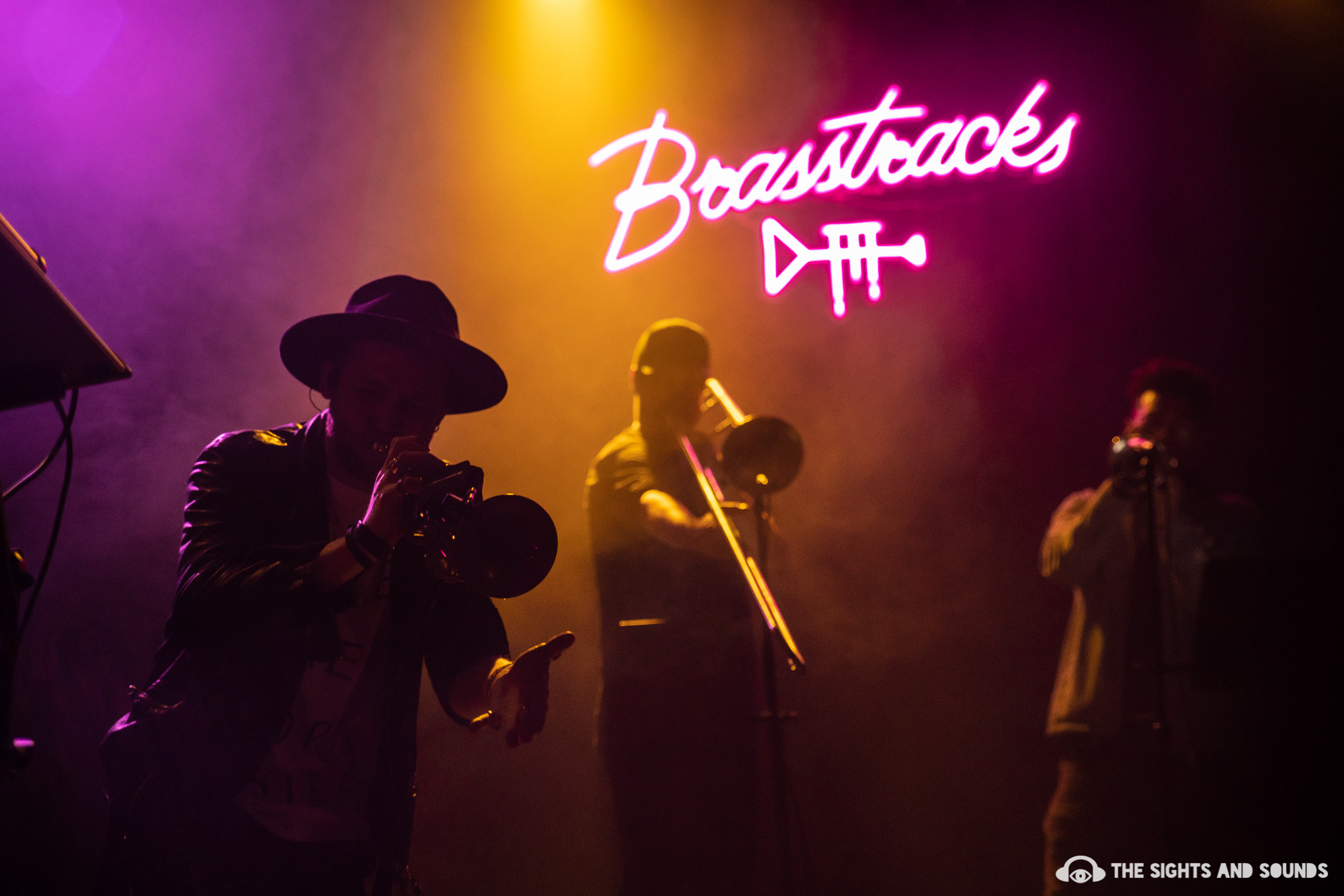 With support from Kemba and Pell, this is Brasstrack’s final EP before they start recording their first full studio album.

Brasstracks just finished up their 26-date headlining tour around North America – The Vibrant Tour – with support from Anthony Flammia, Kemba and Pell. The tour included sold-out shows at NYC’s Brooklyn Steel and LA’s El Rey Theatre and concluded on March 9th in Denver.

The buzz was electric inside the El Rey Theatre – too small for the crowd Brasstracks had amassed. With a steady stream of new music over the past few months, and a brand new EP dropping that day, we all knew to hold on tight.

Few groups have the flair and bounce on stage like Brasstracks. The NY duo, comprised of Ivan and Conor, are becoming a staple name, and if you’ve ever seen them perform live, you’ll understand why.

With their signature brand of horn-infused R&B/soul and a heavy hip-hop influence, the group took stage with a wall of brass, hitting the crowd with high energy singles like “Moments” and “Fever”.

Ultimately, it was a combination of all the artists and performers that made the night so memorable. With support from Anthony Flammia, Kemba, and Australian pop singer, Grace, the talent on stage was immense.

It may be a while before the group hits the road again, so if you didn’t catch them on this tour make sure to keep an eye out for their return.

You can stream their latest EP, Before We Go, below. The name of the project alludes to this being the last project that Ivan and Conor will release before they barricade themselves away recording their debut album. We’ll miss them on the festival scene this summer, but look forward to all the juicy music to come.

Before We Go Tracklist: