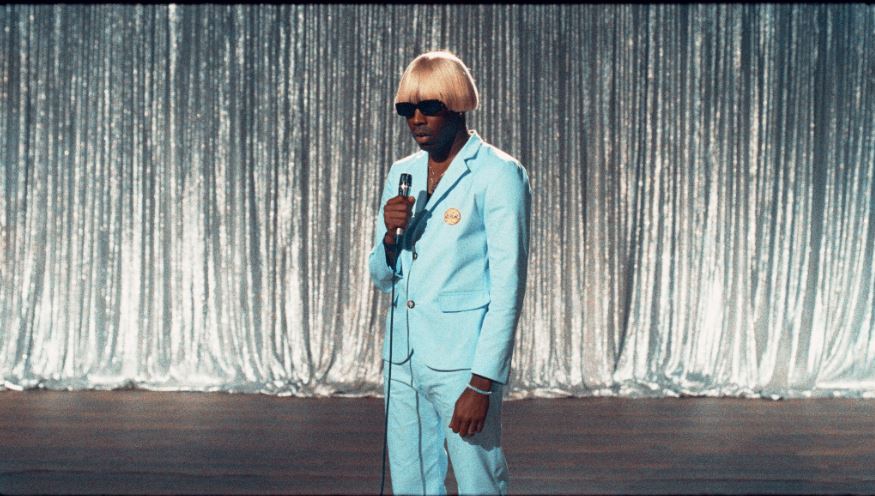 ‘Igor’ is the fictitious persona who will take you by the hand to travel down the rabbit hole of sounds presented by Tyler, the Creator in his new album. Apparently Igor reps a platinum-blonde bowl cut and bulky, black sunglasses 24/7; but did we really expect any less from Tyler’s vivid imagination?

IGOR doesn’t fall short of the impressive, heartfelt expressions we experienced in his last LP, Flower Boy, two summers ago. However just like all his previous albums ranging from Goblin to Cherry Bomb, each stands out from the rest in thematic individuality.

Similarly to it’s predecessor IGOR is best enjoyed played front-to-back, without any skipping or shuffling. It’s safe to say at this point Tyler has mastered the technique of smoothing his bridges, setting an industry standard for transitions.

IGOR goes above and beyond in technical aspects as such, marking another milestone in the greatness of Tyler’s career.  He’s evolved from a carefree ‘Golf Wang’ kid into a legitimate artist who puts notable work into fine-tuning the production and arrangement details in each album. Nonetheless, he remains true to his intriguingly unconventional creativity.

SO, WITHOUT FURTHER ADIEU, MEET IGOR:

It seems Tyler had some fun experimenting with his approach to this one over the past two years. In entirety, IGOR is a wild exploration of many different sides of Tyler. The Odd Future legend plays with IGOR’s respective listeners, singing in different vocal ranges as if to come across as different characters throughout its 12-track duration. His creative lyrical approach gives the body of work a conceptual, theatrical vibe.

There’s also a variety of musicality as the album transitions from almost satirical, love-songs in opening tracks “EARFQUAKE” and “I THINK,” into a more complex and serious side of “PUPPET” until finally the more signature staticy, deep-toned (and somewhat demonic) Tyler we’ve come to know throughout the years shows himself in “WHAT’S GOOD.”

IGOR features appearances and inspirations from quite a few hip-hop scene A-listers. A$AP ROCKY, Santigold, Frank Ocean and Playboi Carti weave their magic into the finished product. There are also samples from Kanye West songs and Tyler’s past vocal recordings with Kali Uchis.

Tyler and his Odd Future label host a music festival in Los Angeles every autumn. The 2019 Camp Flog Gnaw Carnival will be Nov. 9 and 10 at Dodger Stadium. Pre-sale tickets have already sold out. The forthcoming lineup announcement and further information can be found on the event website.