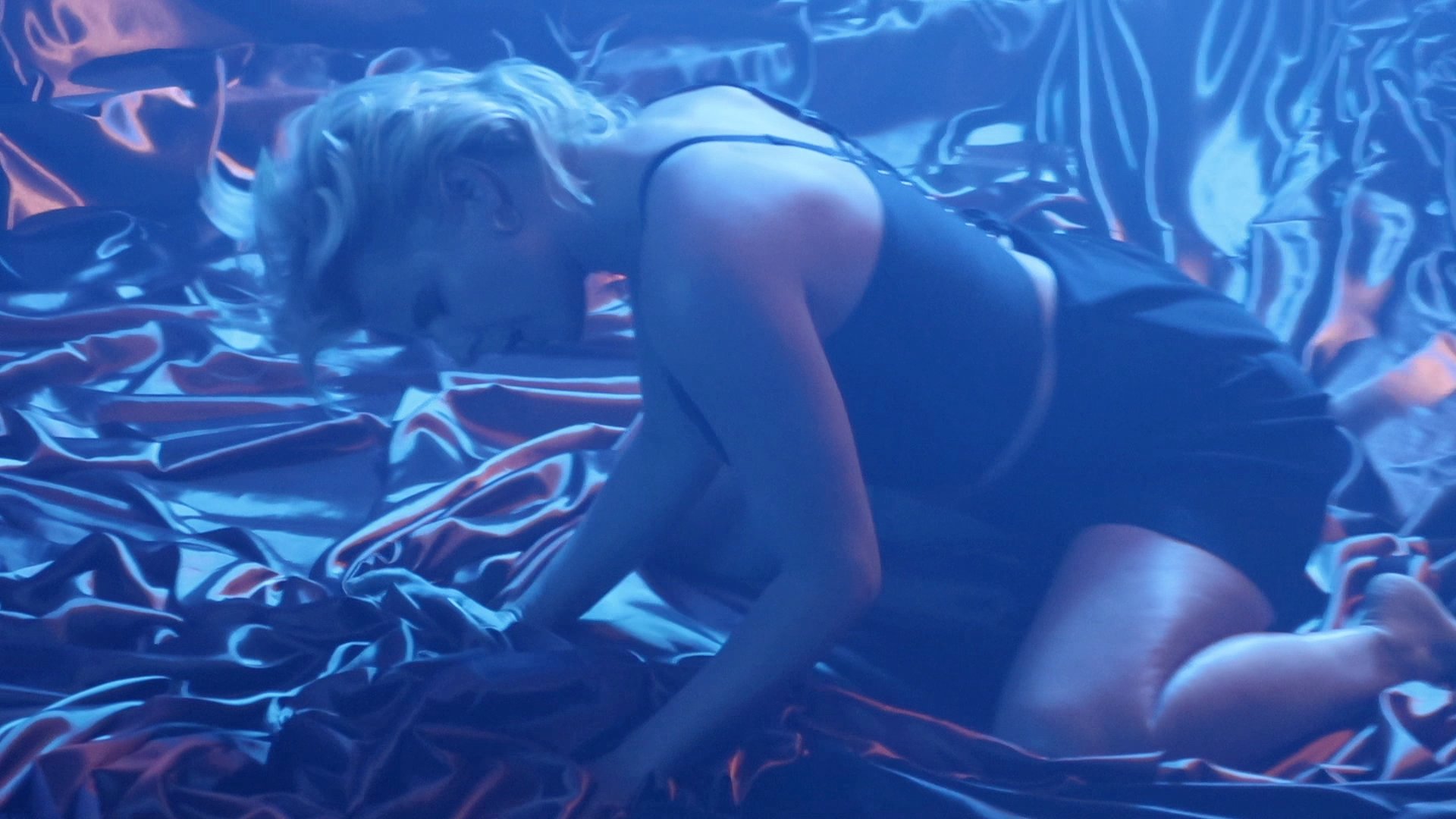 From multiple genre hybrids, to the return of Kanye and Lana Del Rey (and Calvin Harris’ return to dance), to Gaga‘s career transformation, it certainly hasn’t been boring!

There were literally thousands of incredible tracks to sift through – but we did it. And here are the twenty five best pop songs that deserve our attention!

It’s hard to believe Khalid and Normani are only twenty and twenty two years old as both of the singers sing with maturity far beyond their years! It took months for this to finally reach the US top ten (where it belongs) but the wait was worth it! Without a doubt, this is the slow burner of the year!

Latin-flavored pop dominated the charts more than ever in 2018, but a lot of it was far from quality. Leave it to British pop wizards Clean Bandit to show ’em how it’s done, yet again!

When she’s not destroying what’s left of her career by feuding with everyone under the stars, this self-proclaimed “bruja” actually makes some pretty enchanting records!

Twenty year old Canadian heartthrob Shawn Mendes continues to showcase his songwriting talents while breathing some fresh air into radio airways and selling out stadiums, in the process.

21. Childish Gambino – “This Is America”

So powerful it speaks for itself. Also, video of the year!

Some people called this “average” or “generic.” We live in a time of strong delusion.

It’s a shame that Sam Smith doesn’t make more dance records, because quite frankly, he’s so damn good at it! Promises, his surprise collaboration with the master of beats Calvin Harris, marks a welcome return to the dance floor (his last dance record was 2015’s Omen with Disclosure) proving that a song about NSA can still be elegant, soulful, and full of life!

And that’s how, ladies and gentlemen, you sample a house music classic!

Australia has a boyband. And they’re pretty good. But like many things Australian, the US has a long track record of being a bit late to the party. Better late than never, I suppose.

16. The Knocks – “Ride Or Die (featuring Foster The People)”

Real friends are your family. This is the song that perfectly sums that up. New York’s finest indie dance duo continue to evolve and amaze.

The great thing about pop music is that (most of the time) all sins against pop can be forgiven (remember Artpop anyone?). Side Effects is The Chainsmokers’ redemption song. Even if it’s about knocking down the door of your booty call at 4 am with no shame…

Aussie dance pop champion Kylie Minogue has had quite a year celebrating a landmark 50th birthday, launching another world tour, and releasing a stellar collection of songs in the process, all while channelling her inner Dolly Parton. It’s a shame the lead single from Golden didn’t garner more attention as it perfectly captures Kylie’s undeniable charisma along with a sober self-awareness most of her peers have lost decades ago.

An artist at the top of her game further solidifies her genius by channelling Prince.

Every year I want to say Drake is overrated but what can you say when you sample Big Freedia and Lauryn Hill, turn it into a New Orleans bounce track, and an ode to self-made Instagram millionaire hotties?!

It’s a perfect title because from the production by Diplo and Mark Ronson’s newly formed dance project, to Dua Lipa’s vocal, the song sends shockwaves from start to finish!

German pop singer/songwriter has multiple writing credits to her name dating back to 2008, but she really hasn’t started to branch out on her own until 2017. She has continued to raise her profile in 2018 by releasing this perfect sonic summary of teen angst coupled with infatuation, set against a plethora of pulsating synths.

The first time I really listened to this track I cried. My best friend sent it to me when I was going through a really hard time and it truly moved me to the depths of my soul. I felt like my friend (and God) were both saying “I’m here, hang on, I love you.” Few artists have the ability to write something this real and heartfelt but Scottish singer Tom Walker and pop genius Steve Mac have managed to pull it off flawlessly! Why America slept on a record this incredible that was a huge hit everywhere else in the world for majority of the year is a mystery I can’t seem to fathom.

What happens when a still fairly young pop superstar becomes a little too self aware but is also humble (sometimes not by her own choice).

To be honest, I can’t stand Ariana Grande for too many reasons to list here, but there simply was no escaping her in 2018, and if I had to pick one song that truly stood out above the gazillion singles she released last month alone, it’s this Max Martin-co-produced masterpiece. In a year riddled with plenty of public and personal tragedy, the resilient, hopeful dance-pop hybrid couldn’t be anything less than a triumph! Oh, and did I mention the vocal range?!

Love him or hate him, Better Now is quite simply pure evidence that the face tattoo-sporting, crock-loving, baby-fat hoarding, sometimes-badly-in-need-of-a-shower, Syracuse, New York native, is in fact, a genius. What have you done with your life by 23?

“No you’re not gonna get what you need / But baby, I have what you want / Come get your honey, ” sings one of pop’s greatest champions! We did, however, get what we needed (and what we wanted) and the result is pure sonic honey!

What do you get when you cross a young British diva at the top of her game with one of the world’s most consistent and reliable dance music producers and some 90’s Balearic house? A bonafide global summer smash, that’s what! It didn’t break records in the US like it did in the UK, but in a market dominated by some really terrible (and not so terrible) hip-hop, the fact alone that you could hear this on the radio all summer, is a triumph enough! Oh, what would we do without you Calvin Harris???!!!

It’s a familiar story: Christian singer becomes very successful in her genre, wants to branch out into the secular world, water downs her faith to try to fit in the world, faces criticism from her community… In spite of all that, nothing has sounded this hopeful on the radio in years and hearing a young woman sing about putting faith into something other than herself, is more than refreshing. In a world where so many young people face self-doubt, depression, and increasingly prevailing darkness, a song like this is much needed. Everyone needs to know that in spite of their brokenness, pain, and feelings of rejection, there is love out there, it is real, and its name is Jesus (whether Daigle name-checks Him or not).

1. Mark Ronson – “Nothing Breaks Like a Heart (featuring Miley Cyrus)”

It’s not often that a song of this calibre comes out this late in the year, but here we are.  Taken off Ronson’s upcoming fifth album (due in 2019) the country-pop tune perfectly juxtaposes heartbreak with the current state of affairs, also implied by the excellent video, directed in Ukraine of all places. “This world can hurt you, it cuts you deep and leaves a scar, things fall apart but nothing breaks like a heart,” sings the newlywed Mrs. Hemsworth over an EDM beat coupled with violins, full of sadness and wisdom in her voice like a young Dolly Parton. “Nothing, nothing, nothing can save us now,” she continues. Is she singing about more than just heartbreak? Are we heading for a crash and nothing can save us now? Sadly, it feels like a yes.

0
1   0
previous Concert Review: Tigercide Previews Forthcoming EP 'The Remedy' at Los Angeles' Legendary Echo
next CHICAGO ARTISTS REFLECT ON THEIR FAVORITE TRACKS OF 2018 (AND LOOK AHEAD TO 2019)