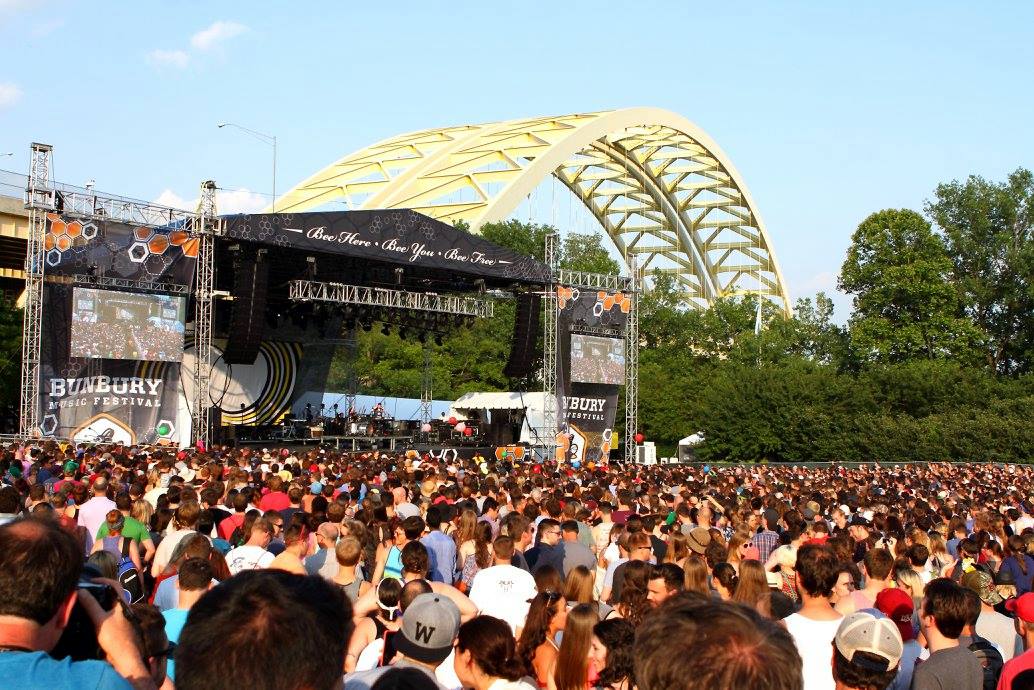 Since its inception in 2012, Bunbury Music Festival, a relatively smaller festival located in my hometown of Cincinnati, Ohio, has seen substantial growth each year:

Ticket sales have increased, the venue’s size and staging layout have matured, and publicity has increased from that of a small, local fest to one of a respectable mid-major. All of these are good signs and bode well for a young festival still looking to grow, but the ultimate measuring stick of any festival lies right in the heart itself: the music. With this in mind, let’s take a look ahead to June 1st as we evaluate this year’s lineup.

I can’t shake the feeling this will be the biggest day of three, and for mostly good reason. The headliners are strong and diverse: Blink-182, even without former frontman Tom Delonge, still have a massive following and will draw a crowd. The Chainsmokers, the other headliner, have somehow banally ascended to this status on the wings of catchy bullshit and cliche bass drops. This is almost certainly a disappointing EDM spot, especially in light of last year’s lineup, which somehow managed to pull top-tier EDM artist Bassnectar.

However, the pull The Chainsmokers have is undeniable, so I do somewhat applaud the move by Bunbury because they will sell many tickets as a direct result, and for a rapidly growing festival, this is a very tactical move. Moving on now to the meat of Friday, there is a decisive indie-pop pull that further diversifies the lineup represented in both Young the Giant and Fitz and the Tantrums.

Last but not least, one of my favorite groups on the lineup as a whole, folk-punk group The Front Bottoms, a fantastic band with a very distinct sound that I can’t wait to see live. Again, another decently sized name from another genre strengthens this day. My sleeper of the line-up is singer-songwriter Allen Rayman.

Saturday would seem to be the weakest day on the schedule. The solo headliner is rock band Incubus, and although they’re sure to draw a crowd of their own, I would’ve liked to see the festival land a large rap name in this spot. The strength here lies in the meat, featuring notable rock band Third Eye Blind (of “I wish you would step back from that ledge my friend” fame), EDM artist GRiZ, and a reinforcement of the indie rock genre with Foster the People.

My sleeper of the day is Tall Heights, a fascinating electro-folk duo from Boston you should certainly familiarize yourself with.

If Friday is the strongest day on the schedule, I think that Sunday is certainly a close second. It boasts a massive headliner with a huge draw in Jack White, the rock icon and former frontman of The White Stripes. He is complemented by the recently controversial but undoubtedly popular Post Malone, a welcome addition to the previously vacant rap/hip-hop genre.

Dropkick Murphy  are an American Celtic Rock band from Massachusetts with somewhat of a large cult following, another good addition. Couple all of this with hip-hop artist Lecrae and indie-rock band Manchester Orchestra, and we have quite the nice day on our hands.  My sleeper of the day is rock-soul group The Commonhearts.

Below, watch Jack White give an impromptu concert at SXSW 2011: 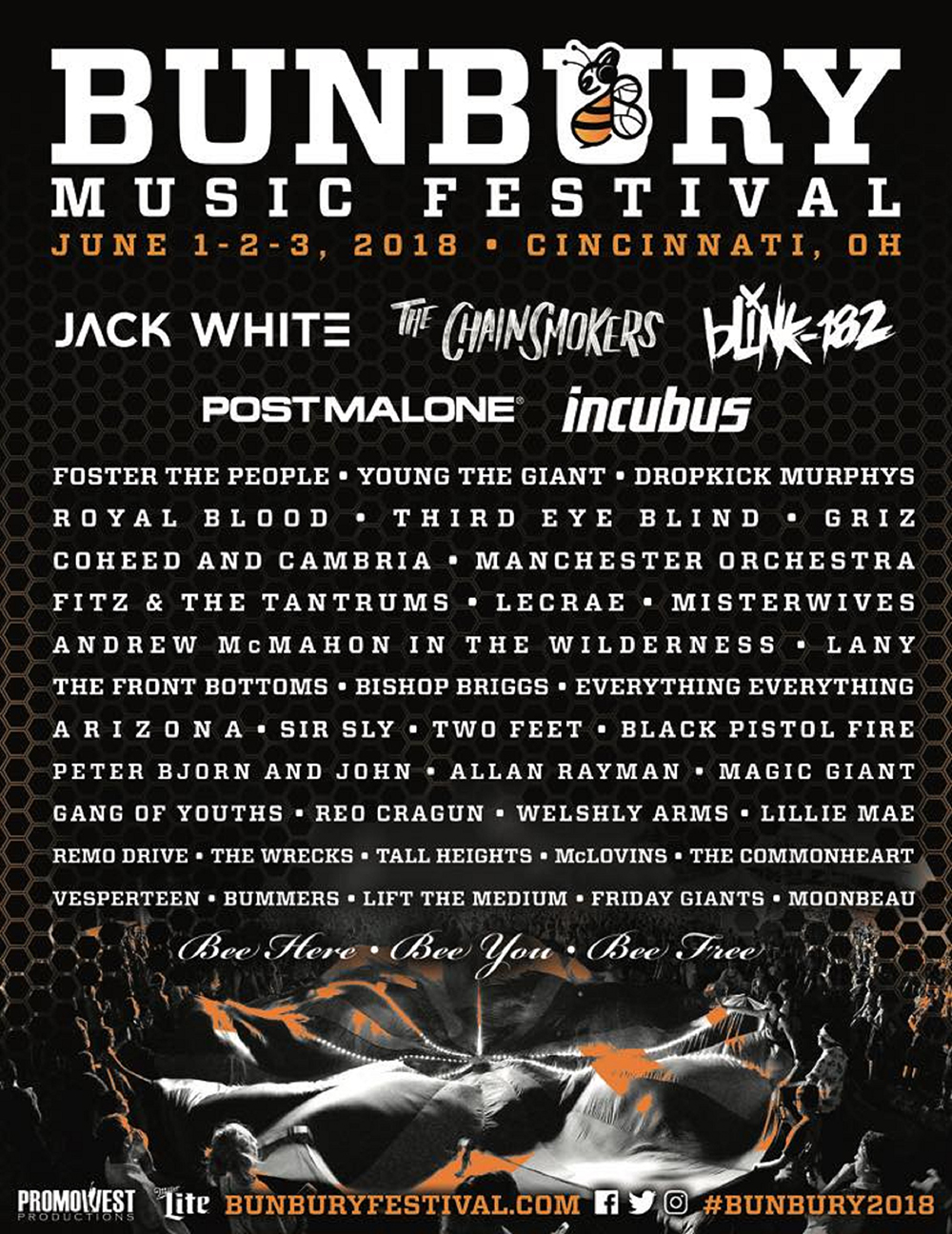 All in all, I think this lineup is a strong and diverse step forward for a young festival that is close to my heart. If this lineup looks like something you might be interested in, more information can be found on Bunbury’s website, here. Also, if you’re interested in purchasing a ticket, see here. Look out for me, and I hope you enjoy your time in my beloved hometown, Cincinnati!

Finally, in order to build that lovely pre-festival hype, I’ll be curating a Bunbury 2018 Spotify playlist full of these artists. Feel free to check it out or follow:

0
0   0
previous Emancipator's Baralku Tour Is Not To Be Missed [PHOTO GALLERY]
next [GIVEAWAY] Win Tickets To See Autograf + Win & Woo At The El Rey In LA!