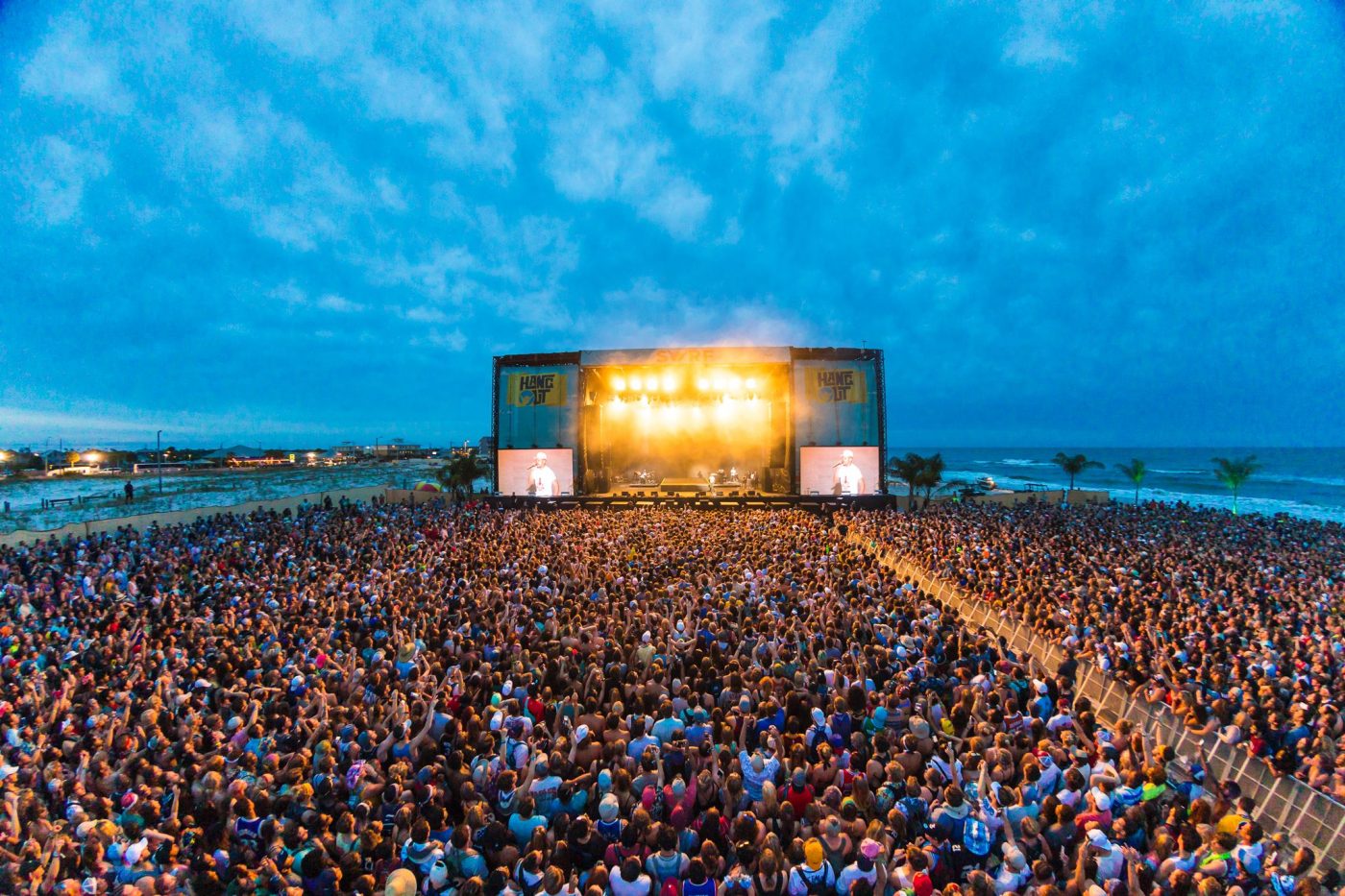 This three-day festival features a stellar line up of some of the biggest names in music (past headliners include The Weeknd, Chance the Rapper and Mumford & Sons), as well as a great mix of up-and-coming acts.

Also, did I mention the entire festival takes place on the white sandy beaches of the gulf coast?

If you’re unfamiliar with Gulf Shores itself, it’s a quaint beach town less than an hour away from Pensacola, FL. And for one weekend a year, it becomes the booming home to one of the nation’s most well- known music festivals.

So, if you’re working on your tan and pulling out your swimsuits to head out to Hangout Music Festival this weekend, read my recommendations for three must-see acts for each day of the festival.

You may not have heard of her, but trust me, she’s a must see. This Australian loopologist went from busking streets and making viral YouTube videos in her bedroom, to performing her euphoric set on some of the world’s biggest stages. If you go to her set, you’ll know what I mean when I say it’s pure bliss to watch her feel her music.

Cold War Kids is a must see performance. Not sure if you’ve heard of it? Chances are, you’ve heard one of the band’s singles since its inception in the early 2000s. Frontman Nathan Willett will take you on an emotional rollercoaster with his honest lyrics and raw talent. You’ll find yourself in your feelings at one of best alt-rock live performances at the festival.

If you want to dance the night away with your crew on Friday, make sure to head to Zedd’s set at 7:45 pm at the Surf Stage.

You’ve likely heard numerous of his hit singles with the likes of Selena Gomez, Alessia Cara and Ariana Grande. This Grammy winner, DJ, producer and songwriter will kick the night off on a high note.

Anderson .Paak and The Free Nationals

It’s hard to put Anderson .Paak’s voice into words, solely because it’s so unique. With that being said, I’d describe it as soulful, pure and gives me old school vibes. Accompanied by the band The Free Nationals, it’s sure to be a unique performance that will stand out amongst the other acts at the festival.

Head down to the Surf Stage at 4:45 pm to catch this set.

As one of the biggest names at this year’s festival, 23-year-old Halsey has made a huge splash in the music industry in just a few short years. With numerous singles and collaborations landing high up on the charts, she’s sure to bring the house down with her powerful vocals and cool-girl style. If you needed one more reason to love her, outside of music, she’s involved heavily in multiple social activism causes.

Hailing from Dallas, Texas, St. Vincent brings her mix of soft rock, electro pop and jazz to the beaches of Hangout. This Grammy winner sites David Bowie as one of her biggest musical inspirations. And while her songs are unique, her artistic live performances highlighting her fashion-forward mindset are really what makes her one of a kind.

If you want to add a little bit of funk to your schedule, make sure to see her set at 9:45 pm at the Boom Boom Tent.

How could we pick just one? These two are taking a break from their TDE Championship Tour to bless us with their presence at the festival. Both artists are coming off of super successful albums and projects, with Lamar recently becoming the first hip-hop artist to win a Pulitzer Prize for his album, “DAMN.” We will cross our fingers that we get a guest appearance in either of their sets.

You can see SZA’s set at 5:00 pm at the Surf Stage and Lamar will end the festival at 9:40 pm at the Hangout Stage.

While it’s likely that you’ve heard an Odesza song or two, its the live performances that really set the duo a part.

Odesza is known for their grandiose live performances that usually feature full orchestras, drum lines and intricate visual art. The group has created hit songs with artists such as Leon Bridges, Regina Spektor, and more. Comprised of Harrison Mills and Clayton Knight, the group formed in 2012 in Seattle, WA and have since created their own record label.

Foster The People is no stranger to the music festival circuit, as they’ve performed at some of the biggest festivals including Coachella, Lollapolooza, and more.

The group will captivate the audience with its upbeat indie pop vibes. Slip off your sandals and get groovy in the sand.

You can find their set at 6:15 pm at the Hangout Stage.

Also – if you’ll be in town on Thursday evening, catch the kickoff party where The Knocks will perform their new song called “Ride or Die” featuring Foster The People.

I wanted to add one bonus recommendation for Sunday, since it’s a stacked lineup. If you’re around the Boom Boom Tent at 3:15 pm, go check out this young DJ who’s only 18 years old. He’s currently making waves and has already worked with artists such as Dua Lipa, Flux Pavillion, and Broods.

If you’re going to the Hangout Festival this weekend, you really can’t go wrong with any act in the lineup.

Regardless of your preferences, there is something at this festival for every music lover. Beyond the music, make sure to spend some time at the various attractions this festival has to offer. Grab your sunscreen, and get ready to hang loose on the beaches at the Hangout Music Festival. I’ll see you there!

If you still don’t have tickets, make sure to purchase them here.