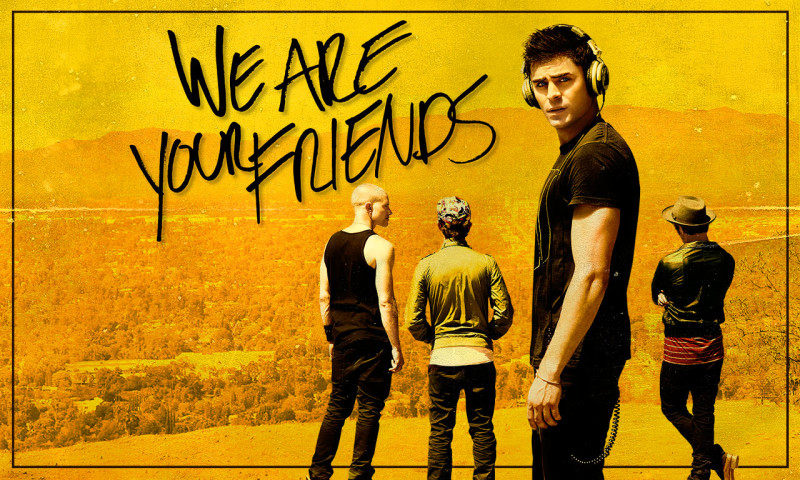 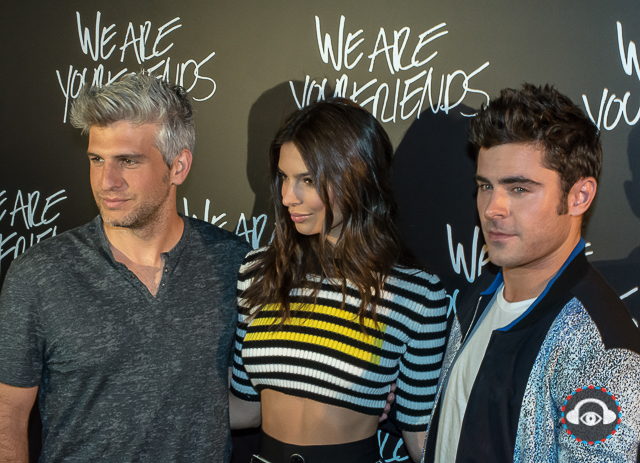 You’ve probably heard by now that, since it’s release in theaters on August 28, 2015, the film We Are Your Friends hasn’t exactly set the box office charts on fire. The “EDM movie” starring Zac Efron, Emily Ratajkowski, and Wes Bentley opened to mediocre if not mostly negative reviews and, even worse, to a very disappointing $1.8 million last weekend making it one of the lowest grossing openings of all time. The reasonably well-produced and relatively small budget film didn’t look too bad in the previews and seemed to have at least some interest going for it initially, so one might simply ask:

The Max Joseph (MTV’s Catfish) directed drama tells the story of an aspiring DJ, Cole Carter (Efron), who accidentally befriends an EDM superstar DJ, James Reed (Wes Bentley) who then becomes his mentor. While making ends meet and taking on jobs he finds difficult to accept ethically, he picks up the necessary skills from Reed – who, although at the top of his game, struggles to keep it together – and befriends Reed’s girlfriend, Sophie. Sophie herself finds it difficult to be merely Reed’s assistant while being haunted by having to drop out of an Ivy League university. Bonded by their existential need to find their place in the world and neglected by Reed, the two eventually hit it off, thus providing for a love story tied into the film’s theme. The entire thing is laced by a dance-heavy soundtrack, multiple EDM culture references, and numerous cameos by dance music heavyweights such as Alesso, Dillon Francis and Nicky Romero.

The ‘EDM Bubble’ has burst.

Given the rise of EDM culture in the last 5-7 years it’s no surprise that the film was made – it was bound to happen sooner or later. The problem is that it may actually have arrived a bit too late for the party it so desperately tries to document. The “EDM bubble” (or whatever you want to call it) has clearly burst. Although it’s main superstars who have effectively crossed over into the American mainstream continue to appear on the charts and on the radio (Calvin Harris, David Guetta, Skrillex and Diplo, to name a few) the enormous interest evidenced by falling festival attendance, overpriced event tickets, an over-saturated market of pop-up wannabe DJ’s on every corner and dubstep (yes, dubstep) have left many devotees with a terrible taste in their mouths (and quite possibly ringing ears, too). 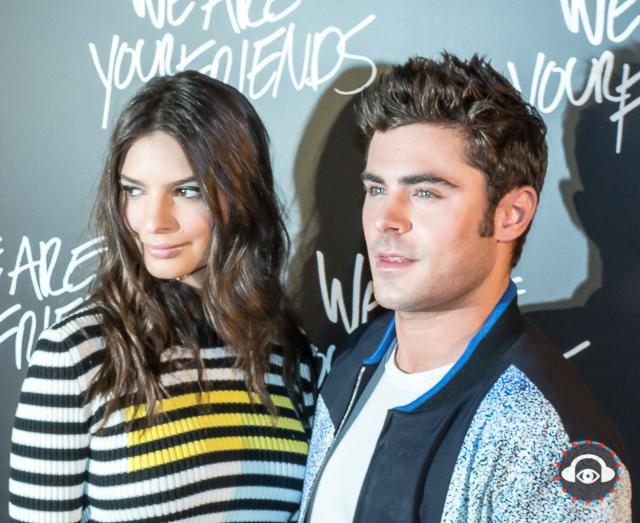 I don’t know about anyone else, but I just cannot get myself to hate on or even dislike Zac Efron. Yes, he has a Disney past, has struggled with addiction, and at times, seems like a hard to relate Hollywood type, but for the most part, he is not the worst actor in the world (17 Again, anyone?). Perhaps, his celebrity has overshadowed his credibility, but that does not mean that his performance in WAYF was terrible. His portrayal of a character that continuously seeks meaning in his life and tries to find his ‘true self’ is not entirely unconvincing, and he deserves some credit.

When asked why he chose to star in the film Zac said,

“Initially what attracted me to the story was a sizzle reel that Max made and it was called the ‘Untitled DJ Project.’ There are so many electronic music stories and scripts floating around in Hollywood, no one had really nailed yet. I think what Max did in the sizzle reel and more importantly in the script, and through execution, was make a great ‘coming of age’ story. It’s something that I [would] want to see. Even now I could relate to it on a very specific level. I enjoyed the music and I lived in the valley for four years, had very similar friends to [the group portrayed in the film]; I still have those friends, and I felt that if Max and I met in the middle and if… we could bring our strengths together then we could make something great.”

Has the public’s view of Efron really lessened the film’s appeal to the extent that hardly anyone went to see it? It’s hard to say, but not taking him seriously enough, may have.

As far as Emily Ratajkowski, there really isn’t much to say. WAYF is the model-turned-actress’ first major film role and ultimately she cannot be blamed for the film’s lack of appeal (after all, just look at her!). The beautiful and refreshingly unpretentious actress said of her character:

“I liked Sophie because she doesn’t really know what she wants and by the end [of the film] she still doesn’t know what she wants. It’s not realistic for all of these movies to have characters have these ‘a-ha moments.’ I like that you just see her shed and sacrifice things that were making her comfortable to even just to take one step in the right direction.” 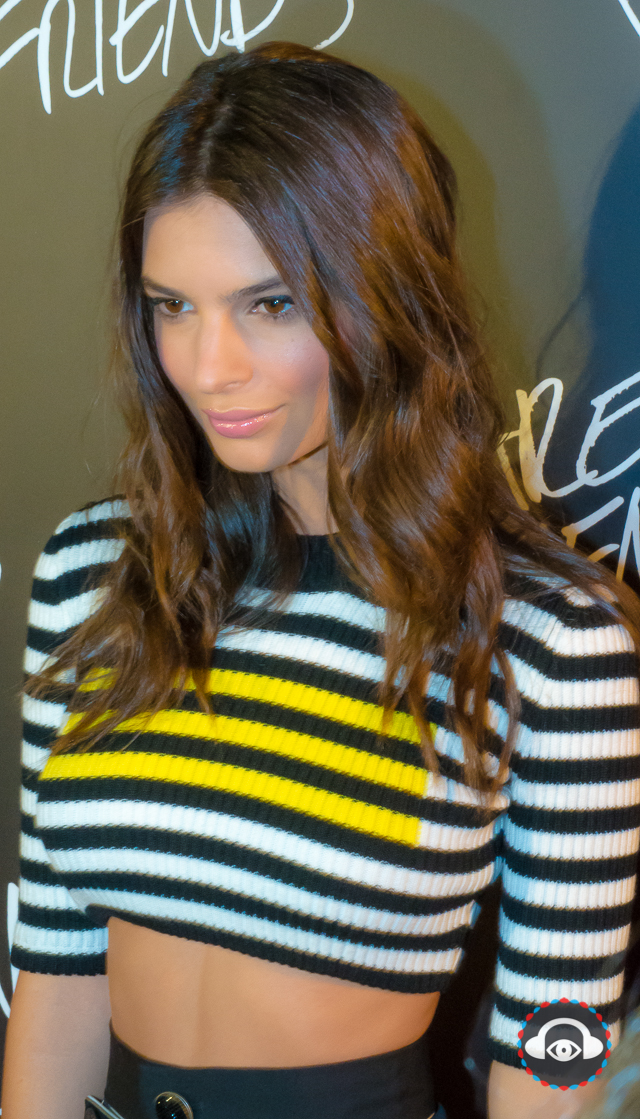 The film’s title doesn’t fit with the plot.

We Are Your Friends was originally a title to English band, Simian’s song, “Never Be Alone”, that was later remixed by French duo Justice and renamed as the now well-known dance track. The song and its video allude to drug use and its negative consequences. Choosing to name an entire film that is at least to a considerable extent meant to display the electronic dance music culture was not only risky but should have required some more thought. Who exactly are the ‘friends’ that the movie title is alluding to? Are the drugs the so-called ‘friends’ or are they not? The movie never even vaguely explains this or gives the viewer any indication why one of the last decade’s most well-known and significant tracks was chosen to represent a film that ultimately has nothing to do with the title.
The film never takes a stance on the effects of drug use or the dark side of dance music.

This leads me to the next point: the film’s stance on drug use and its effects or whether involvement in the EDM scene is positive or negative is never really clear. In the first half of the film Cole is seen attending a party that he was taken to by Reed and ends up taking PCP. Once the drug takes effect his visuals become animated and quite trippy, thus making it seem like the entire experience is pretty psychedelic and exciting. As the film progresses drugs end up having a significant effect on one of Cole’s friends. Why drug use was animated and made to seem fun and adventurous in the beginning of the film and then shown to have negative consequences is something I’m not sure I understand. In fact, I’m not sure the director understands himself. When I asked him about displaying the dark side of the industry he told me,

“It’s a fun world but all fun worlds have dark sides and light sides. Music is amazing, festivals are really fun and listening to music whether by yourself or with your friends is great but of course, there are excesses that are part of that world. We just wanted to show a balanced view of [the scene] and not just show that it’s rosy and perfect… [or] debauched.”

The problem is that no matter how fun, drug use is debaucherous and most certainly can be deadly. In spite of drug use being a big party of the dance music community no artist in their right mind ever publicly promotes it. Remember what happened when Madonna tried to be cool while dancing on stage with Avicci at Ultra Music Festival in 2012 and shouted out “Has anyone seen Molly?!”… 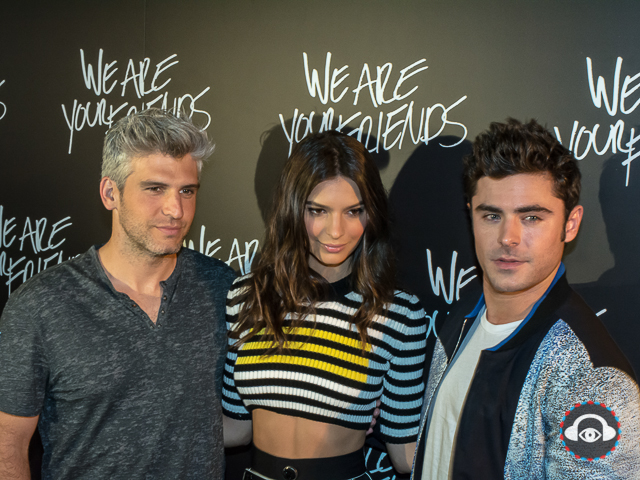 The soundtrack is ultimately unmemorable.

The film has been described by multiple sources as a modern take on Saturday Night Fever. The thing about Saturday Night Fever, however, was that it contained mostly original music written specifically for the film. WAYF Soundtrack contains a lot of current music that was not written specifically for the film. Yes, there are good tracks here: “Desire” (Gryffin Remix) by British group Years & Years, a great radio-friendly house track “Something About You” by Australian singer Hayden James, or a memorable hit Kygo remix of Seinabo Sey’s “Younger”, but none of these tracks will more than likely have a lasting affect beyond 2014 and 2015 and almost certainly nothing on the soundtrack will ever be as genre and era defining as anything on the Saturday Night Fever Soundtrack.

The other problem is that since music is so readily available nowadays and audiences have access to so many genres and options at the press of a button, it is harder and harder to have a lasting influence or a hit. Producers and hit makers churn out multiple tracks every year and very few of them ever become hits for more than a couple weeks, let alone a season or a year. The music that defines the post-millennial digital age is not definitive of a movie about the post-millennial digital age. This is the sad and hard truth of the world we live in.

Although the film’s heart is in the right place the entire project ultimately suffers from an identity crisis. It tackles issues such as drug use and EDM’s questionable morals, but never really comments on their effects. Is the dance music scene all bad? Of course not. Many people find refuge and meaning in music, to say the least. Are the places that it’s most frequently enjoyed and broadcast in the best places for young people to form an identity and learn who they truly are? Probably not, but don’t look to this film to give you the answers.

During the film’s climatic scene Cole is given the chance to perform the music he composed to a crowd at a festival. The track he showcases is a collection of his experiences both literal and on a deeper, personal level. The crowd responds positively. His mission is complete. The problem is that I left the theater thinking and feeling, so what now?! What was the point of all this? What is the message of this film? The answer can be interpreted in many different ways, but in the end it remains vague. Perhaps the film was trying to please two masters: it was trying to objectively look at the positives and tough negatives of the EDM world without offending the EDM community. When I spoke to a few of the audience members who are part of the industry, they all said that the movie did not make the dance music community look bad. Perhaps not, but it didn’t exactly make it look like a path to nirvana, either. I suppose you can’t please two masters in the end – neither of them will be the winner, and neither will you.

James Kabat Editor, based in Chicago specializing in pop, dance, and underground club culture. I have interviewed some of the world's biggest DJ's and I enjoy diving deep into the minds of my musical heroes.