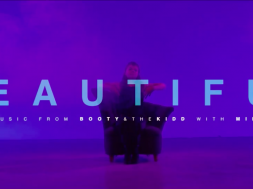 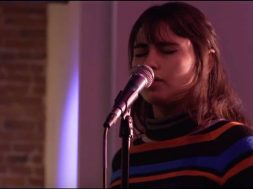 At the intersection of hip hop, jazz, funk and contemporary rock exist Booty&theKidd. After expanding from a two man hip hop collective to a full nine (!) piece band, the Columbus, Ohio collective have nestled themselves a space within the local music scene, becoming known as undeniable purveyors of funk within the community. The group consists of two lyricists (Tyler Butts: Booty, Nick Reinmann: TheKidd), a female vocalist (Tina), and a 6-piece jazz ensemble complete with horns, drums, keys and a rhythm section.

If Booty&theKidd’s previous releases marked a melancholic turn inward, “Beautiful” represents the stylistic antithesis, pivoting outward for an aesthetically serene glimpse into the seductive nature of beauty itself.

pleasing the senses or mind aesthetically

Structurally, Booty&theKidd’s newest single is an elevated step in their experimental efforts existing as a full piece jazz band. Rather than lead from the front and eclipse the band itself, the track sees frontmen Reinmann and Butts begin to act as the gravitational core by which each instrument plays off of.

Deep hues and cool colors accent the duo’s crisp tenors, melding with virtuosic saxophone lines and a plethora of frantic keys, the result is a tranquil exploration into seduction and its sometimes elegant touchtones. Miir & Roger the Cat’s injection of soul on the — notably vogue — chorus is a welcomed effort. “Make me scream to high heaven” sings Miir, a provocative explosion of horns following closely behind.  If melding the styles of a full band proves difficult, Reinmann and Butts are bona fide curators, stepping up to the task of adding a featured vocalist in addition to a six deep band.

Nathaniel Rateliff & The Night Sweats Leave It All Out There With New Single, “You Worry Me”