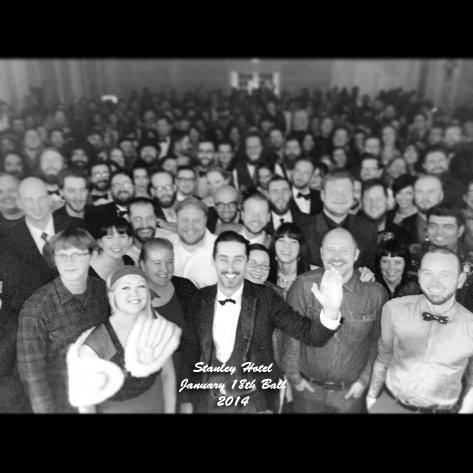 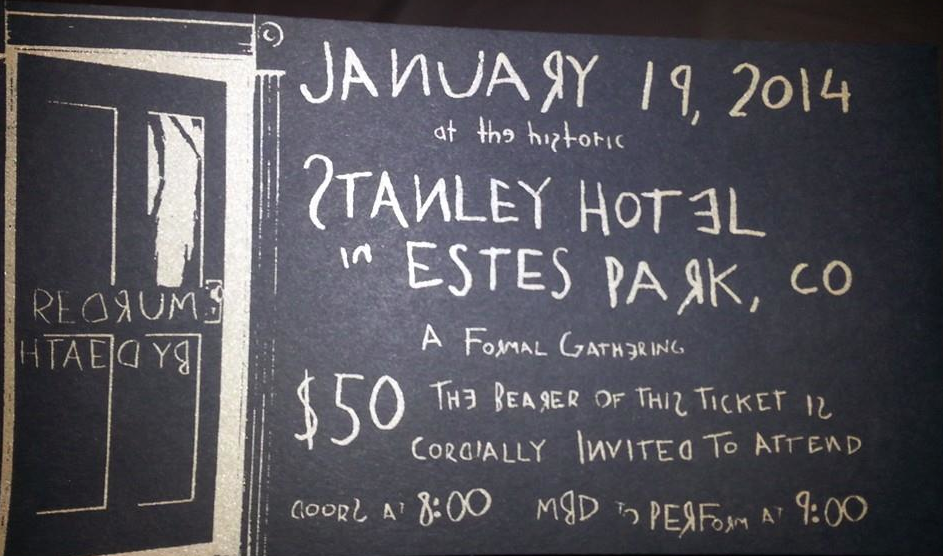 If you have ever seen or even heard of the classic novel “The Shining” by Stephen King, you probably have some idea that it was inspired by the Stanley Hotel in Estes Park, Colorado. A very haunting and bone chilling hotel located atop the mountains has delivered ghost stories for almost a century now. Stephen Kings visit to room 217 led him to pen one of the most cult classic horror books to date, later adopted into a feature film. Many other thrill seekers have visited the hotel hoping for similar experiences, and have been successful. Why talk of this creepy hotel on a music blog? Well, Alternative/Indie Rock band Murder by Death who have a very unique sound of Johnny Cash (induced with a lot of whiskey), a cello, keyboard, and heavy rock notes; held their 10 year anniversary of their first album Who Will Survive, and What Will Be Left of Them? at the Stanley Hotel this past weekend in the haunted music hall. It was an experience none the less. 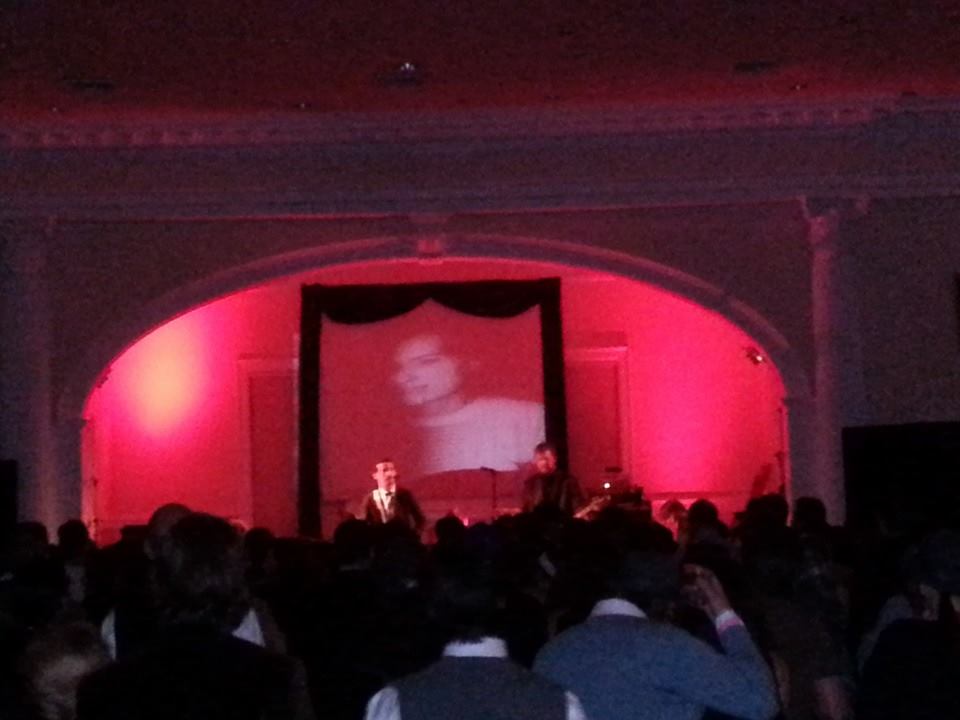 The Friday and Saturday night shows sold out almost immediately and a third show on Sunday was added due to high demand, which I so luckily was able to attend. At the very beginning of each show the band jumped down into the crowd to create the infamous photo that closes the movie “The Shining.” Murder by Death stated this event was the highlight of their career, and are talking about making it an annual event. Guests were encouraged to wear formal attire, and everyone took that to heart. Ninety percent of The crowd was decked out in roaring 20’s attire and so was the band. My guess is that there wasn’t more than 150 people in the venue creating a incredibly intimate performance. The stage was dimly lit red the entire show and a late silent black and white horror film was projected on the background. Beyond the ambience of the whole show the music was fantastic and a real collection of the bands work, spanning across their whole discography. The lead singer Adam Turla stated he was hung over from having such a grand weekend, but downed some whiskey and continued on, the crowd none the wiser as the band rocked out for a solid two hours. After the show, the audience poured into the eerie bar hotel as the night was just beginning for the thrill seekers staying in the hotel. The entire band came into the bar to talk to fans and bring an end to a unforgettable weekend. It is one thing to enjoy a great performance from a band, but to totally heighten the entire expierence and turn a show into an event is a magical experience. And it is a night I will never forget.

Check out their music on their spotify page here: Murder By Death 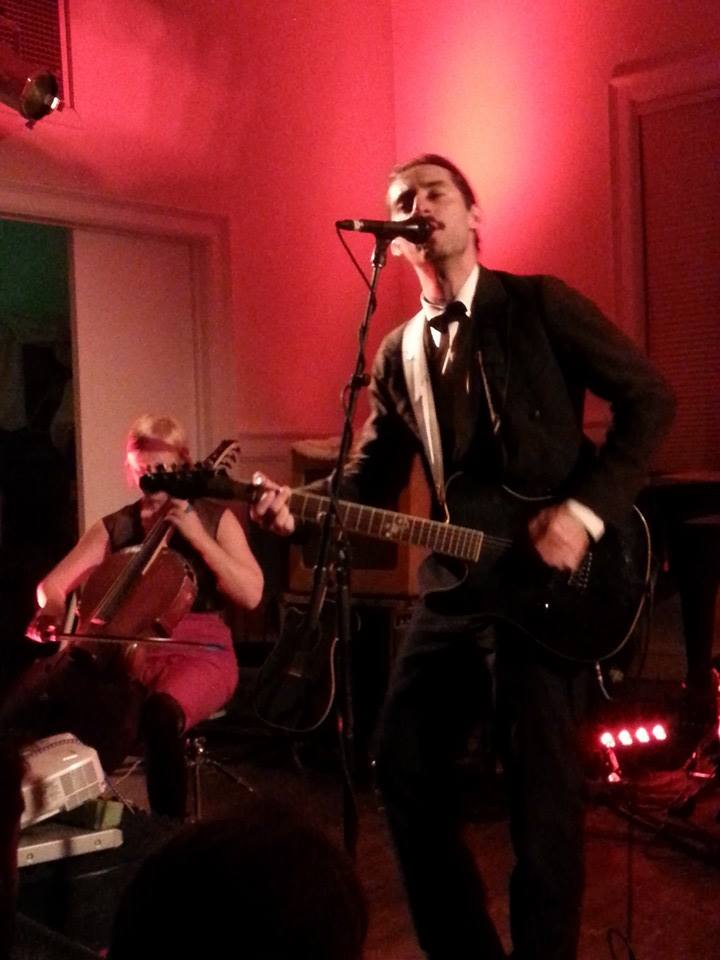