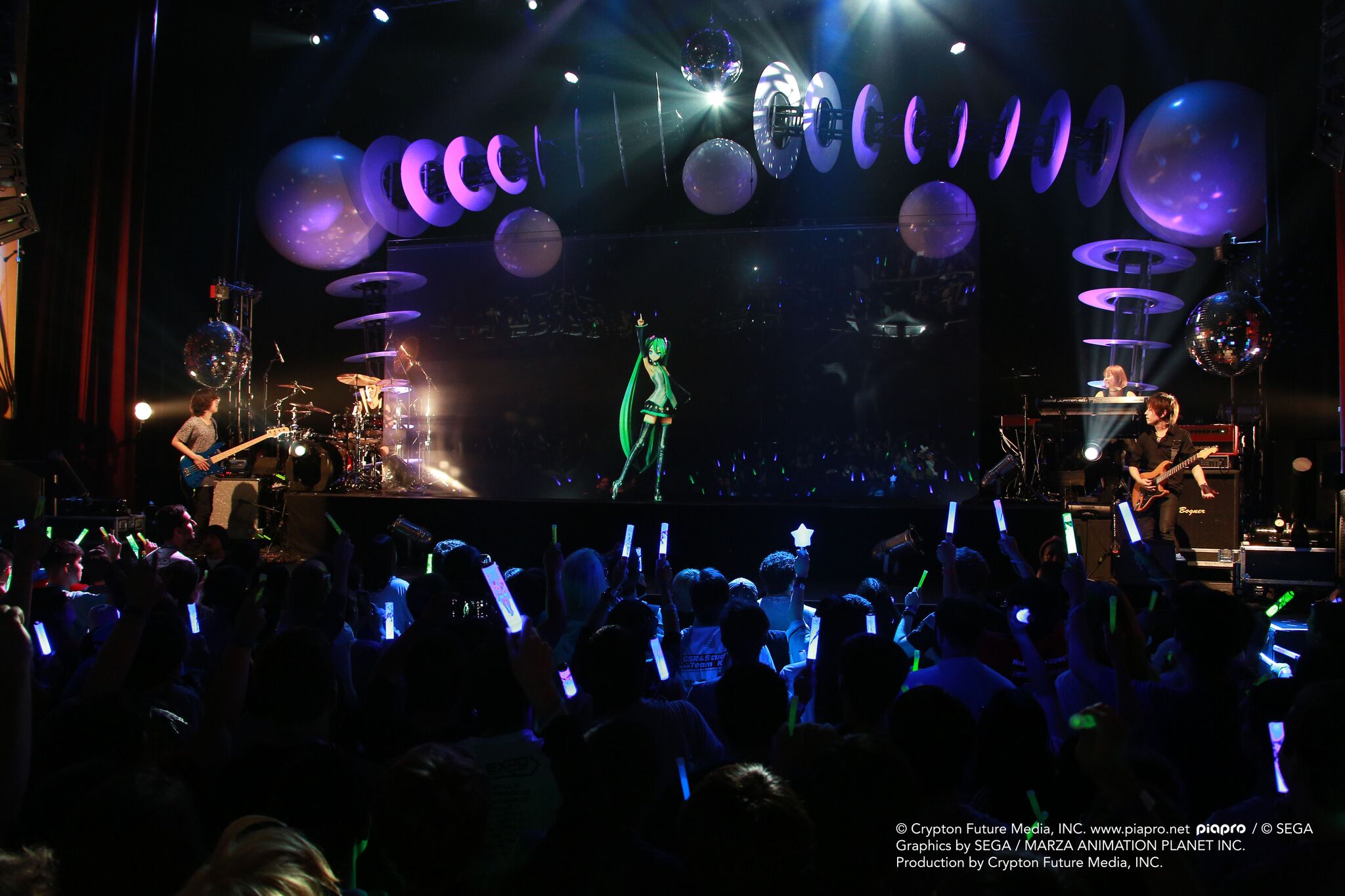 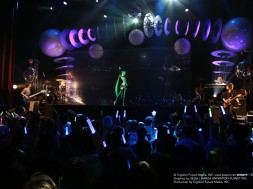 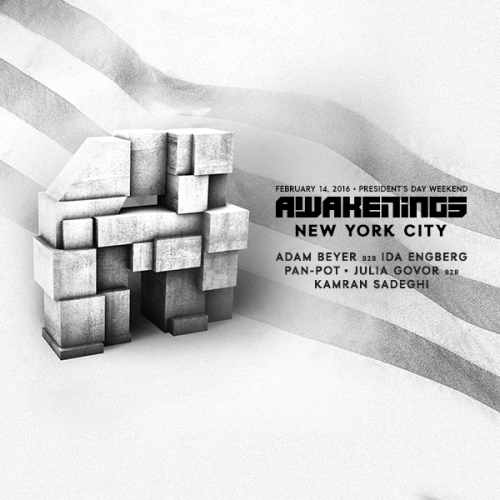 It’s 2pm on a Saturday afternoon and I’m waiting for Hatsune Miku to entertain a sea of glow stick bearing fans at the Hammerstein Ballroom in NYC. Incase you haven’t heard, Hatsune Miku is a bubbly, 16-year-old hologram personification of a computer program that allows producers to generate vocals for their songs.

To be honest, I came into the Miku show with a relatively cynical mindset. When I first heard about Miku, her concept, and her success, I didn’t think she was going to resonate with me. I mean, I did dabble in a few western friendly anime exports like Sailor Moon and Pokémon, but a Japanese hologram pop star? This was a concept that would only appeal to a very niche crowd. Or so I thought.

Long story short, I ended up having a lot more fun than I thought I would have. Though it was a lot to process, I was able to isolate a few reasons why it’s absolutely impossible to hate on such a unique phenomenon like Hatsune Miku.

Miku’s dual standing in both the physical and digital world has generated numerous thought pieces all over the web. Though the concept of a hologram pop star is more than 5 years old, it still continues to baffle fans and newcomers that something like this can actually happen. Though this real-and-fake juxtaposition felt like an overarching theme for the night, Miku’s collaboration with not just one, but two live bands were most striking to me. It’s funny that people focus so much on the illusory nature of Miku’s shows when in fact, all of her band members are pretty real. To highlight their tangibility, her keyboardist, bassist, guitarist, and drummer, got an “artist intro” portion where they perform mini-solos as Miku announces their names. For a portion of the encore, Anamanaguchi, the Brooklyn based chip-tune opener band, performed their song “Miku” with the vocaloid herself.

Though term “genre-less” has been a recent buzzword circulating the music blogosphere, I can promise you that there is no one as boundless as a computer program specifically designed to sing literally anything and everything. From rock, pop, j-pop, ballads, and dance, Saturday’s performance featured a huge variety of styles, which appealed to her equally as diverse fan base (more on that later).

I came in expecting just one hologram but came out seeing eight of them. While Hatsune Miku is the most famous vocaloid program, she is apparently not the only one in existence. Crypton Future Media, the Japanese media company that created Miku, has created a whole series of voice synthesizers paired with different personas, singing styles, and language capabilities. My favorite of the crew were the 14-year-old twins Kagamine Rin and Len. Rin and Len, whose names are derived from the Japanese concept for “left” and “right,” performed their song Remote Control while prancing around the stage with impeccable choreography and cute sister-brother interactions. Their collaboration was so convincing I almost forgot they weren’t real. 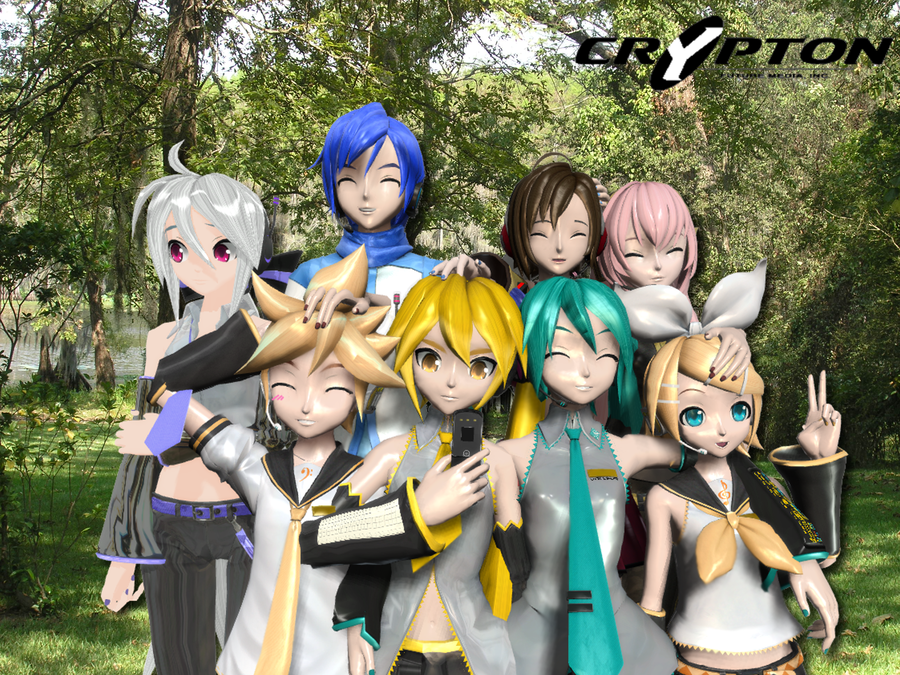 The diversity, genuinely, and openness of her fans were clear indicators that Miku is for everyone. From 7-year-old girls to middle aged men, there was no singular profile that represented the Miku fanbase. The majority of the crowd was toting their excitement with costumes, t-shirts, wigs, and even (I kid you not) a gigantic thigh tattoo of Hatsune Miku. If apparel wasn’t enough, everyone was handed a glowstick to wave to the beat of her songs. A handful of them even changed colors to match Miku’s frequent (and instant) wardrobe changes. After chatting with a few fans waiting outside for the second show of the day, I realized that Hatsune Miku fans are not just diverse, but extremely devoted and enthusiastic about their pop star. They were genuinely thrilled that this was my first Miku show, and happily filled me in on the history, concept, and background of the whole Crypton Media gang. So even if you don’t “get” the concept of a 2-D hologram, Miku’s enthusiastic, unpretentious fan base will be more than happy to show you otherwise. 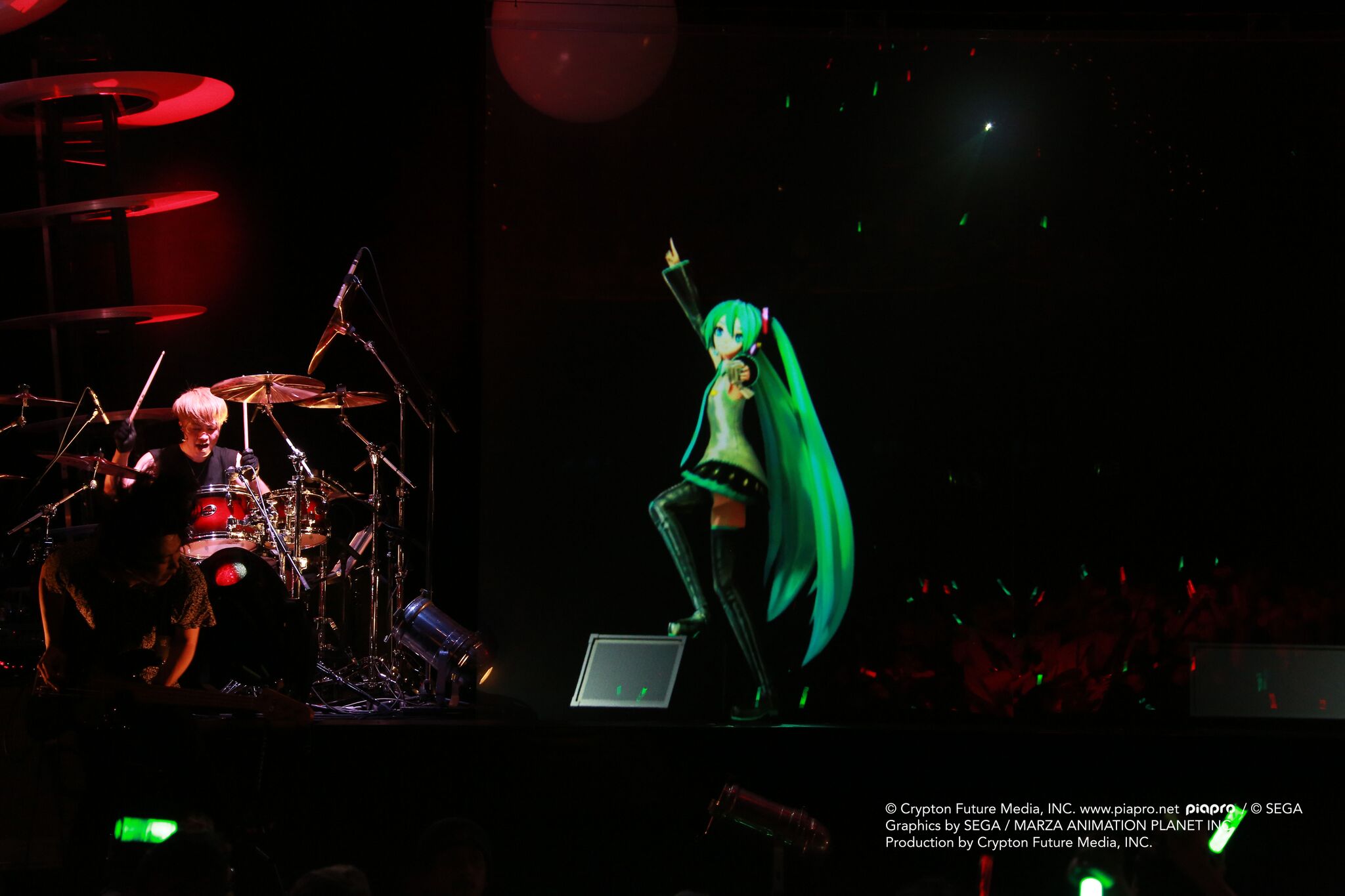 -1
3   1
previous [GIVEAWAYS] Enter to Win a Boutique Camping Experience & Much More at Enchanted Forest Gathering
next [INTERVIEWS] L.A. Trailblazer Jamie Prado Made Us the Perfect Playlist for Splash House