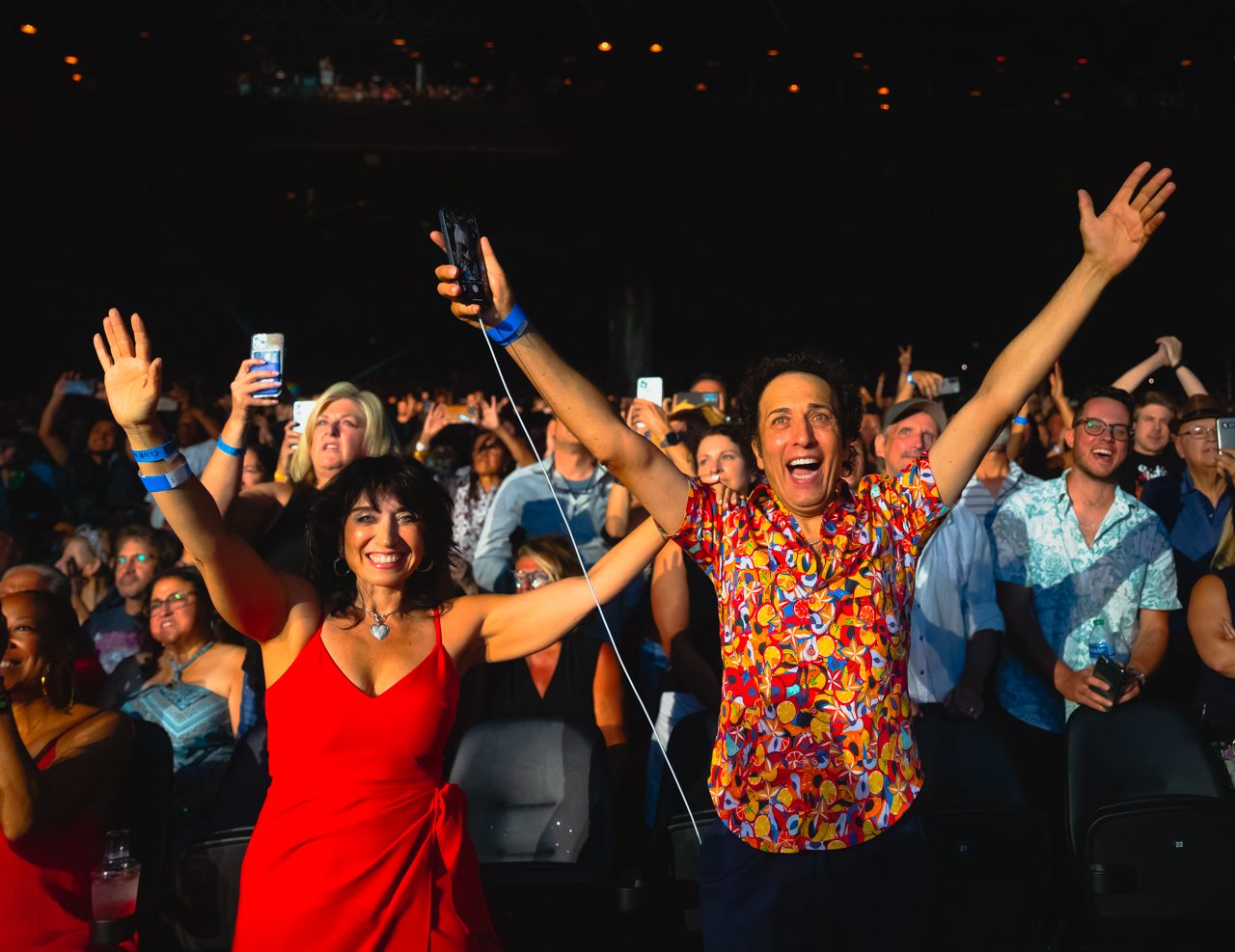 To put it simply, a double concert bill of Santana and Earth Wind & Fire is a night that is not worth missing.

The Rock and Roll Hall of Famers have joined forces this summer for their “Miraculous Supernatural” tour, which is currently underway and making stops all across North America. Despite the many incredible cities that these musicians have and will visit, their July 2nd stop at Hollywood Casino Amphitheatre was particularly a special one. After all, it was the exact place where Carlos Santana proposed to his wife and current drummer, Cindy Blackman Santana, on stage during a show back on July 9th, 2010. With Earth, Wind & Fire co-founder Verdine White also sharing hometown roots just miles away, this stop on the tour was certainly memorable.

The fans knew it, too.

Santana later shared on his official Instagram that this show was the highest-grossing and highest-attendance of the entire tour – and it certainly did not disappoint. Earth Wind & Fire opened the night with a spectacular 90-minute set, featuring original members Philip Bailey, Verdine White, and Ralph Johnson. With timeless hits such as “Shining Star”, “September, “Boogie Wonderland,”and “Let’s Groove,” all making appearances, the group seemingly defied age with a youthful flare that resonated deeply with their audience.

After EWF got the party started, Santana took to the stage with his band as footage from his performance of “Soul Sacrifice” at Woodstock played in the background. Carlos, who is undeniably among of the greatest musicians in modern history, quickly reminded those in attendance that he’s still at the top of elite musicianship. At 74 years old, Santana is still delivering both fire and finesse, performing timeless tracks such as “Evil Ways,” “Black Magic Woman/Gypsy Queen,” “Oye Como Va,” “Maria Maria” and also an extended rendition of “Smooth,” which served as the final song of the set.

While both headlining acts are in the later stages of their careers, they are still here with a burning desire to play. Friday night only solidified their timelessness as some of the greatest musicians to ever have ever lived. You will not be disappointed by this tour. Tickets and additional info regarding the “Miraculous Supernatural” tour can be accessed here.

Enjoy a photo recap from the lens of Joe Ruffalo below.