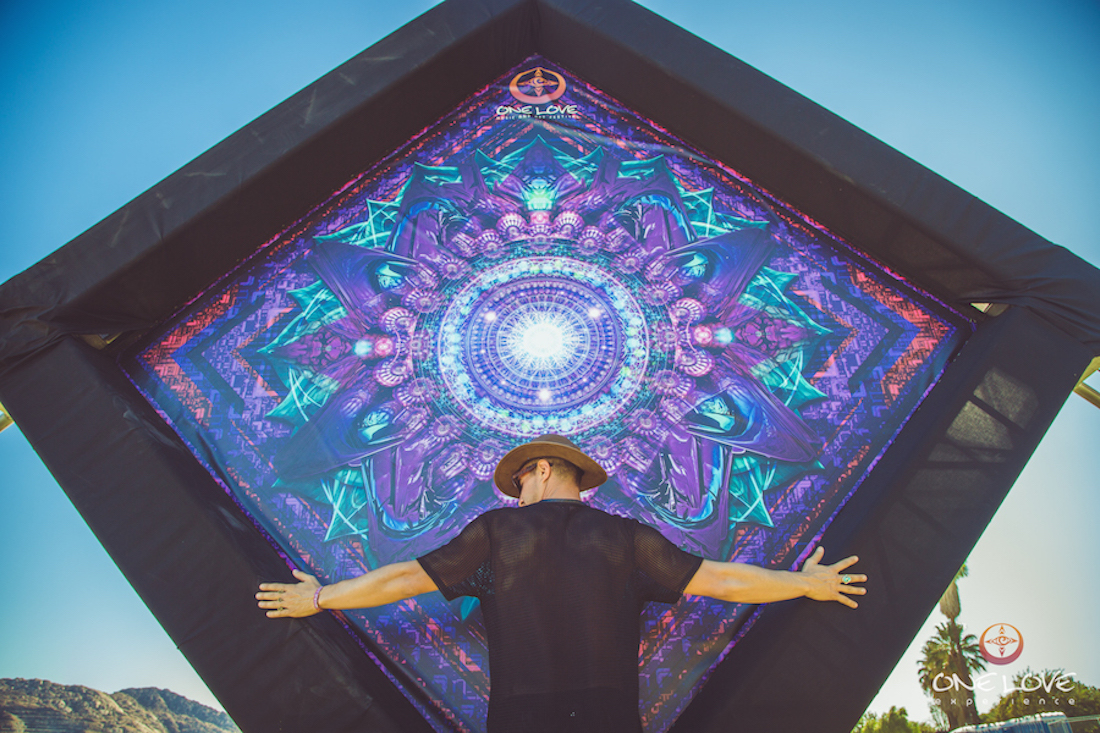 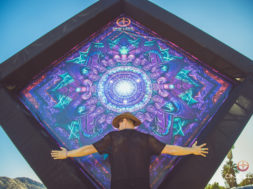 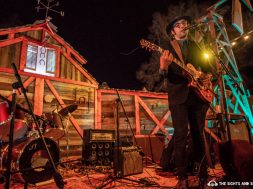 My first trek into the festival grounds was a treacherous voyage. I had to walk a whole 500ft. over paved roads and dance on groomed grass and delightfully cool beach the whole weekend.

I thought this was going to be more desert oasis and less lavish nature resort. So I packed heavy boots and several facemasks for the dust that doesn’t exist. Poor me. Instead, my bare feet wiggled through grains of sand and my moistened eyes awoke to a backdrop of layered mountains across a glassy, welcoming lake. 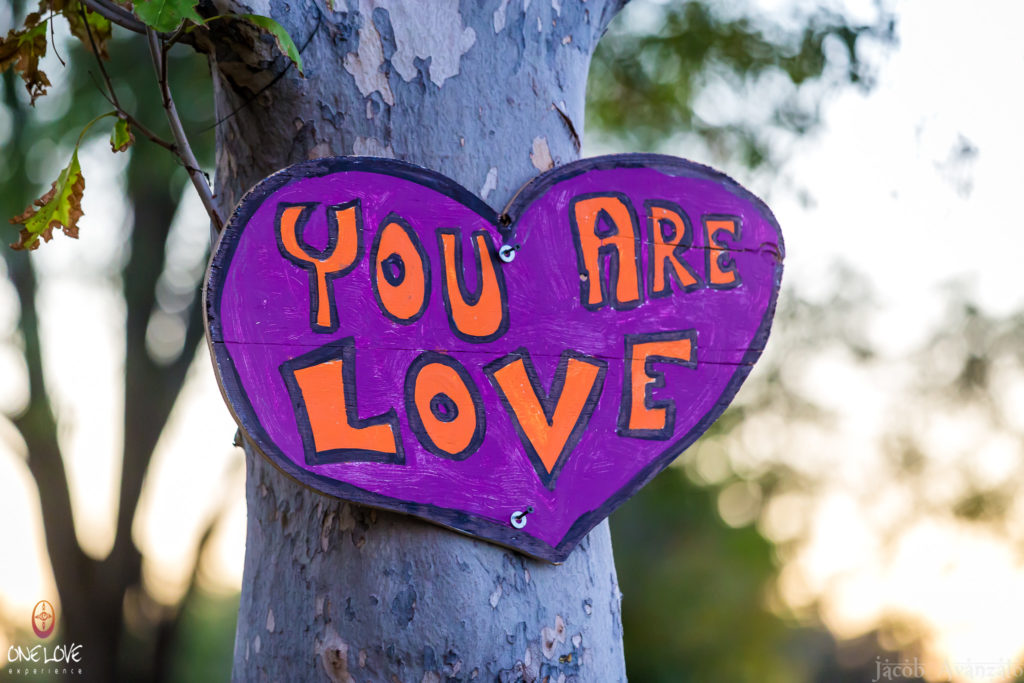 Lake Perris, CA has been an untouched location for transformational festivals until recently when One Love Festival landed there this past weekend of October 20-22nd, 2017. Being only 60 miles outside of Los Angeles, absolutely breathtaking, and untouchably accommodating, I don’t know how other organizers have not yet set foot on this virgin venue. The capacity to hold a massive crowd is certainly there, but the producers of One Love made it a point to draw radical emphasis on intimacy – and I thank them for that! Having (probably) far less than 4,000 attendees, I would go as far to say that they have redefined the meaning of an intimate gathering.

One Love Festival is like the parent that spoils their child without turning them into a complete asshole, ya know? They spoil the right way. Here are 8 ways One Love spoiled me.

There are two types of bass heads. Those who stand directly in front of the speakers and those like Harlan Emil Gruber, who built a contraption to capture the earth shattering sensation without blowing your eardrums clear off. This teal blue, geometric bass craft is a true scientific work of art in the way it absorbs frequencies and vibrates through the cavernous prism that shakes to the beat of literally every stage within earshot. Perfect for when you need a spot to lie down but still want to blast off. 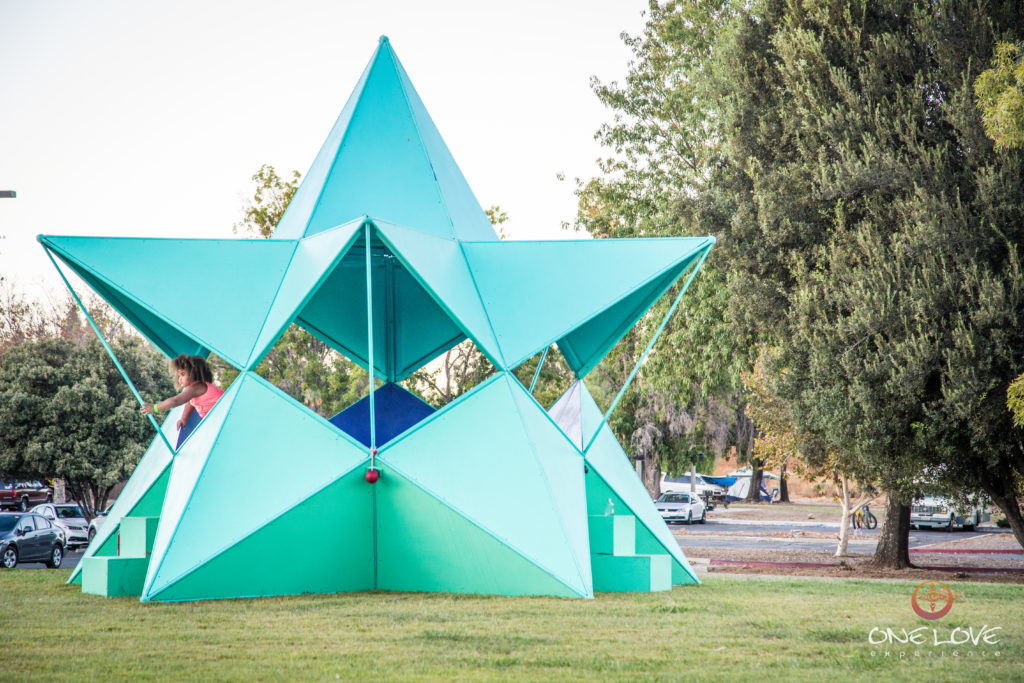 The Polish Ambassador always delivers. Something about that muted yellow blazer and flashy blue bowtie makes me “Woo hoo” like Michael Jackson every time. That’s’ no surprise. But his Wanna Be Startin’ Somethin’ Remix is the ultimate funk marathon of dancing and it got me jazzed as heck. Plus he melted my heart when Ayla Nereo came out to perform their Wildlight song, Twirl Me. 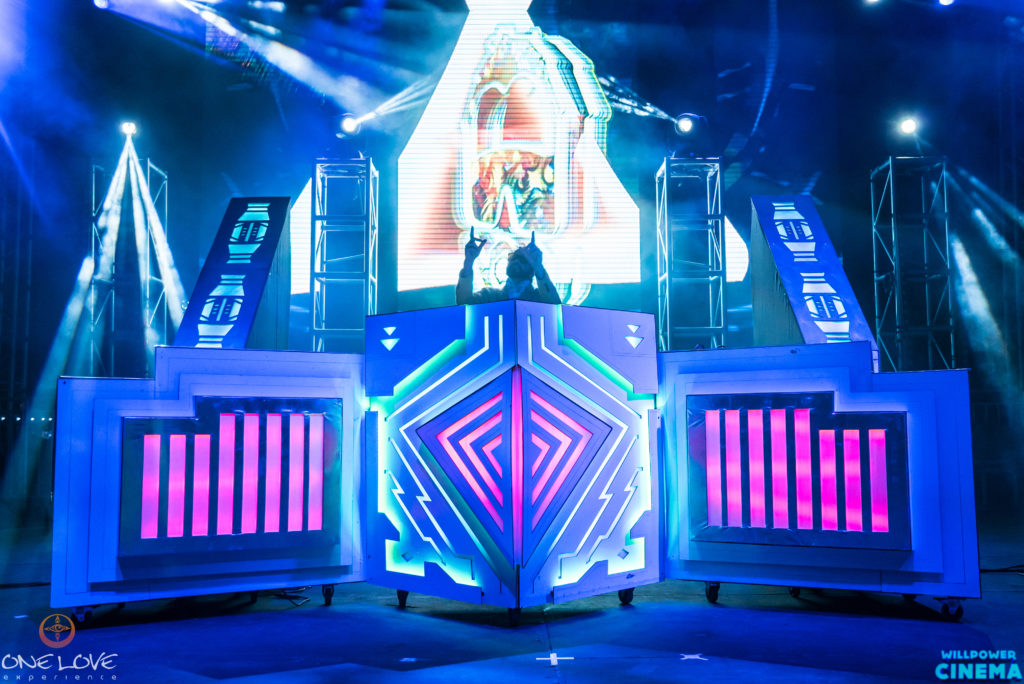 Take me to Candy Mountain so that I may prance with the unicorns and wiggle my bum until the sun comes up. As my eyes seductively traced the spirals of candy cane (stripper) poles up towards the heart-shaped “Welcome Home” sign, it became abundantly clear how hard I was Unicorning. I love you, Camp Charlie. 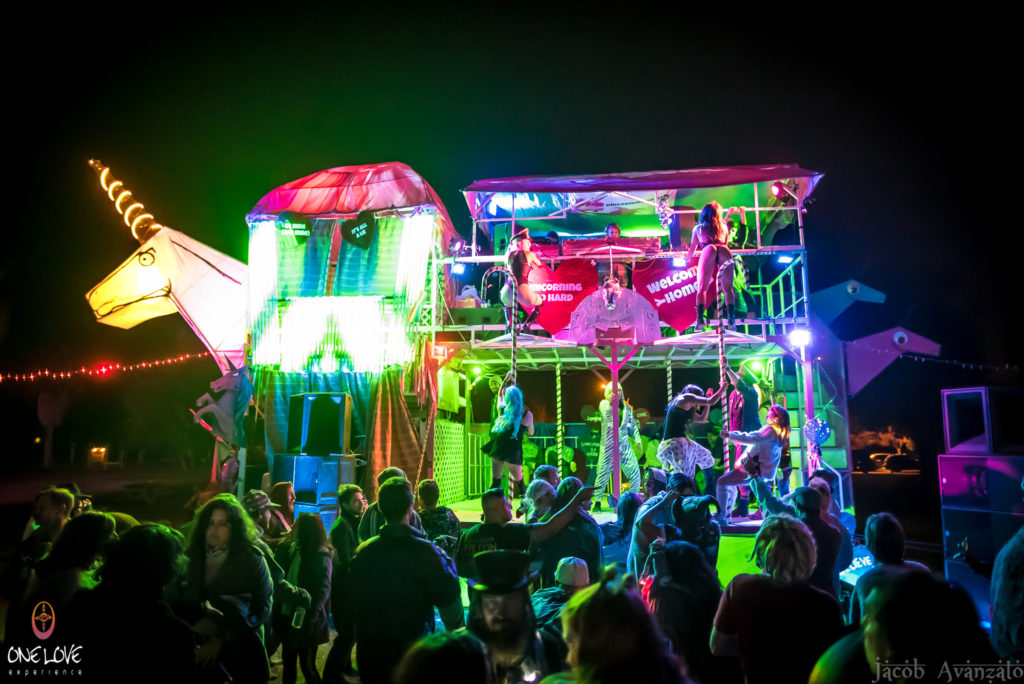 Feels like stunning campout festival but with glamp-like luxuries available to everyone. Lake Perris Campground is a full-service camping destination. Are you camped in the dirt? Yes. Do people walk across paved streets to the festival grounds barefoot? Damn right. Are there showers? See #1 and prepare to be blown away. 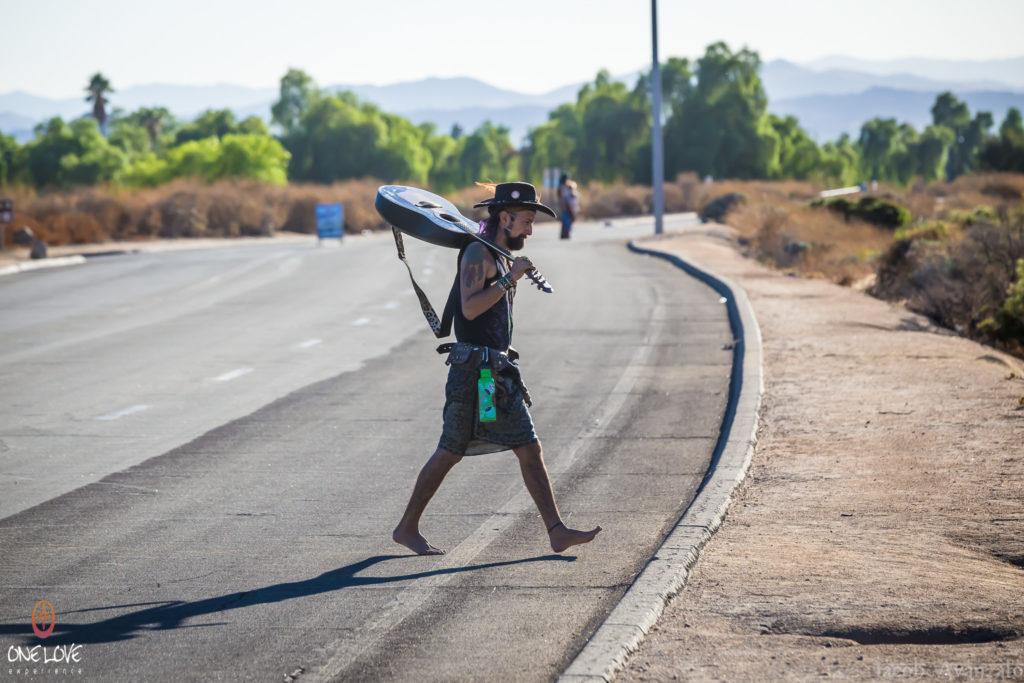 On several occasions attendees gasped in awe, “How has nobody thrown a festival at this venue until now?!” The tantalizing trio of lush, emerald blades of grass, sultry beach sand, and whooshing water by the lake spoiled me like no other. As usual with any waterfront fest, I was fully prepared to skip out on bathing for the weekend. 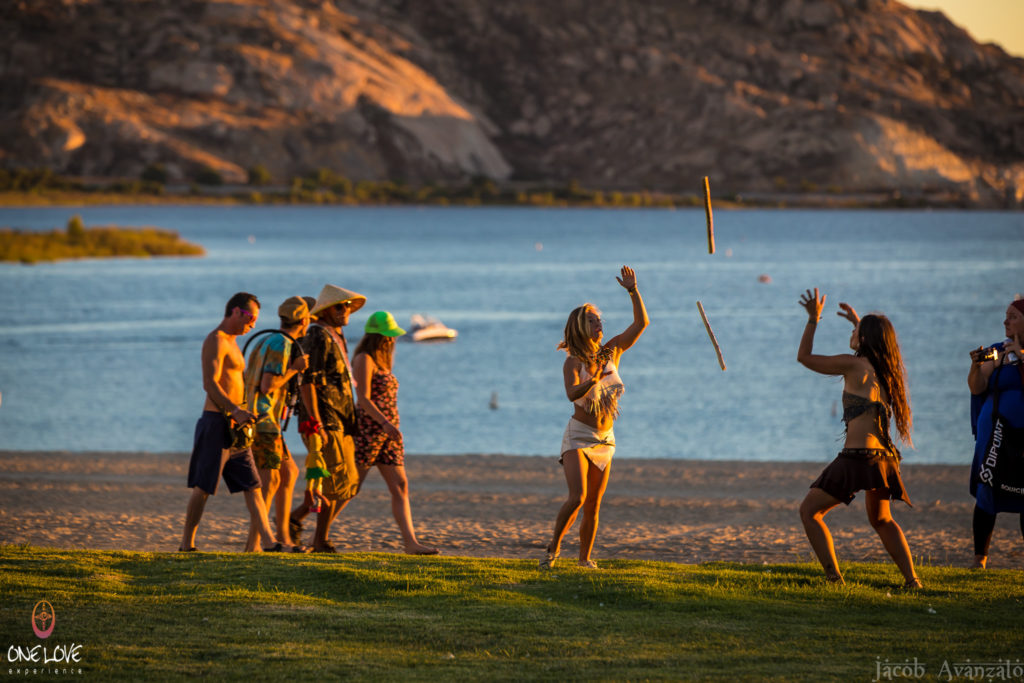 The Five Love Languages that is. I had heard that this art installation was a Burning Man proposal piece from a man to his now wife. Powered by solar electricity, this already iridescent heart pumps with light by night, centered in the middle of five metal hearts laid in the sand. Each imprinted with one of the five love languages (Touch, Time, Gifts, Affirmation, & Service). I witnessed a group of strangers holding each other over Touch and providing verbal support above Affirmation. Naturally, I waited at Gifts where I granted them a joint that we proceeded to ignite with the fire of love that burned throughout the festival. Fortunately we had a lighter too. 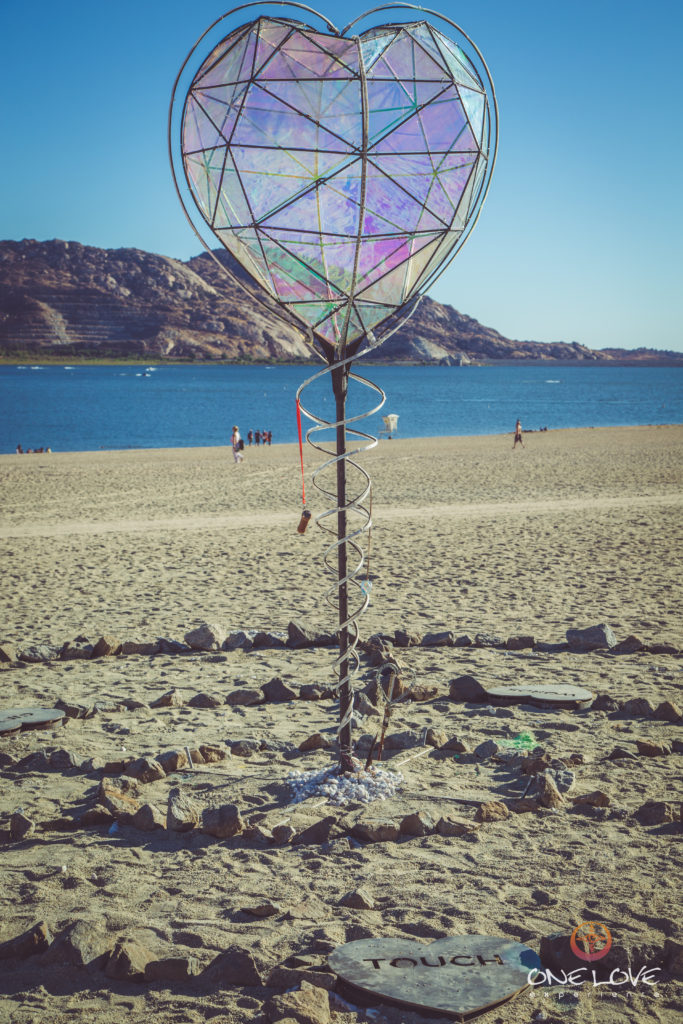 That word sounds funny when you say it too much. But this shower thing was no joke. Like I said, the hosting venue is a fully functioning campground with showers (and bathrooms) at each site! The water was warm and the best part…they were free of charge. Unheard of. “Ughh, I guess I’ll shower if I have to!” 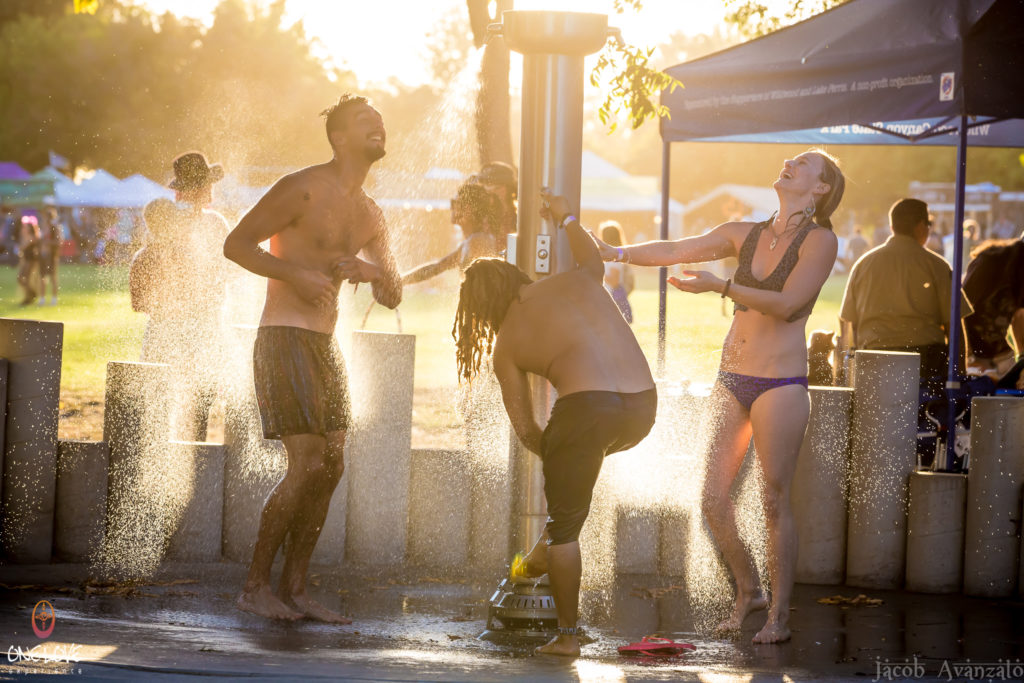 Arguably one of the most sought after and spoken about sets of the weekend was the famed and legendary Moby. When I got to his set, it appeared that everyone had forgotten to show up because I bounced my way into front and center without so much as brushing a shoulder! Every set allowed for SO MUCH ROOM to dance and at no point was there even close to ‘too many people’ at one stage. Honestly, it took some getting used to. But uh, I could definitely get used to that! It was like having a private set by your favorite artists at all times!