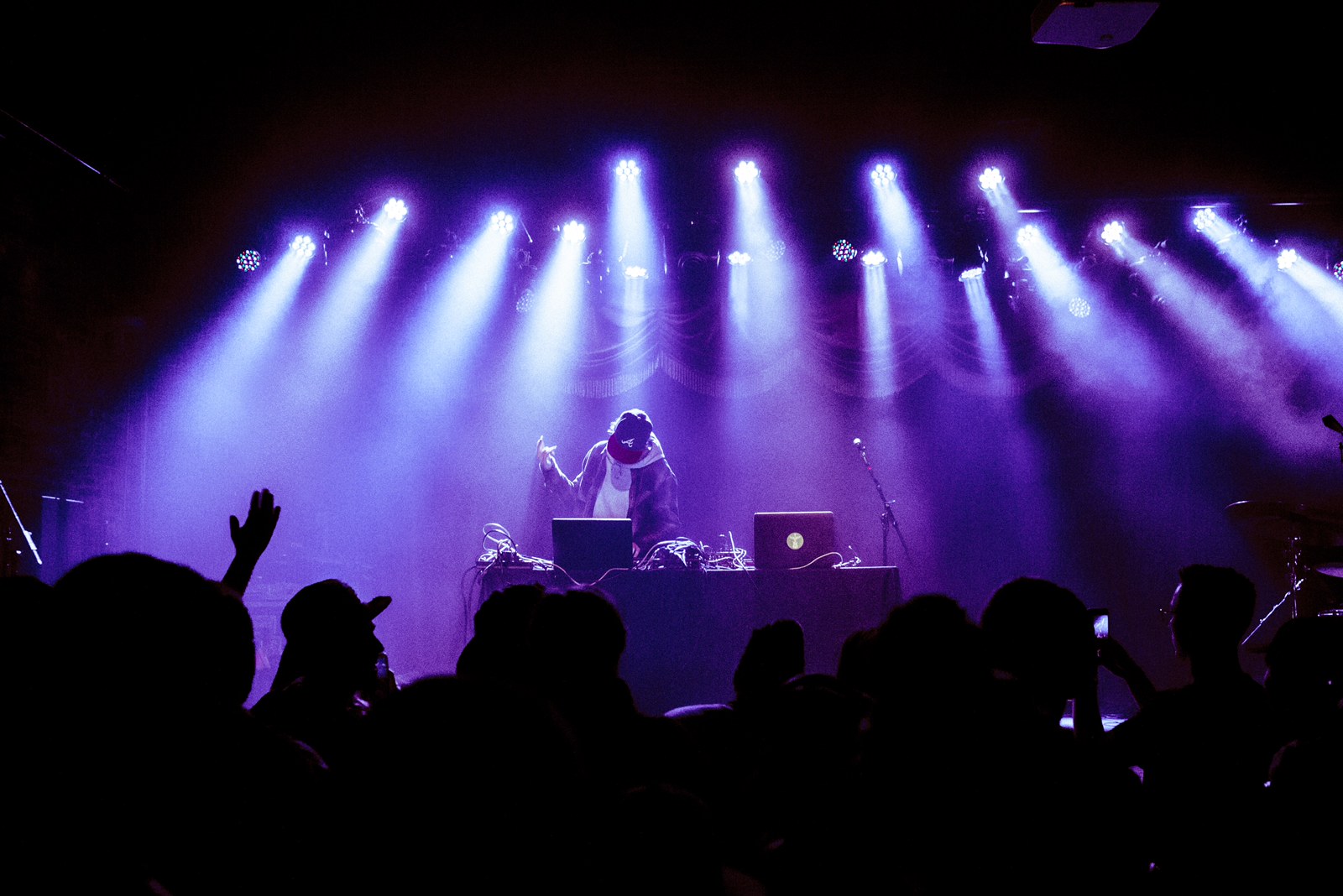 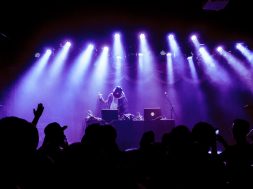 Daily Bread got the spot toasty at Cervantes Masterpiece Ballroom on Thursday, May 2nd to celebrate the release of his new album, Navigator, Standby.

DB was joined on the bill by a powerhouse of artists including Supervision, Mux Mool, and Guggenz. Navigator, Standby is available to listen to today; the collection of tracks is the most cohesive and well-polished work that Whatley has released to date. His delivery of the new project at Cervantes gave listeners a memorable live experience to complement the album.

Daily Bread is the moniker for Atlanta producer Rhett Whatley. Those unfamiliar with Whatley’s discography have some serious catching up to do; his sampling style is unmatched and he crate digs with the eye (and ear) of a sonic archeologist. With seven projects under his belt dating back to 2014, Whatley’s deep catalog gives him plenty of music to pull from to reach almost any emotion on the musical spectrum.

Whatley’s new album, Navigator Standby, takes listeners out of Atlanta and into the cosmos for a sample-heavy soulful yet heavy electric experience. Speaking about the new project, Whatley says,

“This album is dedicated to cosmic breadheads everywhere. Given the vastness of space and the immensity of time in which we exist, it is my intense joy to be sharing this moment in time with you,” Rhett Whatley / Daily Bread

Navigator, Standby’s cohesiveness is the most notable difference among Whatley’s past projects; the album is strung together in a fashion that allows a seamless flow of energy between songs. Dramatically kicking things off in the intro “Spaceships on I-285”, listeners feel transported from I-285 to the deep stretches of the night sky with spacey synths and contorted vocal samples.

The track has strong hip-hop vibes and gives off the illusion of being abducted from Atlanta into the night sky. Whatley dropped this track early in his set and followed it up by a hot version of “Short Fuse”.

Mellowing things out with “A Cloudy Day Pt. III”, the album’s second track will keep your head nodding with a phat kick-clap combo. The energy picks up about halfway through this one with Whatley’s incorporation of offbeat electronic wubs.

Next up is my personal favorite from the album “The Kind of Love”. This banger’s powerful clap samples slapped me in the face as soon as they hit. My love for this song accelerates at about two minutes in when the juiciest of synths are arranged in a melody that won’t leave my head even hours after playing.

Whatley closed out with this one at Cervantes putting an exclamation point on the end of his set. As with most of Daily Bread’s recent projects, a feature from Obeah makes an appearance. Obeah craftily draws comparisons with his own life and that of an astronaut, talking about the fear and anxiety that comes with leaving the place you’re comfortable with and the risk that comes with spending time away from the people you love.

“Intersteller Frequency” is a smooth collab with poet-turned-rapper STS gold. The highly talented poet talks about cruising through Atlanta, painting pictures with vivid imagery as he does so well. Diving deeper on the album, “Alien Creatures Are Landing” is an upbeat joint classic to Bread’s style. The drums are crunchy enough to make you think they came fresh from a KFC extra-crsipy 3-piece combo. Whatley opened with this one at Cervantes, setting the tone early in the set.

Finally, the title track “Navigator, Standby” takes it home with some wobbly bass and plenty of space station sampling. The album is hands down my favorite from Whatley, and getting to see him play through a majority of it live just took it to the next level.

Sit-Ins from SunSquabi‘s Kevin Donohue and Late Night Radio helped push the album release party over the top. Other than some small technical difficulties, the show was a well-developed showcase of Whatley’s extensive discography. He played through old tracks and new with unreleased music peppered in. The new album hit hard live and the projection of Whatley’s hard work was missed by none.

The visuals for his set were interesting and refreshing; the collage Whatley put together to tell the story of the new album looked great on the large screen behind him during the set. All-in-all, Whatley’s mixing continues to improve every time I see him, and it’s awesome to see him innovate and continue to bring new ideas and sounds to the table.

The support acts at Cervantes fit the vibe of the night perfectly. Supervision‘s new music sounded amazing, finger drum champion Mux Mool killed it, and the Minneapolis up-and-comer Guggenz set things off with emphasis from the start. The hip-hop, soul, and heavy bass vibes were strong with this collection of artists, and Denver is lucky to have been chosen as the spot to celebrate the release of the new project.