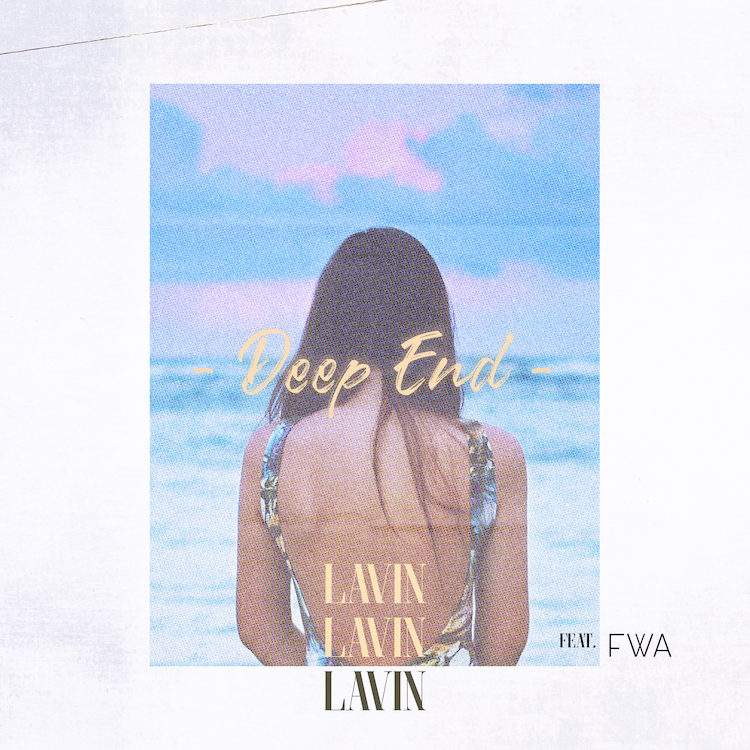 Catapulting to the forefront of the electronic scene with their debut release “Too Close,” European based duo LAVIN recently released their sophomore single “Deep End.” Both releases were distributed by powerhouse Sony music-backed electronic label Arista. First meeting at Norwegian music production school, LIMPI, the duo impresses with their highly emotive and lush sound that shoots straight to the heart.

Two brilliant musicians from diverse backgrounds, as LAVIN, Anders and Oskar merge together two different worlds for their own eclectic blend of indie electronica. On “Deep End,” LAVIN combines forces with Norwegian vocalist Frida Amundsen aka FWA to produce a highly enchanting sound replete with passionate and emotional fervor.

In support of the release of “Deep End,” we recently met up with LAVIN and FWA about their backgrounds, musical inspiration, and more.

How did the idea of forming the group come about?

LAVIN: LAVIN sort of formed itself. We started making music together at LIMPI, a music school in Norway. After making a couple of songs, the LAVIN-sound started to manifest itself, and a new concept was born. The moment we knew for sure was when we finished “Too Close,” which was our first single. We then came up with the name LAVIN and had three songs in the same vibe.

LAVIN is about finding the beautiful in the ugly and the vulnerability in the rough. Above all, it is about bringing the listener into an interesting universe.

Does creative energy come easy between the both of you?

LAVIN: Yes, we usually have music on our minds and can’t wait to sit down in the studio to get the creativity out. While making music, we always put the song first. We value honesty, openness, and good vibes when we’re in the studio.

What type of message do you hope the end-listener receives when listening to your music?

LAVIN: The exact message depends on the song. But with all our music we want to bring the listener into our universe.

LAVIN: Yes! Right now, we are focused on “Deep End,” but we have a lot of stuff that we want to share with the world.

What are some of the best moments making the group LAVIN has brought you?

·       Making our first songs together and developing our sound.

·       Finishing “Too Close” and blasting it in the car while driving in the mountains.

·       Getting to work with amazing artists like FWA and Cate Downey.

How did you get into singing?
FWA: I come from a family where music has always been important, and we have always sung and played together. So it happened very naturally, and I was encouraged especially by my grandfather who paid for my piano lessons and told my piano teacher (who happened to also be a vocal coach) that he should try to get me to sing in my piano class, I was very shy, but eventually he taught me both how to play and sing.

How did the ‘Deep End’ project develop into a release from your perspective?

FWA: “Deep End” was written in a session with Kingdoms (Seán Mac and Dom Liu) and Conor Blake. I’ve written with Kingdoms many times before, and Kingdoms and Conor has worked together loads before, so it all felt quite natural and comfortable when we jumped on Zoom to write. Then a few months later Sony Norway reached out to me and told me about this new project LAVIN and sent me some music that they had done. I was very impressed and sent over a few songs I thought could fit their project, “Deep End” was one of them.

What singers are inspiring you in 2021?

FWA: I still listen to a lot of old/classic music and I can never get over talents like Whitney Houston, Bette Midler, and Eva Cassidy. Some of my all-time favorite singers. However, there are so many great voices now like Billie Eilies, Becky Hill, and Astrid S. I’m totally hung up on Virginia To Vegas and Zoe Wees these days though.

Do you prefer working with artists in person or are you OK with sending files back and forth?

FWA: I love working over zoom. I never thought I would. As long as you get along musically, it works out. That being said I of course miss the energy from the room, and I’m really looking forward to actually meeting some of the musicians I’ve only worked with over Zoom.

What has you excited about the future, musically speaking?

FWA: There are so many great things happening at the moment. There’s this punky old school Avril Lavigne vibe going on that I love. Olivia Rodrigo I think is doing some really cool and inspiring stuff. I’m really excited about digging into my own project FWA for a little while now, as I’ve spent most of 2021 writing for other artists. Will probably be a lot of sad love songs, even though I’m happy as can be right now:))

Listen to “Deep End” below.