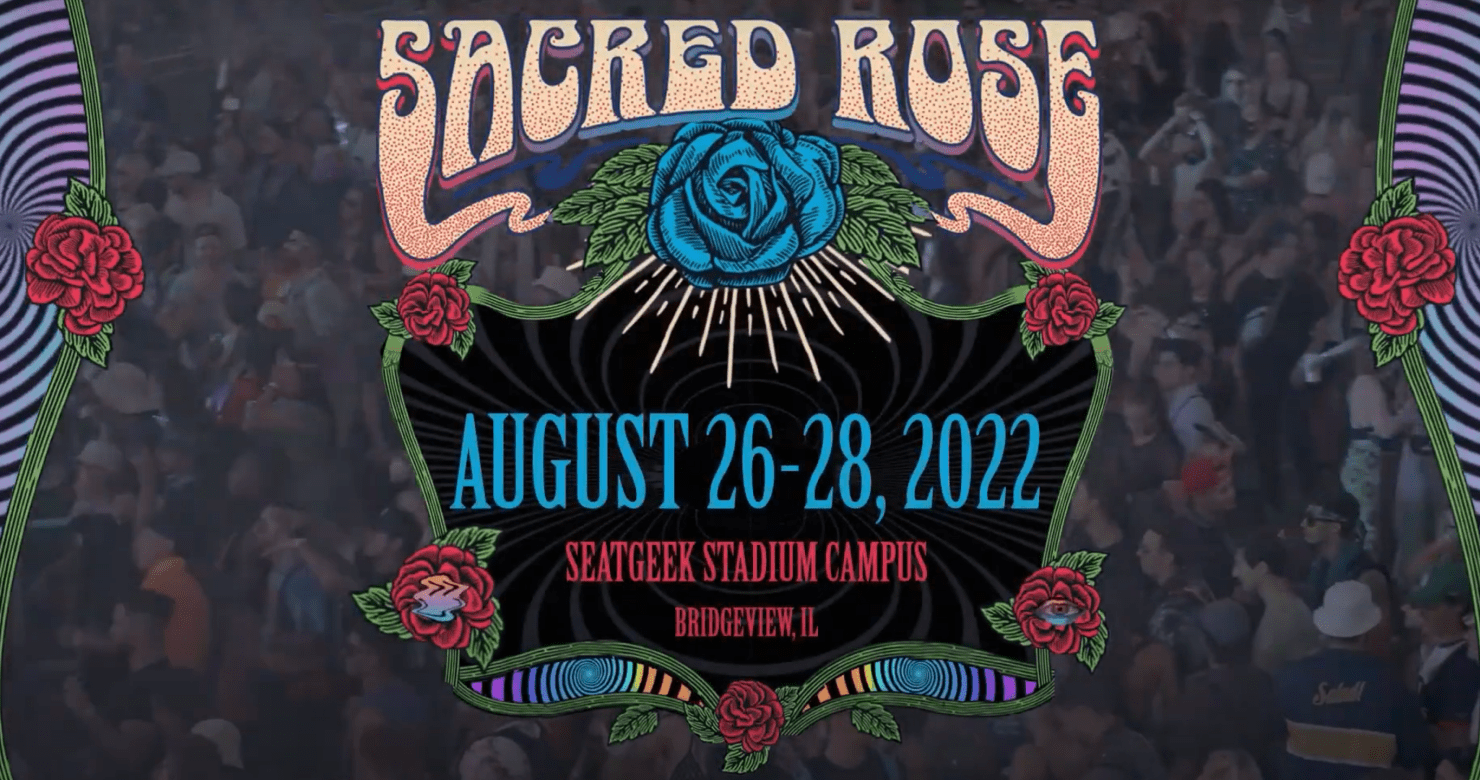 Yes, we know that Sacred Rose is still months away.

But with a lineup filled with an abundance of top-tier musical acts, it’s never too early to begin planning. Feeling overwhelmed? Worried about conflicting set times? We’re here to help you out, as we break down the festival’s top ten must-see headliners.

In 2018, Rolling Stone voted Midnight North as the “Best New Act” in its review of 2018’s Peach Music Festival, crediting the band for “taking the best parts of roots music and weaving them into a tapestry of rock and Americana.” Led by the wonderful voice of lead singer (and Chicagoland native) Elliott Peck, the quartet’s blissful melodies are guaranteed to soothe the souls of those who listen. With Peck being backed by Nathan Graham, Connor O’Sullivan, and Grahame Lesh (son of legendary Grateful Dead bassist, Phil Lesh), we are beyond excited to watch this incredible group make their Sacred Rose debut on the Canopy Stage Friday at 12:45 pm.

Be sure to check out their soulful rendition of “Angel Of Montgomery” here.

9. Circles Around The Sun

Nearly seven years ago, the late-great Neal Casal was invited by Justin Kreutzmann to compose special intermission music for the Grateful Dead’s legendary “Fare Thee Well” concerts in Santa Clara and Chicago. Eager and honored to take on the task, Casal assembled “Circles Around The Sun.” The band went on to record nearly five hours of music, which soon garnered positive reception from fans and labels. Since Casal’s passing, the band has continued to carry the torch, releasing several incredible studio releases. The group is scheduled to perform on the Canopy Stage at 4:00 pm on Sunday.

Feel free to check out their tune, “You Gotta Start Somewhere” here.

Whether it’s writing, composing, or playing, Minneapolis-based musician Cory Wong is a jack of all trades. With the Red Hot Chili Peppers and Primus both credited as his early influences, the Grammy-nominated artist has gone onto collaborate with Vulfpeck, Dave Koz, and even Stephen Colbert’s house band, Stay Human. Cory Wong will be bringing lots of funk and fun to the Dreamfield Stage on Saturday at 6:45 pm.

Give Cory’s catchy song, “Light As Anything (feat. Robbie Wulfsohn)” a listen here.

As the former drummer of the Weir/Lesh driven project, Furthur, Joe Russo continues to carry the torch of the Grateful Dead with his current band, Joe Russo’s Almost Dead. Since 2013, the quintet has been performing live renditions from the group’s expansive catalog, all while including their own unique flare to each track. The group has attracted Deadheads from far and wide, and continues to serve as a driving force in the jam-band community. JRAD will help close down festivities on Sunday at the Canopy Stage at 8:00 pm.

Listen to the band’s cover of “Althea” here.

Watching Kamasi Washington perform live is an experience unlike any other. As one of the most prolific jazz musicians of his time, the critically-acclaimed saxophonist continues to push creative boundaries, while collaborating with some of the most talented individuals in music. The impact and experience is tough to put into words, but please, trust our word. Washington is set to grace The Vega stage on Sunday at 7:15 pm.

Often drawing comparisons to legendary artists such as Jackson Browne and Crosby, Stills, and Nash, Dawes has been delivering a unique contemporary twang since their formation in 2009. The West Coast outlet has continued to build a dedicated following, which has been a result of ample touring and seven full-length studio releases. Their eighth upcoming album, titled “Misadventure Of Doomscroller”, is due out July 22, 2022. The band is set to perform at this year’s Sacred Rose festival at the Canopy stage on Sunday at 6:00 pm.

Listen to their song, “When You Call My Name” here.

After we were lucky enough to catch Black Pumas earlier this year at Innings Festival in Tempe, Arizona, we have been anxiously waiting for the opportunity to see them once again. This group, simply put, is worth every penny of the price of admission. Led by lead singer Eric Burton and guitarist Adrian Quesada, the group has tapped into a perfect balance of psychedelia and soul, which only leaves the listener with a blissful smile. We can’t contain our excitement for this group’s performance at Sacred Rose. Black Pumas are scheduled to perform Friday at the Dreamfield Stage at 10:30 pm.

Check out their outstanding live rendition of “Colors” here.

Much like the Black Pumas, we were also fortunate enough to catch The War On Drugs earlier this year at Innings Festival in Tempe, Arizona. Arguably one of the greatest live bands around, being immersed in the experience that this group leads will leave you levitating. Led by frontman Adam Granduciel, the Grammy-award winning group is set to perform on the Vega Stage on Friday at 10:30 pm.

To prepare, do us a favor and listen to the entire “Live Drugs” album on repeat here.

As soon as you hear the sound of Mark Speer’s angelic guitar, Laura Lee’s thumping bass, or DJ Johnson’s groove on the kit, you immediately know you’re listening to Khruangbin. The three-piece Texas outlet has drawn influence from a melting pot of cultures and genres, which has only amplified their global appeal. Attracting sold-out crowds around the world, watching Khruangbin grace the Vega Stage on Sunday at 9:30 pm will be nothing short of a special experience.

While it is extremely difficult for us to choose favorites, we had to save the best for last. We are all beyond excited and fortunate to help welcome legendary Grateful Dead bassist, Phil Lesh, back to Chicagoland! This performance is set to be the very first of its kind, as it marks the debut of the supergroup which has been recently referred to as, “Philco.” Joining Lesh Friday on the Canopy Stage at 9:00 pm will be Wilco’s Jeff Tweedy and Nels Cline, along with Jeff Chimenti (Dead & Company), Karl Denson (The Rolling Stones), John Molo (Bruce Hornsby), Stu Allen, Grahame Lesh, and Elliott Peck.  With so much talent gracing the same stage, this is a set that you simply do not want to miss.

In honor of the occasion, listen to Phil sing lead vocals on the Grateful Dead classic, “Box Of Rain” here.

We hope to see you in Bridgeview this August!

For more information regarding this year’s Sacred Rose festival, check out their official website here.