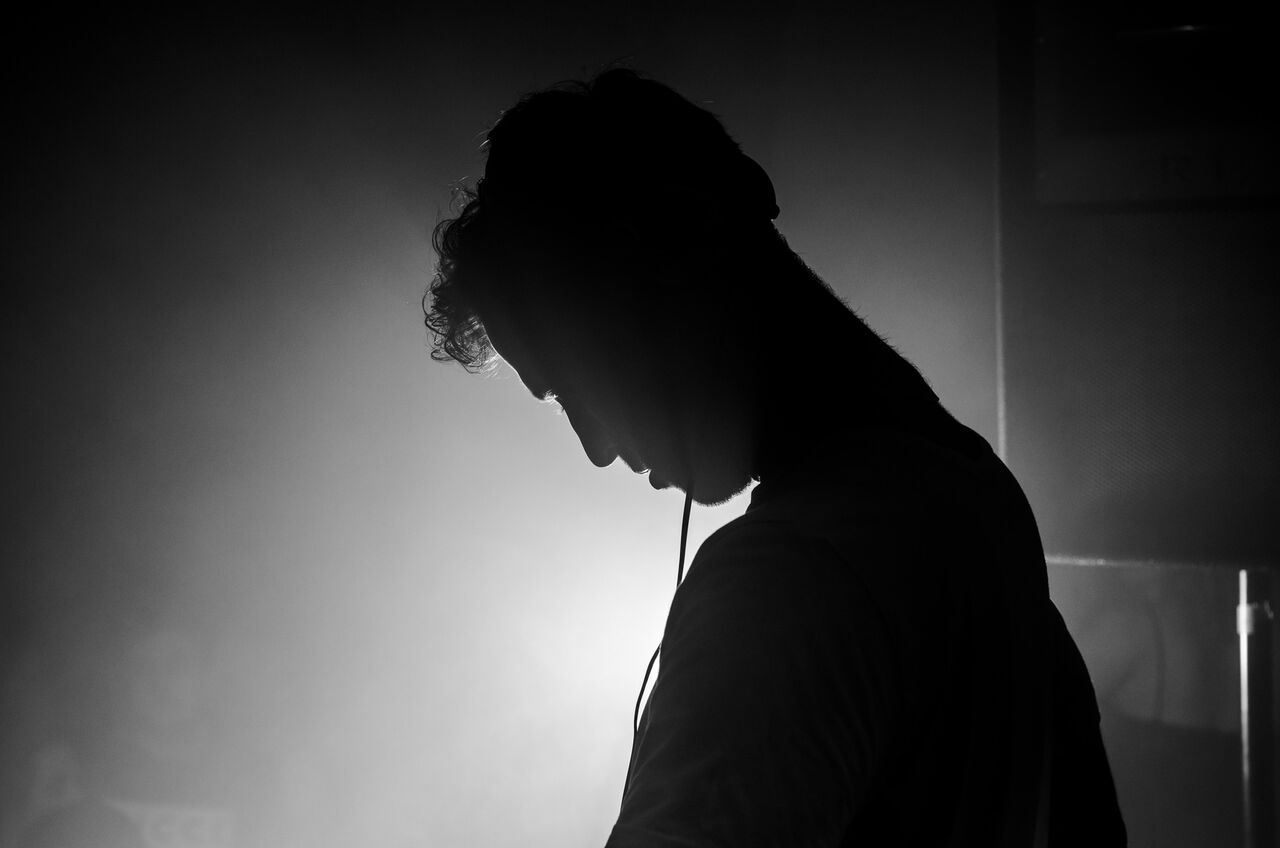 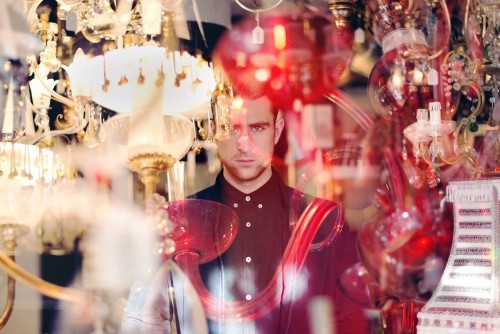 Jack Revill, better known by his stage name of Jackmaster, is widely renowned for his cavernous knowledge of electronic music and tactical precision when it comes to the art of the DJ set. Revill grew up spinning at clubs in Glasgow, one of the worlds most prominent rave cities. By age 14 he was working steadily at the legendary Rubadub record shop in Glasgow, it was there that Revill was given the nickname “Jackmaster,” a reference to the popular term coined in the Chicago house music scene in the 80s. Whether it be unearthing records from crates or playing punctilious techno and house sets, one thing is clear, Jackmaster’s dedication to his craft is about as authentic of an approach as one can find in modern DJ culture.

We got a chance to catch up with Jackmaster during Miami Music Week, here’s what went down.

What’s your take on the Resistance Ultra lineup curation?

I didn’t really see much of the lineup before I got here, but the thing I like about it is, you know, there’s a lot of stigma around the EDM culture here in America so it’s very good that this festival is dedicating a whole stage to the underground. That’s something that’s very important about music. So much innovation comes from the underground, comes from struggle, comes from work.

You mention struggle, is that a prevalent concept in the Glasgow underground scene?

Yeah, Glasgow was a city of despair. Well, I guess it is still a city in despair. It’s a post industrial city. It has ties with Detroit in that way. The decline of ship building and the decline of the motor industry have striking similarities. I think that all the best art, wherever it is, whether its painting, music, or whatever, like I said before it all comes from a struggle; a struggle to get out of something. To get yourself out of the hole you’re in whether that comes from poverty, tragedy, bad luck.

You mention Detroit, have you played any gigs there? Movement Festival?

Well, I’ve played once in Detroit I’ve never played Movement. The thing is, Detroit is such a special place for me musically, that I’m kind of scared to play there; the thought of it overwhelms me me. So I’ve kind of held off on playing gigs in Detroit. That city, from Motown to Underground Resistance to Omar S has soundtracked my life for the last 25 years.

Some DJs from Europe have even gone on record buying missions to Detroit.

Yeah! I started working at Rubadub when I was like fourteen or fifteen and I wasn’t in the best place. I would go into the record shop, and it would be like the place where I could seek solace from everything. Music was truly my escape. The guys who worked at Rubadub had ties with the guys from Submerge. They would go over there in particular just to find new records and artists and bring them home to sell in the shop and to other trusted outlets. It wasn’t even about money for them it was about giving music to the people which is one thing that resonated with me so much when I was a kid. They would go over there and come back 2 weeks later, exhausted but inspired, with these big cardboard boxes filled to the brim with these old dusty records – some old some new. They would put these records on a turntable and what would come out of the speakers would blow my mind, I would just be so enchanted and so…. You know, it was confusing and wonderful all at the same time it was so incredible to hear that stuff. The records from 1990 soiunded like they were from the future. it was a complete 180 from what i was hearing on the radio in scotland. So when I heard this stuff coming from Detroit it was just like “boom. this is me”

The art of searching…

Exactly, is that an element that’s been lost in contemporary DJing?

I think so. With the insurgence of Napster, discogs, and the internet in particular. Yeah, it has. It’s easy to be an expert on music now because you can just jump on the internet and bang bang bang. You can download all the data and you can search one artist and download their entire back catalog and have it all at your behest! That art form, of just going down to your local record shop when you’re a kid and just spending hours upon hours working till your fingers have blisters on them from sifting through records upon records…that’s lost.

Reading a crowd is part of the art of DJing as well. What’s the difference between reading a crowd in the UK, Glasgow for instance, and playing a gig in Miami or elsewhere in Europe?

Well, in Glasgow there’s a history of violence and knife crime, so because of that they introduced a curfew in Glasgow so the clubs only open from 11 until 3am. So, you have a very short time span to get your message across. Usually, you’d only get an hour long set in Glasgow. For a DJ that’s not a long time to tell a story, you know what I mean? So you’d play for an hour and have to go bang, bang, bang, bang, bang. Unless you’re a resident DJ of your own party and you can play all night. The licenses here are different. But still, the way that the people in America are conditioned to feel, because of EDM, is very “Bang, bang, bang” as well, rapid fire.

Those shorter sets are much different. Another aspect of DJing is the art of the back to back set. You’re about to play back to back to back with Eats Everything and Nic Fanciulli. How does a back to back dynamic differ from playing a DJ set entirely on your own?

I actually enjoy playing back to back more than DJing myself. I think there’s a sort of energy when you’re DJing. There’s an energy coming from the crowd, there’s an energy coming from you, and then when you add another DJ into the mix it creates another plane. The thing I like about DJing is not simply playing one track after another, it’s about putting two tracks together and creating that extra energy. For me, with back to backs, I’ll try anything once when I’m playing with someone else. If it doesn’t work then it doesn’t work and you don’t do it again.

You have someone to fall back onto.

Do you think it gives you more freedom to take risks?

Exactly, it gives you more freedom to take risks and also it gives you freedom to where you can step back for a minute when he’s playing his track and you can calculate your next move. It’s like a game of chess or a jigsaw puzzle. It’s been a long weekend so maybe i’m not articulating this as well as I could be!

As a young kid involved in the rave scene in Glasgow, did you ever expect the level of notoriety that you have now? Or was it beyond your wildest dreams?

The thing is my dream was never to have notoriety. My dream was always to have music as my life. I really feel very happy that I have got that. But there are times, in particular in places like Miami, that all the bullshit that surrounds it….it can overshadow the music and the music is the most important thing always, well it should be. Sometimes, you need to just check yourself and be like “this is why I do this.” instead of just coasting through it thinking of money and how famous you could be.

So rather than seeking notoriety you’re seeking authenticity.

Exactly, I would rather be respected as a DJ than admired. I don’t want all that bullshit, you know, all of that VIP, groupies, and what not. That’s not really my thing. It was when I was younger but not anymore.

A few years ago, you played a venue called the Cake Shop in South Korea.

What’s it like to play in an environment that isn’t necessarily as attuned to your musical style as other parts of the world?

You know what, I went into the gig that night thinking that there wouldn’t be that many people there and the place was packed and they were screaming my name, asking me to sign my Fabric CD, and they were all really into the music! It was super cold outside like, I’m from Scotland, but it was so cold there man! Sooooo cold! I didn’t expect it to be that cold, it took the face off you! I got there, and there were a lot of people there and they knew the tunes and were asking me for unreleased stuff on Numbers. They knew exactly what was happening, that was one of those times when you remember why you chose to be a DJ. 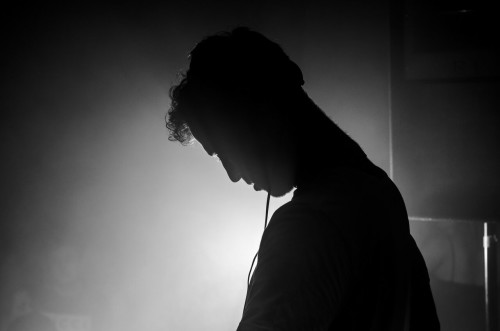 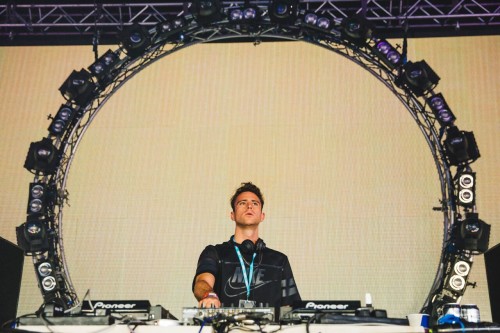