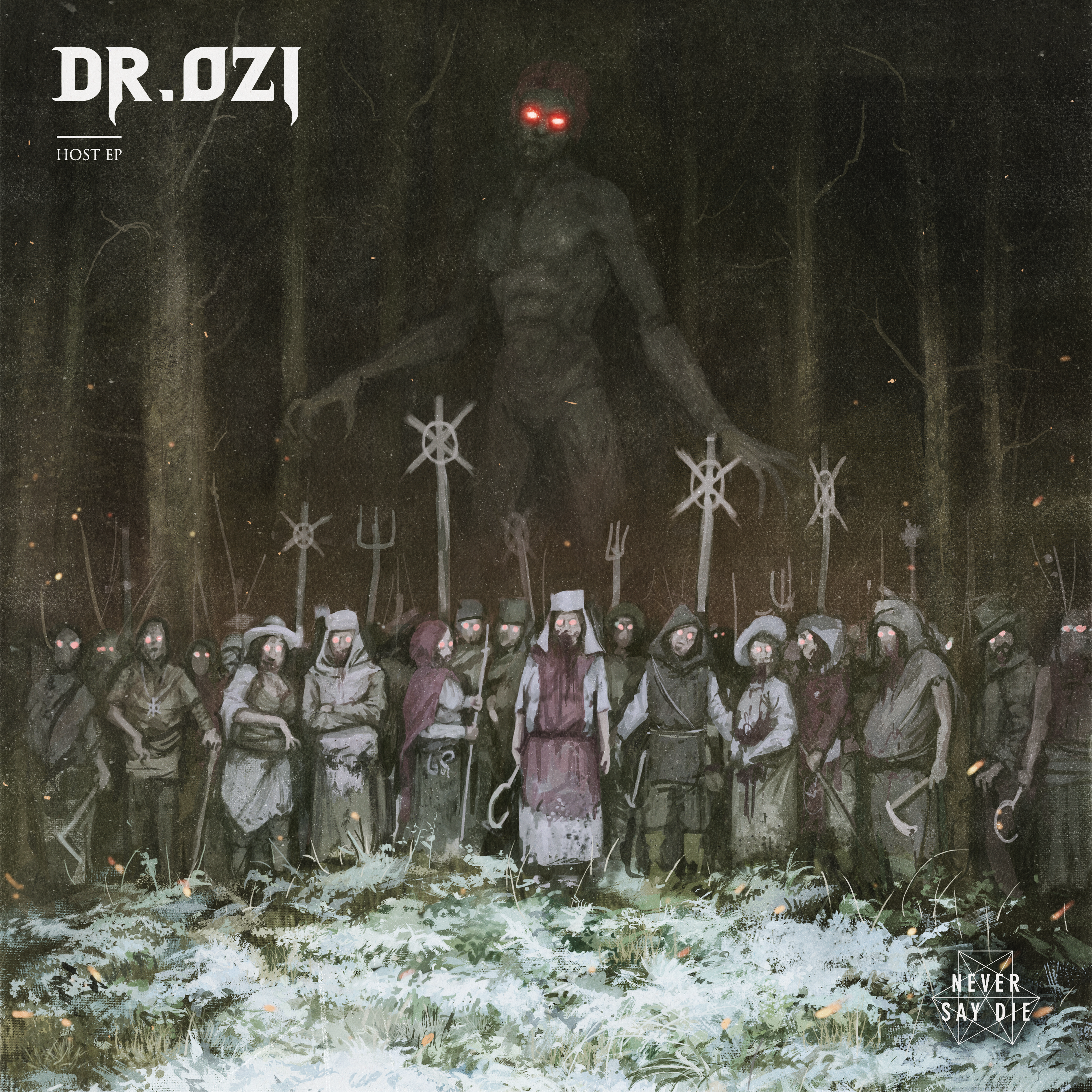 “The “Host” EP is the continuum of the “Demons In Denial” EP – the ongoing story of Dr. Ozi. The Ozi character now has control over the population, and people are beginning to follow him. His followers are known as “hosts.” The EP consists of 5 vastly different tracks – all experimental, yet heavy. Each track demonstrates the new and old sound of Dr. Ozi, whilst maintaining the core storyline.” – Dr. Ozi

What started as a figment of Nix Chohan’s imagination as a young teenager in 2006, the now-epochal Dr. Ozi moniker has grown into something truly special. Drawing his inspiration from everything from punk-rock to his classically trained mother, the internet eventually jump-started his fascination with the digitally birthed sound of dubstep where he would soon find a unique niche and successful career in. Dr. Ozi has earned support from the likes of Zomboy, Skrillex, SKiSM, Getter, Snails, Nero, Slander, Adventure Club, and many more of the scene’s most influential and well-respected tastemakers. Known for bringing a new wave of undeniably heavy yet sleek productions to the forefront of the scene, his colorful and rich palette of sound design has landed him releases on the likes of Buygore, Never Say Die, NSD: Black Label, and Firepower.