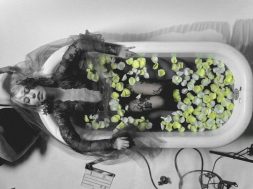 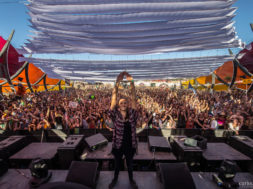 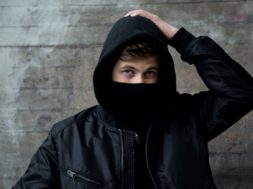 As promised, Sonny Moore, better known as Skrillex, dropped his his new EP, entitled Bangarang, just in time for Christmas. Even though I’m getting it out a couple days late, it’s definitely still worth putting out there. Whether or not you’re a fan of Skrillex, this EP proves that he can produce massive tracks for genres outside of dubstep. It’s just a testament to how good of a producer he is, nevermind the fact that he raked in five Grammy nominations this year.

The EP features some older songs with a new mix as well as some previously unreleased material that covers a range of genres from chill dubstep to moombahton to house/electro. I especially like the softer side of Sonny in “Summit,” featuring Ellie Goulding. I love how big Ellie has become, and I like her even more after she lent her gorgeous vocals to EDM. Other stand out tracks include the insanely banging “Kyoto” and the massive “Right On Time” featuring Kill The Noise and 12th Planet. A great EP overall, and something you need to get your hands on as soon as possible. I’ll wrap this up on a quick perspective note: it’s only been a year and a half since Sonny’s released his debut My Name Is Skrillex EP and look how much he’s shaped EDM already. Expect big things from Skrillex in 2012.

Skrillex’s message to his fans, “Happy Holidays just like I promised…just like I always say, go pirate it if you don’t have money..I just want you to have it..or you can buy it here..either way, I’ll love you.”

With that said, The Tape Deck is hosting the download here.

Also, check out the official video that Skrillex just dropped for his single, “Ruffneck.” Too me, it’s very similar to “First of the Year (Equinox)”, but not as good. As always, a bit creepy though. Check it out below and leave your thoughts on the video in the comments section below.