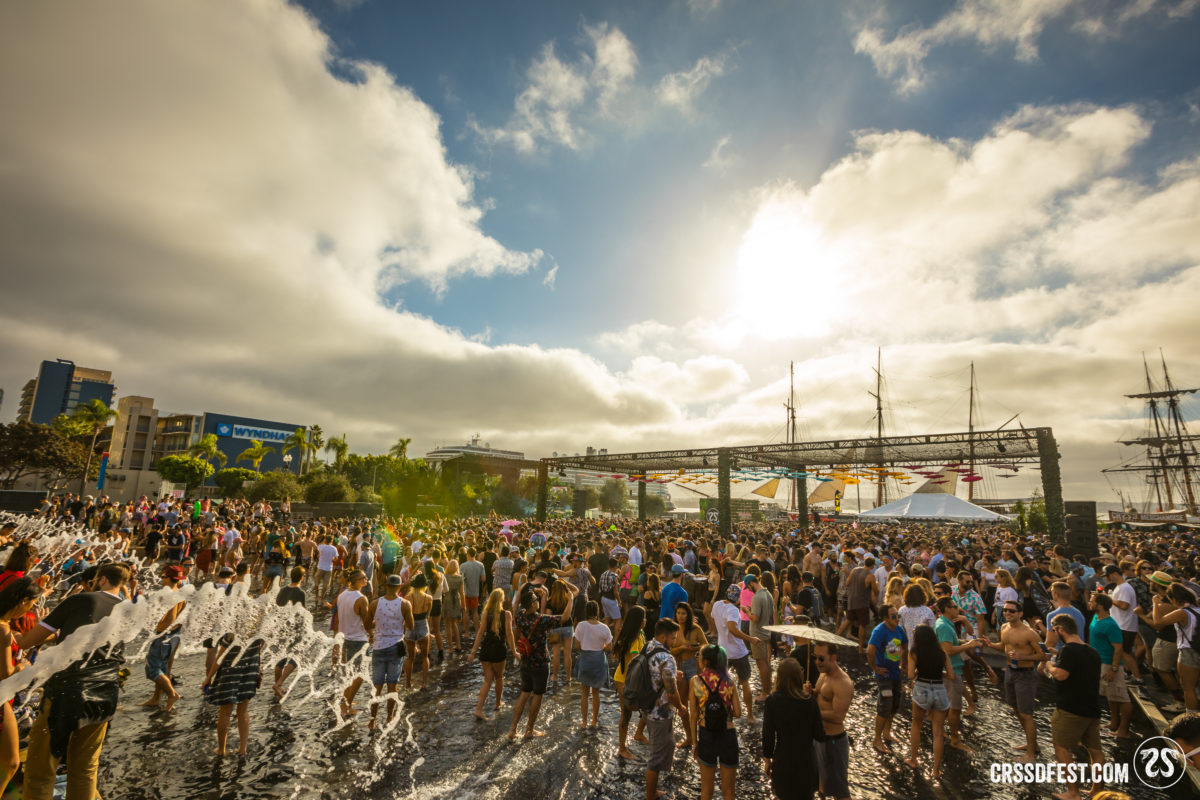 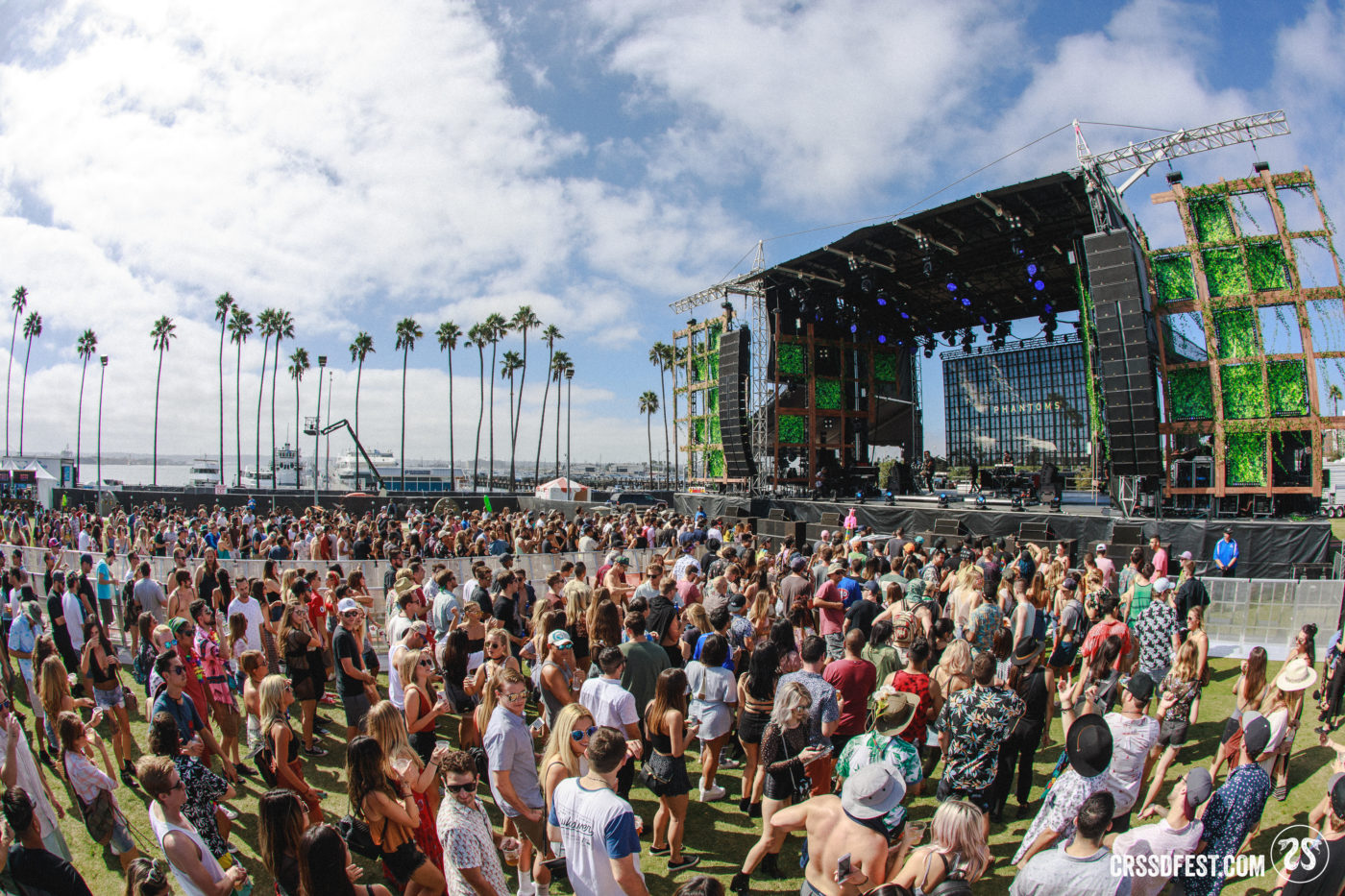 For this recap of CRSSD Fest in San Diego on September 30th & October 1st, we bring you a dual review by our journalists Dane & Emily – one new to experiencing CRSSD and its “house x techno” essence, one a CRSSD veteran and discerning techno enthusiast. Here’s what happened…

The gates of Waterfront Park poured open September 30 / October 1, 2017 to the purring of eager house and techno kitties clad in black. It was San Diego sunshine with a tint of dark synthy bass and an honorable commitment to some untz untz untz.

CRSSD Festival docks some of the hottest artists from the underground electronic scene and brings them to shore at their stunning, sun-kissed venue biannually. This year’s Fall edition lived up to it’s usual top shelf lineup with ease and taught me a lesson or two about the deep community that powers the heart and soul of an unyielding genre.

Stamped haphazardly on the topside of my right palm, in black of course, was my badge of admission that read, “House x Techno.” I consider myself a fan of the scene but by no means am I a connoisseur, expert, or genre snob. In other words, I lean more towards the side of rookie, novice, or hopeful student when it comes to this prestige of music. I may also be spoiled when it comes to having a plethora of musical (and non-musical) options at festivals, which made it a challenge to maneuver at times. 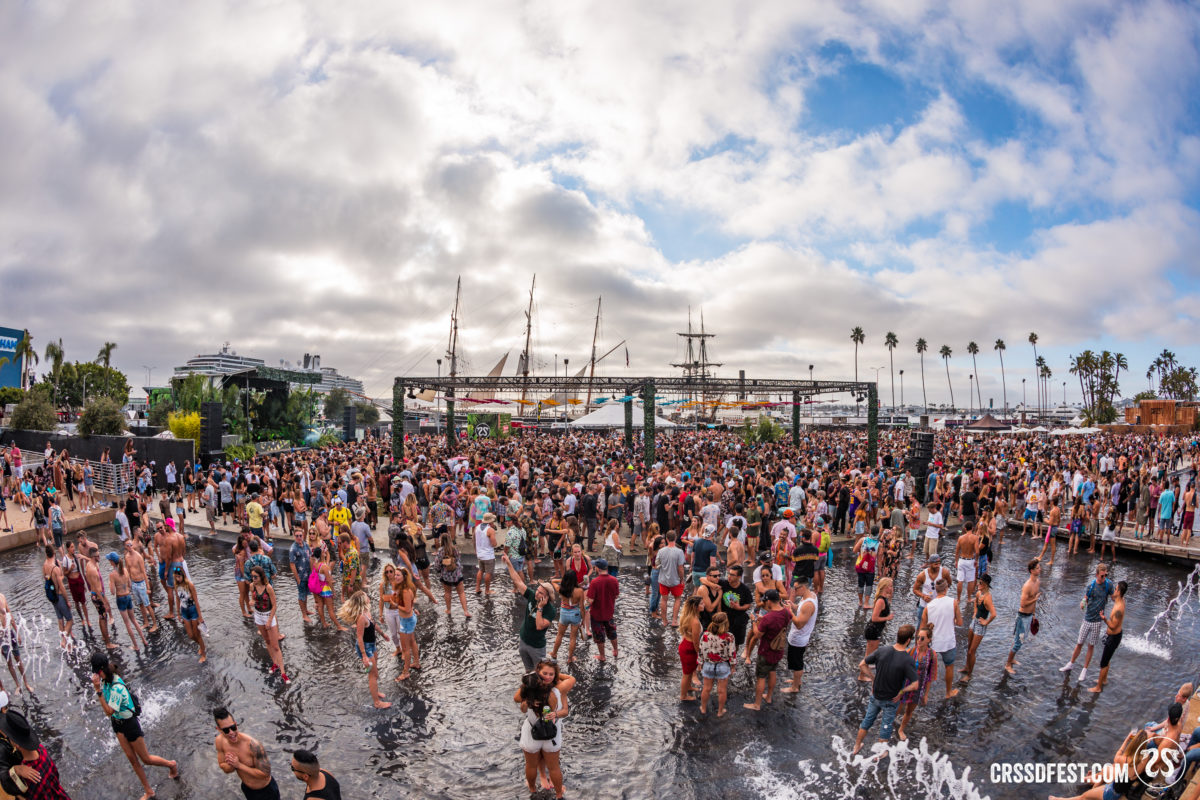 In my good fortune, hurdles can be overcome. And thanks to Emily, my fellow journalist and longtime techno aficionado, I had someone to take me under their dark cloak. While getting giddy over wildcard performances from Big Wild and oddly selected appearances from Emancipator, I would get a message from Em saying, “Marcel Dettman is about to play, GET UR BUTT OVER HERE” and “Uhh, Dixon is about to go on hurry hurry hurry!!!!”

Don’t be fooled though. In my short time exploring the many dungeons of subterranean subgenres, I still placed artists like Latmun, The Black Madonna, and Richie Hawtin high on my radar.

Anyone who knows me is well aware that I feel personally invested in the sun-soaked, underground-driven weekend of bliss that is the biannual CRSSD Festival. I remember my excitement at learning about the first edition in my home city—finally, perhaps San Diego’s music scene would step out from the shadow of LA’s constant bookings and the annual Coachella fanfare to get the recognition it deserved. After attending the premiere event and practically every other since (despite a cross-country move to the east coast last year), I’ll be the first to admit that I’m a little biased when I say that CRSSD is my favorite festival in the continental United States.

Initially, I had resigned to the fact that I would be stalking social media for stories of my beloved CRSSD from 3,000 miles away this fall—but with a little peer pressure, a media pass, and the (very) poor decision to book a last-minute flight on Spirit, I found myself returning to the homeland.

After no sleep and a few too many spicy margaritas the night before, I was feeling less than stellar as I breezed through the express entry line to the festival early on Saturday afternoon. However, I was instantly revitalized by those unique CRSSD vibes when I crossed through the gates of Waterfront Park. CRSSD is a feast for the senses in all aspects of the phrase: between the idyllic ocean view and palm tree-dotted venue with its inviting fountains, the craft cocktail and artisan food selection from local vendors, a crowd that looks like they came straight from an Instagram model conference, and of course the house and techno-focused music selection, CRSSD covers all my discerning festival requirements with ease. 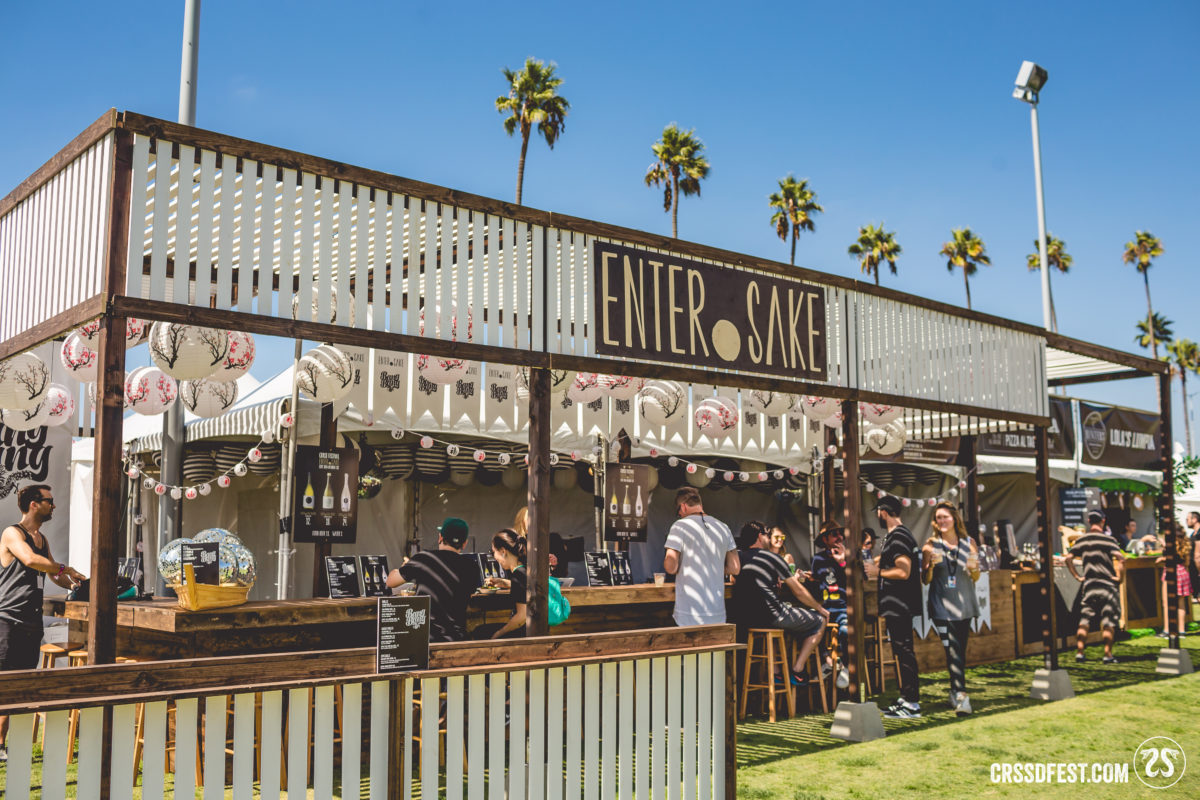 CRSSD’s artist selection has always been on point, bringing a niche mix of live electronica and dark, dirty beats that you won’t find plastered all over every other U.S. lineup. While the subculture that surrounds techno is all too familiar to me now, I understand that all of the black-clothed, stereotypically haughty aliens pacing and bobbing in imperfect unison to music with no drop might be a little, well…intimidating to the casual listener.  There’s some truth behind the “techno snob” moniker. I know plenty of people in “the scene” who are perfectly friendly and inviting to those who haven’t quite seen the light (the darkness, maybe?), yet for every one of those there are about ten more people who will scoff in your face if you can’t dissect Ben Klock’s latest marathon set at Berghain. I’m definitely one of the former, so when my colleague Dane confessed to me that he wasn’t very familiar with artists at the City Steps, I appointed myself his techno demagogue for the weekend.

Between trips to the ENTER.Sake bar, which was my favorite non-musical touch, I ushered Dane back and forth to the City Steps while rattling off a (likely overwhelming) commentary on each artist. We watched KiNK take the stage and perform an experimental, entirely live set using instrumentals to create sounds I’ve scarcely ever heard before. After checking out Destructo and dancing in the fountains to some offhand hip-hop, I returned to my comfort zone for Patrick Topping, who always delivers a solid tech-house set to gear the crowd up. My undeniable favorites of Saturday were the father-daughter duo Robert and Lyric Hood as Floorplan and my crown jewel, Dixon. Floorplan’s groovy, gospel-y house had me dancing nonstop before Dixon took the stage; the Innervisions headman built a 4-time RA #1 DJ career out of his absolute prowess on the decks, which was evident as he expertly coaxed his audience through a low, minimal start before flipping the switch to driving basslines that emulated the basement clubs in which he began his legacy. 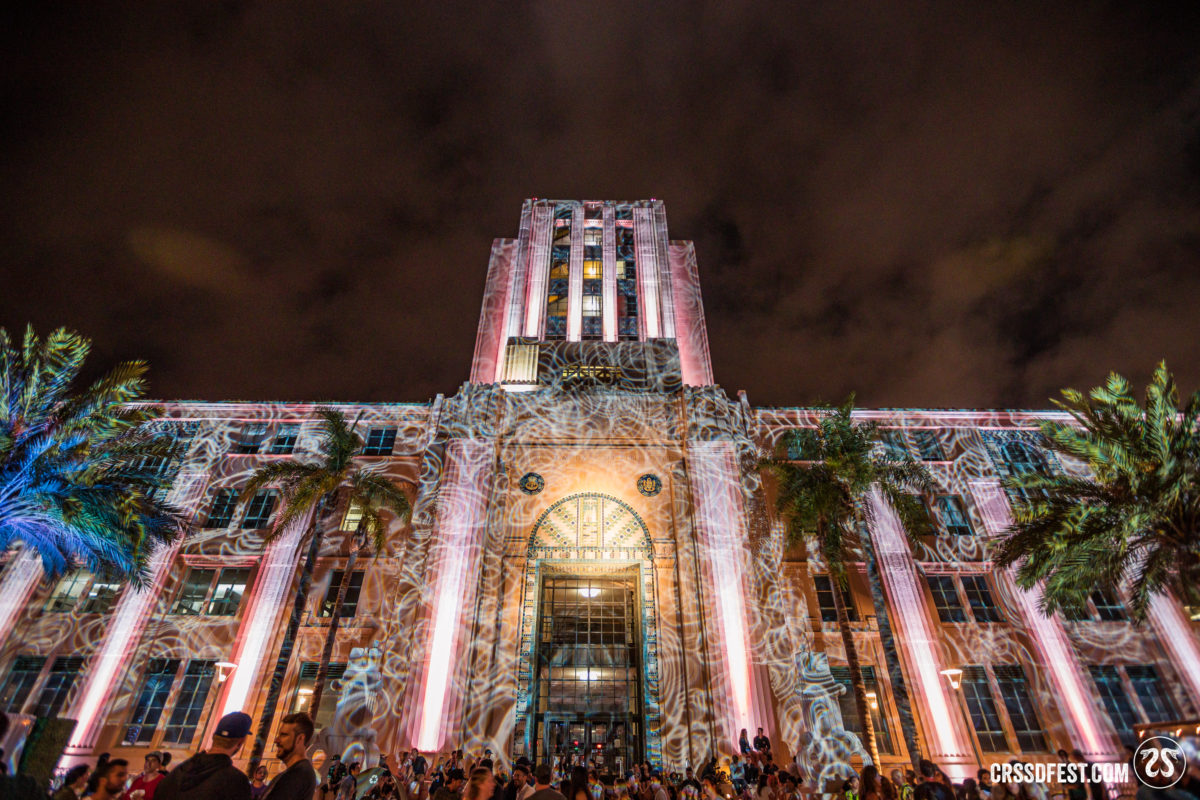 Sunday’s lineup was stacked with familiar favorites across all stages, and I was faced with some difficult decisions. After stage-hopping most of the day, catching Bedouin for some desert house vibes and Gerd Janson b2b Prins Thomas for the sunset, I summoned Dane to the City Steps for the final hours. Marcel Dettman followed by Richie Hawtin was akin to going to church for some people–I swear you haven’t seen anything until you’ve seen crowds losing their minds to a Richie Hawtin set for six hours straight. They could be sitting on the ground by the end and I’m never sure if it’s because they’re exhausted or because Richie has literally floored them. Although his performance wasn’t quite the epochal spectacle that attendees of Coachella and Movement saw during CLOSE, the minimal techno king certainly didn’t disappoint. Midway through his set, I glanced over at Dane and was satisfied to see a glimmer of admiration in his expression. We were making progress. 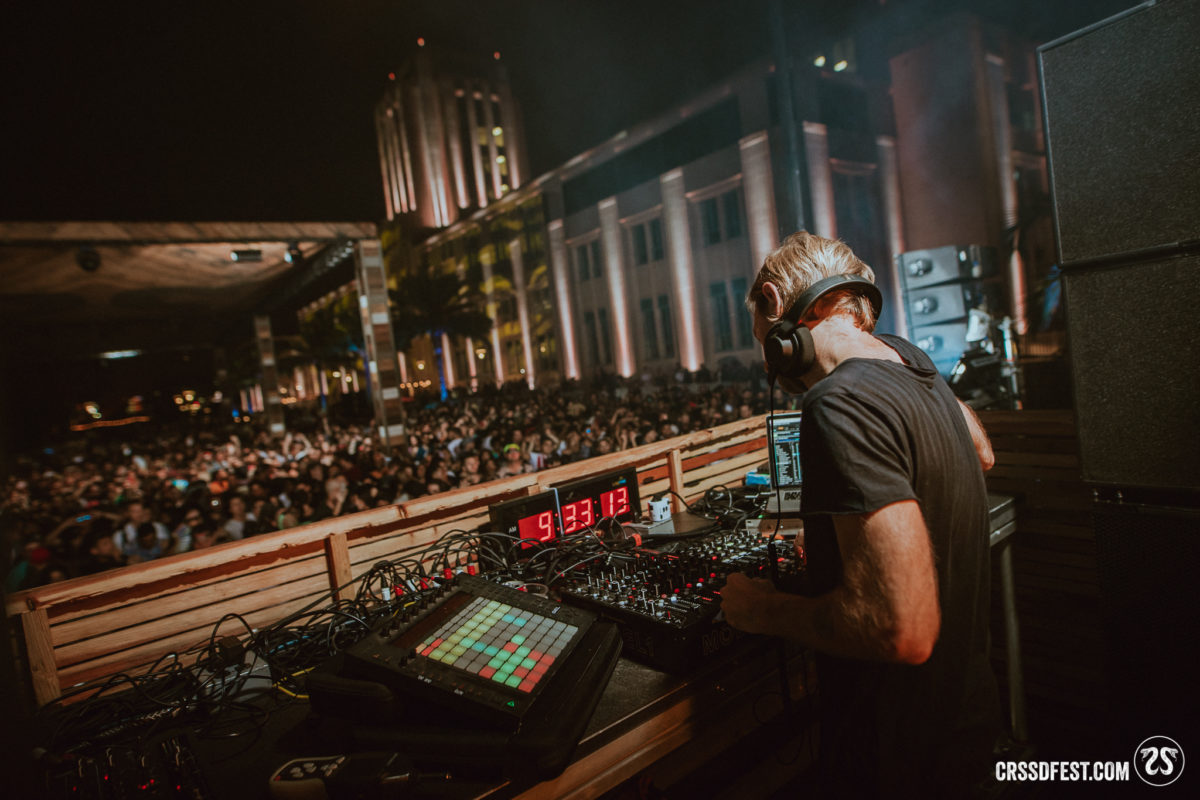 Even after the traumatizing experience of dragging my sore body onto a red-eye and making my way to the office feeling slightly cross-eyed on Monday morning, I can still confidently say that CRSSD made my spontaneous cross-country trip every bit worthwhile. Moreover, I dare say I was successful in introducing my favorite dance subculture to someone who came into it thinking that techno was merely an amalgamation of extraterrestrial sounds. While Dane is still earning his techno cloak, CRSSD was a successful venture into new territory, and one that neither of us will soon forget. 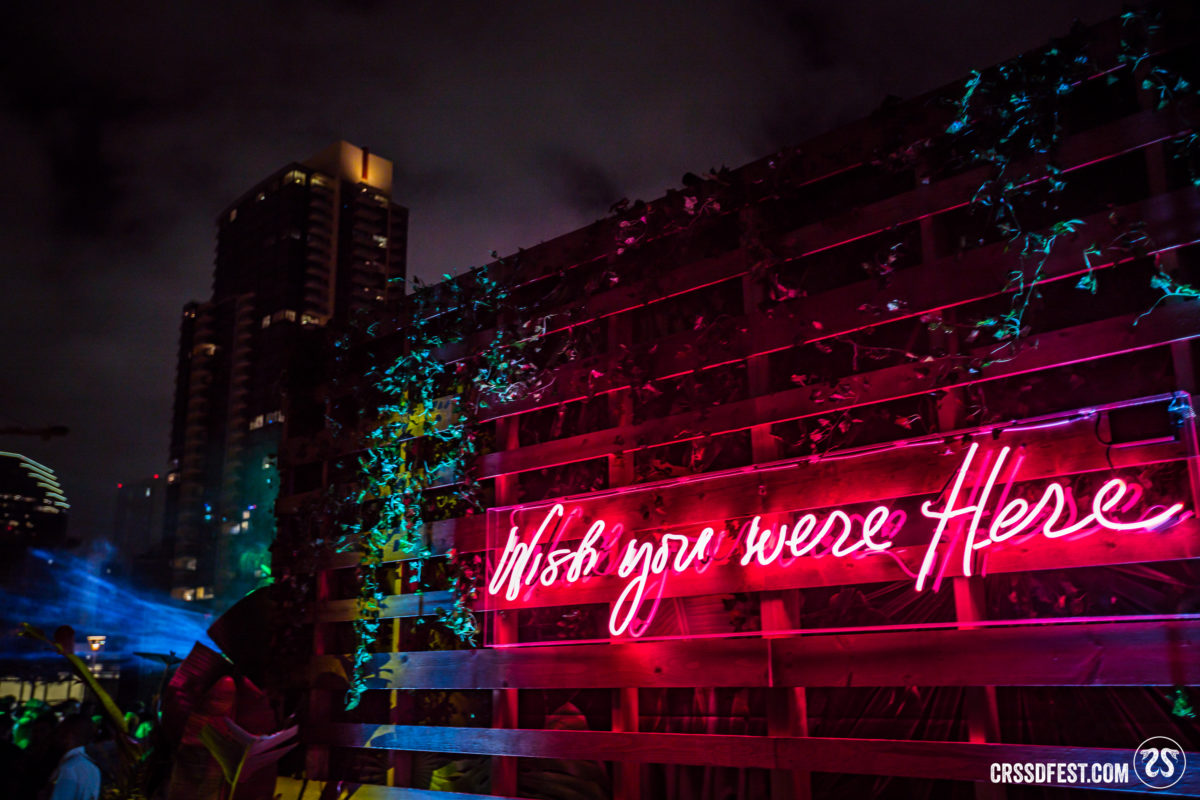 We want to hear from you! Share your (respectful) thoughts in the comments below. Have a story? Post it! Saw our journalists dancing like wild animals? Let us know!

0
0   0
previous Meow Wolf Interview: Un-expect the Unexpected [360° VIDEO]
next There Is No Place Like "Home" With Justin Jay