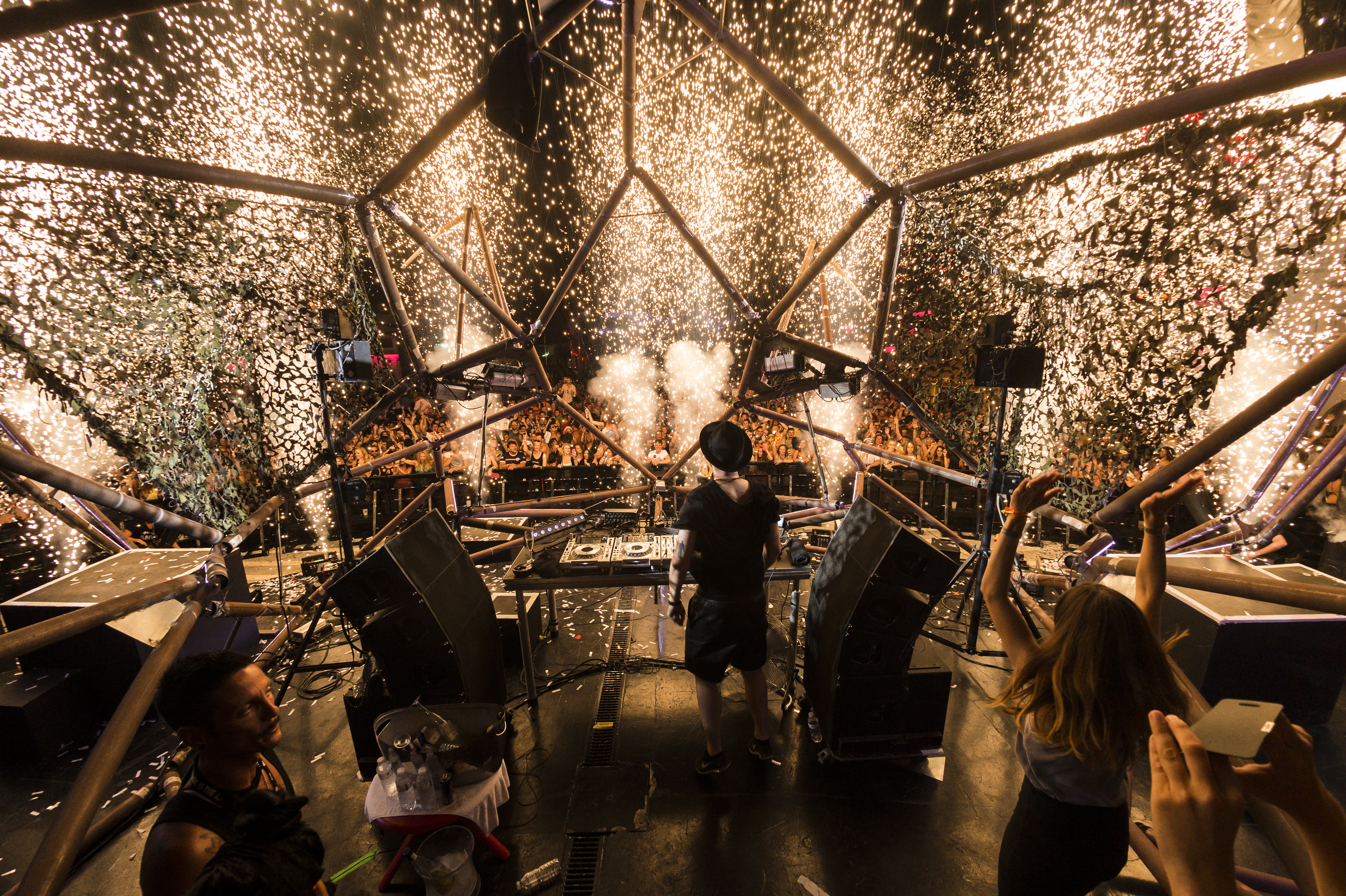 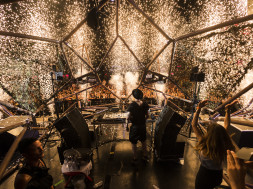 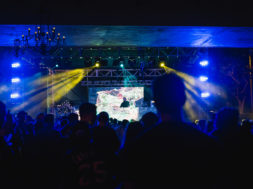 Many fans of melodic techno may already be familiar with much of Kölsch​’s work through his critically acclaimed albums 2013’s 1977 and last year’s 1983, but to those less in-tune with the Danish DJ/producer we’ve prepared something special. Ahead of Winter Music Conference and Miami Music Week we teamed up with the folks at Vested to bring you an exclusive interview with the star of German label Kompakt. Before you have the chance to hit the Miami waves with the million record selling artist and the likes of Anthony Attalla, Dino Gardiakos, RJ Pickens, Dabura​, Hummingbird​, Johnny Chaos​, and Jus.Tek​ for a 4-hour cruise aboard the luxury Musette Yacht, test the waters and get to know the man behind the craft!

Q: Your two incredible Kölsch artist albums are titled 1977 and 1983, after the year you were born, and the first year you traveled through Europe, respectively, thus marking two very important years in your life. Where did the idea for this theme come from and is this something that you are looking to continue with your next releases?

A: The main idea behind my two first albums was to explore my early musical inspirations. Initally my idea was to reach back and relive what kind of music shaped me during my early years. As I embarked on this creative journey, I realized I could take this even further into detail. I’ve been hunting for the reason why certain sounds have such an emotional impact on me. Why for instance, do I like Organ sounds? Why do I prefer classical guitar over electric? What’s with me and pianos? It’s been super interesting to try and trace the moments that lead to these preferences. For the next album I have an idea that I’m working with. This time it’s a bit more sinister, as I am looking into the years where my life wasn’t all too much fun. My parents divorced, and I was struggling to find my place in life. It’s a new challenge to make music from these emotions.

Q: You’ve stated that you incorporate an aspect of your family into your musical work and album art. What messages do you hope to convey through the theme of family? Is this something that is strictly personal or is there something deeper that you would like your fans to experience? What role does family and your upbringing play in your compositions and creative process today?

A: The beauty of electronic music is in the way we can transmit feelings without words. There is no instrument like the computer that can be directly manipulated to express exactly what you want it to. The reason I initially didn’t want to play in bands anymore was that this direct impact just wasn’t there. There were always to many chefs so the music became vain and the emotions watered out. Other than the obvious therapeutic element of making music I love the fact that I can transmit these emotions to other people. It’s a very unique and precious thing.

Q: Your productions are melodic and organic in design, but they are still essentially techno. How did you decide to focus on this type of sound and what inspired it? What or who are some of your influences?

A: My inspirations range from Mike Banks, Robert Hood to Phillip Glass and Brian Eno. I love early 70’s bands like Steely Dan, and 80’s freestyle and electro like COD and Shannon.

Melodies are the most precious tool we have in techno and I think for a while there we all lost focus on that. It’s our language and I just want to use all options I have. Part of my process is re-recording a lot of my initial tracks with live musicians. It adds a musical value to what I do and I think it’s very important to use every option to improve my music. Electronic music sadly, has a very limited lifespan and I want my music to have the same impact and value that any other genre has. I want it to be something special. That’s why I work so much on each release and do a million demos.

Q: What are your hopes and goals with the creation of your label IPSO? What types of sub-genres and releases can we expect to see when it launches?

A: IPSO is intended as a place where I invite friends and heroes to experiment with me. The first series on the label are the DOGMA series. I invite my heroes to do a collaboration where we set boundaries for ourselves. For the first release Michael Mayer and I made two tracks on only and old Organ that was in his studio. Joris Voorn and I also made two tracks with only using a $100 synth. These limitations bring out the best in us and we feed off each other’s creativity. It’s like being in school again and we are publishing our homework. I would like to take this even further, and I spoke to Gregor Schwellenbach about making a release with only piano sounds, except for playing the keys. It’s super interesting to work that way.

Q: You formerly produced under your first name, Rune. What prompted the reinvention as Kölsch?

A: I produced as Rune for many years, but at a certain point I felt limited. I had produced a lot of big radio records and the technique of making a radio record is very challenging. It’s a very educational process that I wouldn’t have been without. At one point, 3.30 seconds just wasn’t enough anymore. It became quite tedious to limit my inspirations to that. I decided to set my mind free and just do whatever I felt like. Best decision I ever made.

Q: You have a very specific and almost nostalgic style on your social media accounts. What is the meaning behind it and where did the inspiration for the themes come from? What are some of the things that continue to inspire you today visually?

A: My social media is intended as a extension of my vision as an artist. I decided that for me I just didn’t feel it had any relevance to my music to post pictures about my everyday life. I wanted it to be about art and culture and I was hoping I could inspire people around me. It’s all about expressing myself with pictures and film.

Q: You constantly play in the best venues all over the world but on Friday, March 18th you will be playing the Life Aquatic Party aboard the Musette. What is your favorite thing about Miami and Miami Music Week? What can we expect from you during a daytime set?

A: I have this weird love for Miami. You have such a long history of electronic music, ranging back from Freestyle and Miami bass. It feels like there is a very strong understanding for what I do. I love coming to the city to experience all the facets it has to offer. Everything from the Cuban neighborhood to the occasional douche-bag watching on Ocean Drive. I just happen to love it all. Also, you have some of the most amazing light. Every evening is a feast for my eyes. I can’t wait to play the Life Aquatic Yacht Party! It’s going to be like playing my soundtrack to the city.

Q: You have a pretty busy touring schedule lined up for 2016 already. What is your favorite place or club to play in the world and why?

A: There are so many amazing clubs in the world, but one of my favorites is Gewolbe in Cologne. It has the only Custom made MARTION Horn speaker system in the world, and the crowd is so amazingly educated. I have yet to play a set under nine hours there.

Q: What else can we expect from you creatively in 2016? Any exciting musical projects or any collaborations you’d like to talk about that you’re currently working on?

A: Well, I’ve got some killer releases this year. We are doing two IPSO releases and a new single on Speicher. I’ve done remixes for Sven Vath, and Damian Lazarus. Loads of goodies to come 🙂

Q: The Sights and Sounds is an online magazine that started in Chicago. What is your favorite memory or place to visit in the city outside of the club? Can we expect to see you come back this year?

A: I would love to back to Chicago. Last time I played this amazing warehouse party there. I’d say my favorite spot outside of the clubs in Chicago is Mr. Beef.

Q: You always wear a distinct style of hat. How did it become part of your persona? 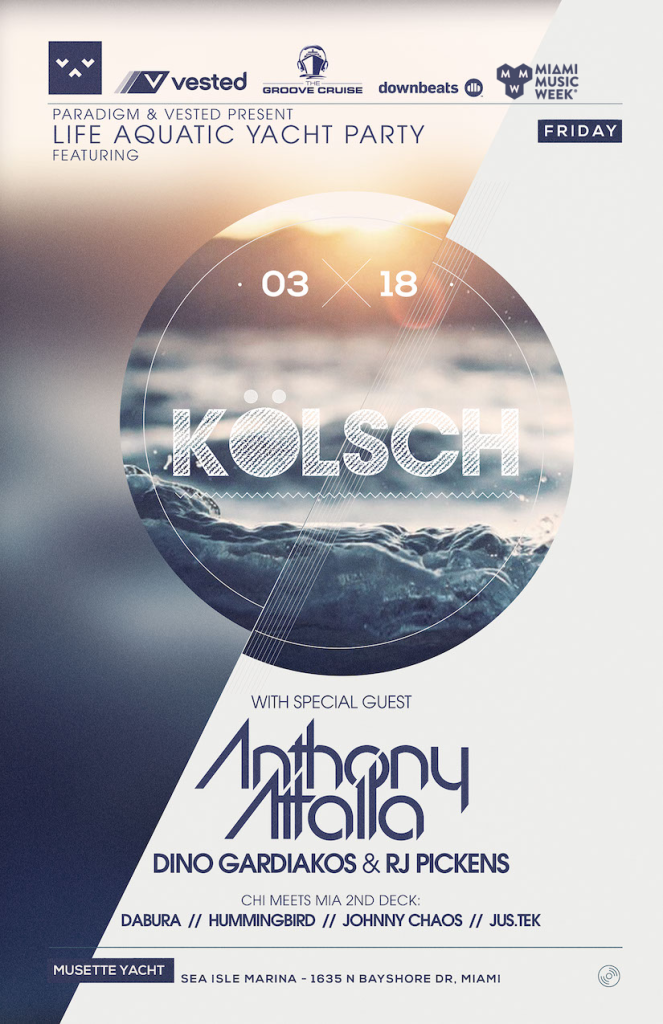 If you will be in Miami on March 18, 2016 and would like to attend the Life Aquatic Yacht Party you can purchase your tickets here.