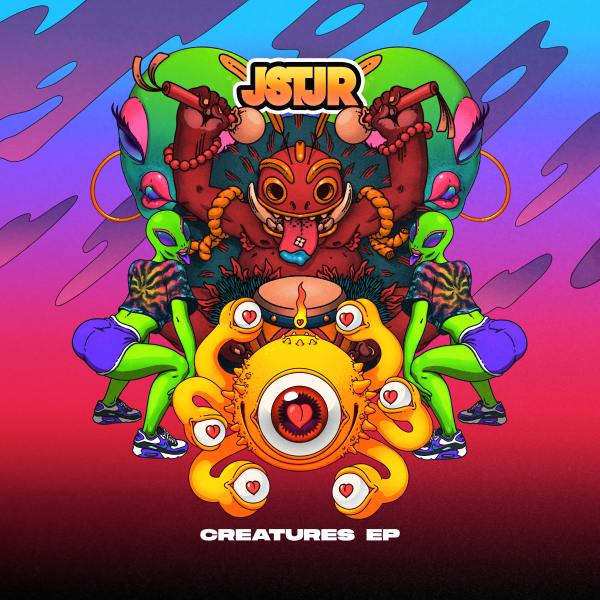 Producer JSTJR just released his hyphy and energetic Creatures EP on his new imprint Group Chat Recordings. Spanning four tracks, Creatures showcases JSTJR’s eclectic and adventurous sound. Collaborating with renowned producer Rawtek on “Go Stoopid” and Snappy Jit for “Oh My My,” JSTJR seamlessly blends a multitude of electronic flavors to deliver the ultimate playlist for any dance party. Given his production prowess and creative ingenuity, it should come as no surprise that JSTJR has received support from household electronic names such as Skrillex, Dillon Francis, Diplo, and A-Trak releasing on labels like Spinnin Records, Mad Decent, Fool’s Gold, Insomniac, and Monstercat along the way. The buzz is only building about this exciting producer who is known for his innovative ideas and forward-thinking music productions.

JSTJR had this to say in reference to the release of his new EP: “These songs were some of the most fun to make and then play through this summer’s festival season. They bring out my crazy and wild side. I hope they do the same for you! JUMP, TWERK, GO STOOPID!!”

To support the release of Creatures, JSTJR partnered with Insomniac for a very special charity event at the Academy in Los Angeles this past weekend. The Insomniac crew served up a ton of tacos as they celebrated JSTJR’s birthday along with the release of his new EP.

Listen to Creatures below.