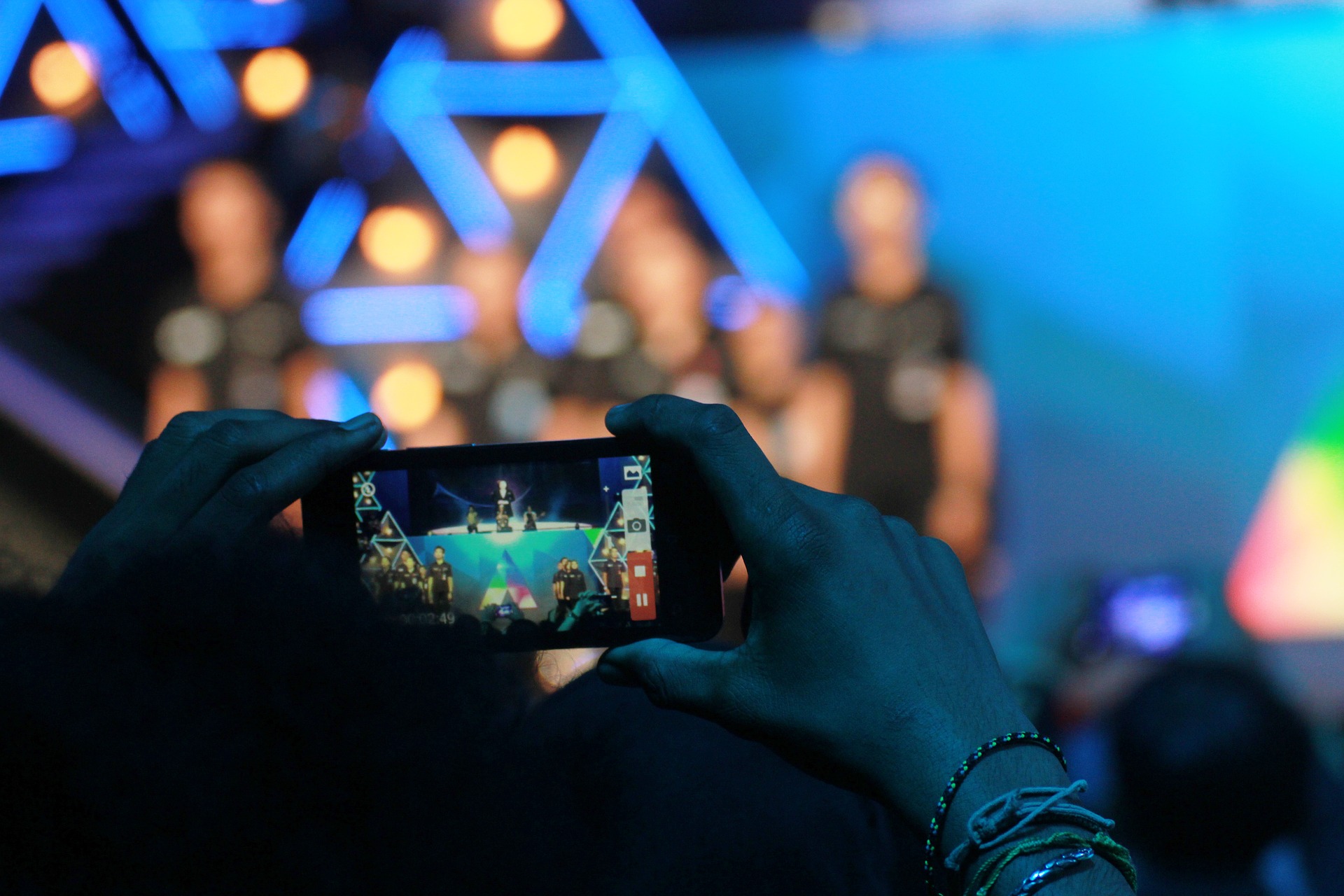 Nobody enjoys having their view obstructed by a sea of screens, recording 20 minutes worth of Snapchat stories. The growing phenomenon regarding excessive cell phone usage at concerts can only be ignored for so long. While this behavior is found to be disruptive from an audience perspective, it has also generated negative responses from a handful of artists.

In October of 2017, I saw Bob Dylan perform at Wintrust Arena in Chicago. Prior to the show, representatives announced (twice) that the use of cell phones during the performance was prohibited; those who didn’t abide by this request would be escorted out of the venue. Shortly after, the lights went dim and out walked the legendary singer/songwriter. As the band launched into their first song, I noticed something out of the corner of my eye – the illuminated faces of fans taking photos and videos. After witnessing the lack of respect Dylan’s audience displayed in Chicago that night, it made me realize the true severity of what appears to be an addiction. If the blunt request of a cultural icon failed to work, it makes you wonder if anything will.

A new innovative idea, however, may provide a solution.

Jack White is gearing up to hit the road in support of his new number one album, “Boarding House Reach.” Upon request, those in attendance will be obligated to store their cellular devices in security-sealed Yondr pouches. Once sealed, the pouches cannot be opened inside the venue until the performance has concluded. The implementation of Yondr serves as an attempt to enhance the concert experience. By eliminating distraction, fans are forced to enjoy events from their own eyes as they happen, rather than through the screen of a smart phone.

In a world driven by technology, a substantial reliance exists in maintaining a constant connection with our devices. I do understand the reasoning behind performers’ decisions to ban phones. While there’s no harm in snapping a few pictures at a show, not every audience member carries the same level of restraint. The concept of Yondr provides a brilliant solution to an ever-growing issue, and I feel it will become increasingly prevalent in the future. Ideally, it would be nice to see it utilized at more live events, but only time will tell.

Check out CBC News‘ brief tutorial on how Yondr works below.