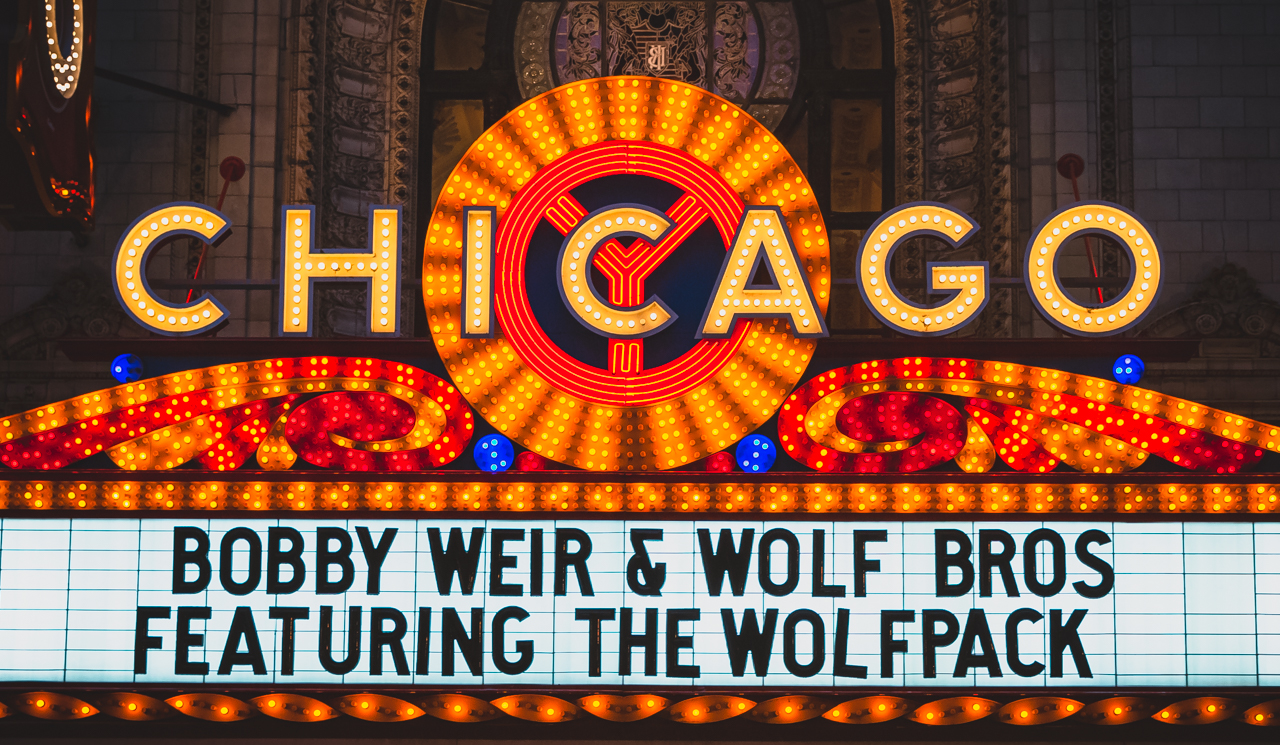 Hard rain most certainly fell throughout Chicagoland on the weekend of March 18th.

But the unfavorable weather was not enough to dampen the spirits of several thousand (and lucky) Deadheads. After all, most had waited over two years to see Bobby Weir and Wolf Bros take the stage once more at the iconic Chicago Theatre.

Back in March of 2020, the band (featuring Bobby Weir, Don Was, and Jay Lane) had made their stop at the venue for a two-show residency as a part of their spring tour. After completing the first of two gigs on March 11th, the world shut down, and the group was unable to perform the following night. Shortly after, the remainder of their show dates were cancelled out of an abundance of caution. It may have taken 736 days, but Bobby and his band returned fully knowing that they had unfinished business.

This time, however, the former trio was joined by a few more friends. Making their Chicago debut with the group was the Wolf Pack, which featured a three-piece horn section, lap-steel guitarist Barry Sless, and Dead & Company keyboardist Jeff Chimenti. The band’s expansion was certainly heard and felt thru the music, as each member’s contribution fit perfectly into every song throughout the entire night. Bobby and his band made sure to include an eclectic mix of selections from the Dead catalog, along with selections from Jerry Garcia, Robert Hunter, and Weir’s former group, RatDog. In addition, Weir and friends touched on popular classics such as The Beatles‘ “Tomorrow Never Knows” and Marvin Gaye’s “What’s Going On”, which tastefully appeared in the middle of “Eyes of the World.”

During a time in history where it is often easy to wonder “what exactly IS going on?”, music continues to serve as our guiding light. Bobby Weir is the gift that keeps on giving, helping those who make the trip put their worries aside, even if just for a few hours, and get back to living. It was clearly the message that was portrayed through the music on Friday night. A special evening, nonetheless.