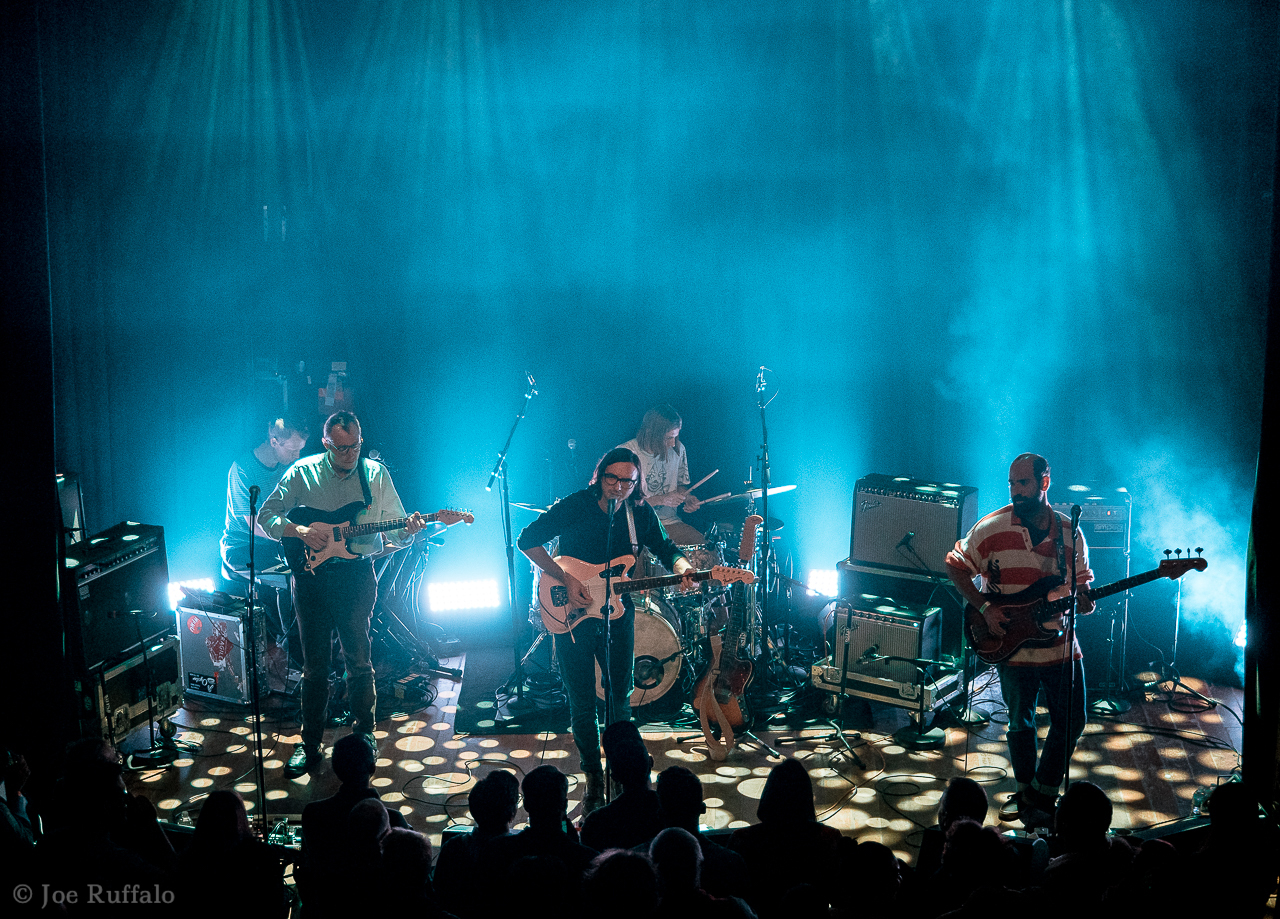 Nearly four months to the date since their set at Taste of Randolph, Real Estate made their return to the Windy City.

Preparing to release their fifth full-length studio album, the well-regarded indie rockers made their way to Chicago’s north side for a sold out show at Lincoln Hall. The performance marked the second of three October shows recently announced by the group, providing fans with a special opportunity to hear highly-anticipated new material.

The band (featuring Martin Courtney, Alex Beeker, Matt Kallman, Jackson Pollis, and Julian Lynch) kicked off the evening with a string of unfamiliar tunes, soon revealing that they’d be performing their new project in full. The album (which has yet to be announced with an official title) proved to be palpable after only the first initial listen, flowing effortlessly from start to finish. The group’s first full set of the evening unveiled the true potential of their new material, leading fans to believe that the project will indeed be worth a near three year wait. Each song undoubtedly possessed the same timelessness as the rest of the group’s impressive catalog, evidently holding the capability of aging finely with each passing listen.

Following a brief intermission, the New Jersey transplants returned to the stage – this time switching gears and performing a second set of fan favorites. The group covered ample ground, revisiting pieces from each of their past releases. Selections from their 2014 LP, Atlas, were rather fitting, as portions of the critically-acclaimed album were originally recorded in Chicago. Spectacular renditions of tracks such as “Had to Hear“, “Past Lives“, “Crime“, and “The Bend” all made their respected appearances, garnering positive reception from the crowd. Being that this album served as my own introduction to the music of Real Estate, each of the songs mentions above served as personal highlights as well.

Selections from the ever-appealing 2017 release, In Mind, worked to solidify an already well-rounded set. Fans had every reason to remain on their feet, with “Darling“, “Saturday“, and “Serve The Song” all surfacing between numbers from 2011’s Days, among others. The group’s 25-song performance somehow managed to surpass my already high expectations. By the end of the evening, however, I felt as if I needed more. Thankfully, the group subtly announced an upcoming spring tour on their merchandise, which includes an additional stop back in Chicago. Needless to say, I will be back without hesitation.

Get the latest news on Real Estate’s upcoming tour and album by accessing their website here.

0
6   0
previous frooot Teams up with Jreams for "Can I Hit Your Juul?" Music Video
next Tabitha Booth's Emotive & Evocative Music Video "Death By Bridge"