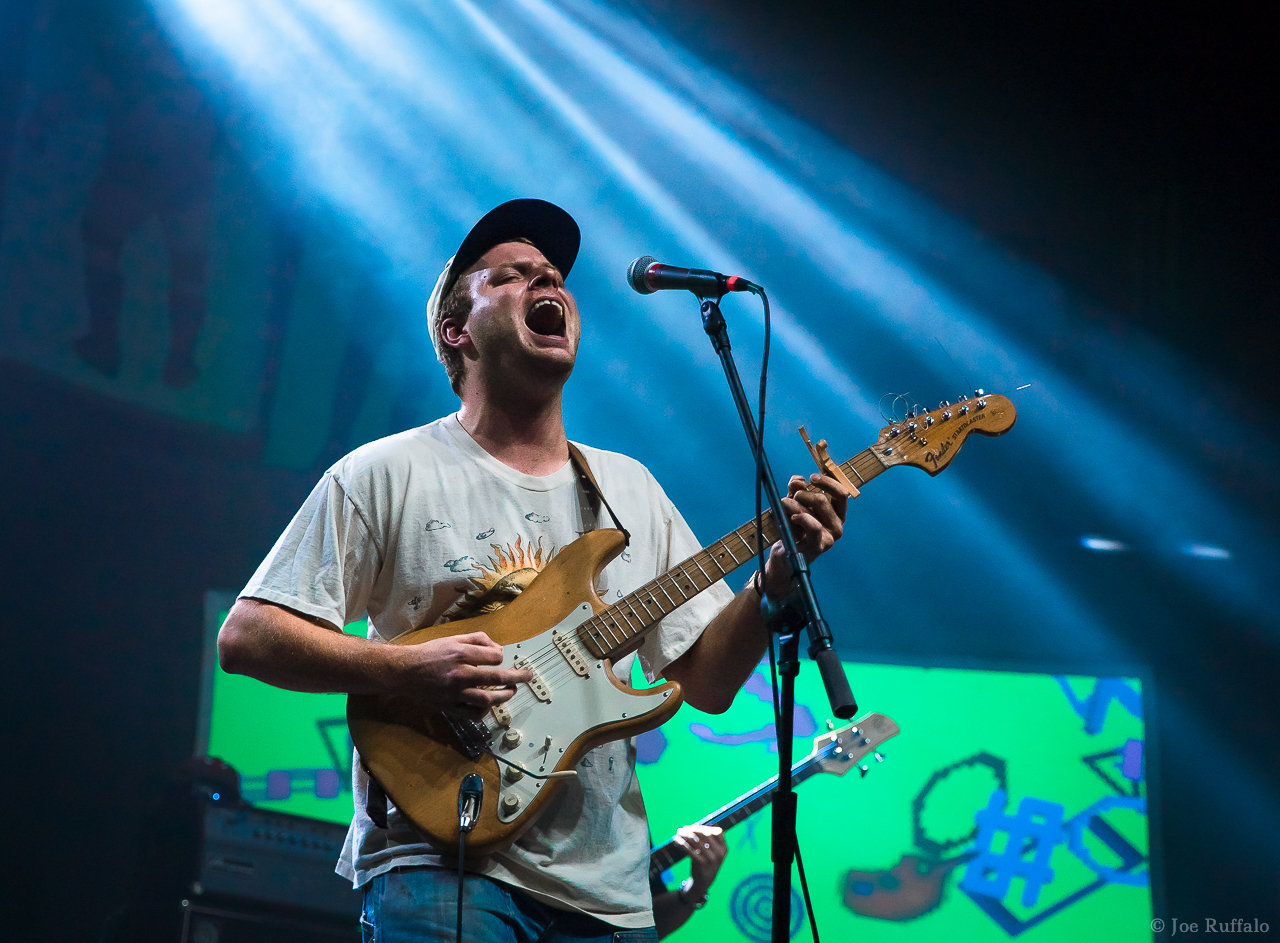 After attending my first Mac DeMarco show last weekend, one thing is certain.

There’s no other experience quite like it. While the charismatic Canadian transplant often brings as much energy as a triple shot of espresso, he holds a sincere ability to connect with his audience on an intimate level. Backed by bandmates Joe McMurray, Jon Lent, Alec Meen, and Andrew Charles White, the five-piece group took stage in front of a packed house at Chicago’s iconic Riviera Theatre on September 29th. Due to overwhelming demand, the show served as the late addition to a two date residency, as the band played a sold out show at the venue the night before.

Currently on tour supporting his 2019 release, Here Comes The Cowboy, Mac and his bandmates opened the evening with the album’s title track. The stripped down, four lyric tune served as an ideal precursor to a wavy rendition of 2017’s “On The Level“. Both songs eased the crowd into a rather tranquil evening before segueing into the 2012 fan favorite, “Salad Days“. It didn’t take long for the tune to induce a primarily youthful audience into a full on venue-wide singalong during its chorus.

Between numbers, Mac worked the crowd with charm and wit, engaging in small talk about his experience attempting to order Al’s Roast Beef the night before. The 29-year old defended Chicago’s Cloud Gate sculpture (aka “The Bean“) after a hometown fan shouted that it was an overrated tourist attraction. This playful banter carried on throughout the duration of the evening, as Mac acknowledged nearly all of his coherent “heckling.” These various interactions added a comedic element to the performance, which was positively reciprocated between the indie artist and his loyal fanbase.

When DeMarco wasn’t busy doing handstands and signing items thrown to him on stage, he displayed a more vulnerable side, often reflected throughout many of his studio recordings. As quickly as the Chicago crowd could break into a mosh pit, they could also give Mac their undivided attention and silence. Moving renditions of “K” and “Still Beating” evoked strong emotions from the audience. These softer numbers showcased the artist’s true versatility and proved to be highlights of the night for many.

Mac DeMarco is a generational talent. While he specializes in writing touching songs and keeping his audience members on their feet (as evident from an unexpected encore cover of Metallica’s “Enter Sandman“), the indie artist’s true strength is rooted in unbridled individuality. It’s this sense of authenticity that fuels the timelessness of his body of work, allowing it to be appreciated by generations to come.

SETLIST: Here Comes The Cowboy > On The Level > Salad Days > Nobody > The Stars Keep Calling My Name > K > Cooking Up Something Good > Preoccupied > My Old Man > Choo Choo (with Alex Brettin from Mild High Club) > Ode To Viceroy > Finally Alone > Hey Cowgirl > Still Beating > Freaking Out The Neighborhood > Rock And Roll Night Club > My Kind Of Woman > Chamber Of Reflection > Still Together

Tickets and additional information for Mac DeMarco’s tour can be accessed here.