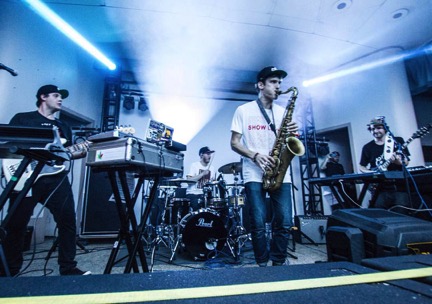 Grizmas! It was that time of the year again. With the first Grizmas in 2014 followed by two Grizmas in July DJ sets, “The Twelve Days of Grizmas” kicked off the second annual, highly anticipated Grizmas. With all proceeds raised for “Little Kids Rock”, the nonprofit organization providing free music instruction and instruments to students across the U.S., Griz and All Good Records started the Christmas season off with giving back in mind. Each night celebrated the excitement of Grizmas as well as gave back to Detroit and others in need. The first days of the 12 consisted of a charity sale, a coat drive, a night helping out the Detroit Dog Rescue, and a night with Little Caesar’s Pizza feeding the hungry. Other nights of the twelve included a Detroit Industry Pannel discussion, Grizfam Yoga, and a Live From the Den secret warehouse show with live art. The Night Before Grizmas, a show at the Populux the night before the show, consisted of a set from Vyntage, Gosh Pith, Muzzy Bearr, and a Griz DJ set. 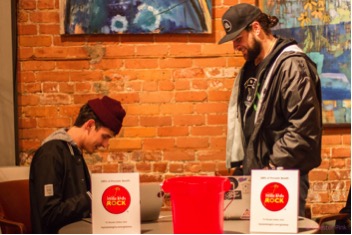 Grizmas, the main event and one of Griz’ biggest shows of the year held at the Masonic Temple in Detroit, opened at 8 PM with Will Sessions, Big Wild, and FKJ. Each artist set the mood by creating a funky and smooth atmosphere. By the time Griz came on, the venue was packed and there was so much excitement in the air. 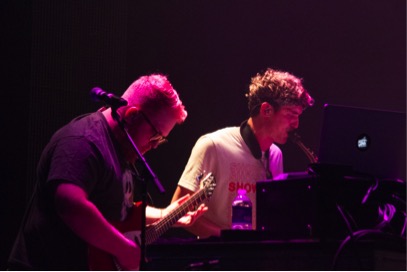 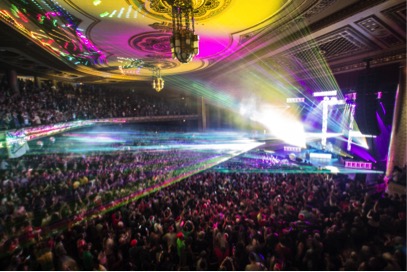 Opening with “A Fine Way to Die”, a huge beautiful screen the size of the stage surrounded by smaller screens was revealed with green and red flashing lights. Visuals throughout the show consisted of tribal patterns, scenes of Detroit, Pac Man images, “Merry Grizmas”, and other colorful flashing backdrops. The set list included “The Anthem”, “DTW to DIA”, “Funk Party”, “Hard Times”, “Summer 97’”, and more. 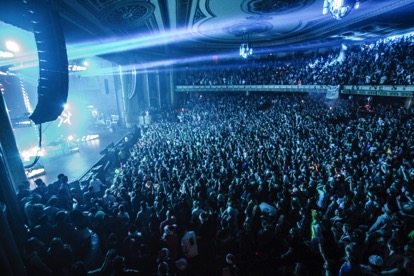 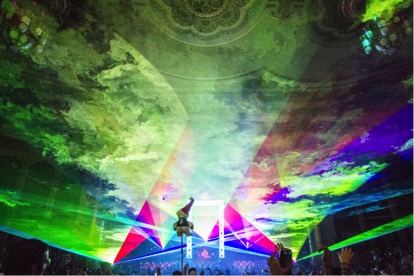 During “Gettin’ Live”, Griz jumped into the stage with his saxophone and crowd surfed among his fans while playing. It was one of the coolest moments of the show. The always lovely Ida Hawk was brought out onto the stage to sing “It’s All Good” and “Stop Trippin’”. Muzzy Bearr, also a Detroit native, provided live guitar throughout the show in support of the sax. Griz performed many remixes of popular songs such as Jauz’ “Feel the Volume” and Saint Motel’s “Just My Type”. 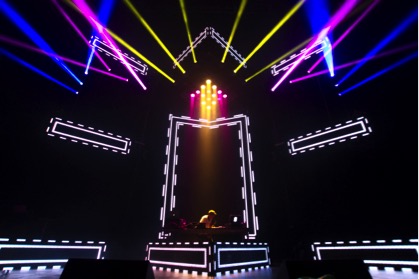 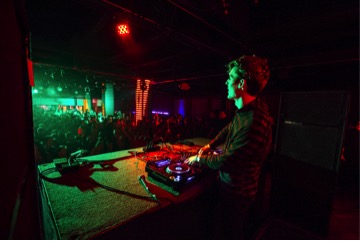 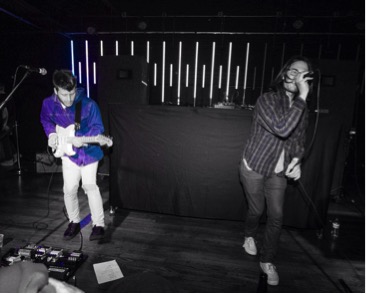 Towards the end of the show, Griz came back out for an encore in which he, Ida Hawk and Muzzy Bearr performed a soulful version of the Christmas carol “Rudolph the Red Nosed Reindeer”. The colorful lights and lasers were wild and spectacular throughout the night leaving the crowd mesmerized from beginning to end. The flashing rainbow colors danced around and lit the venue up like a disco ball. The end of the show became a palace of diamonds with thousands of sparkling confetti, balloons, and beautiful colors flying throughout the venue. The entire production, music, visuals and the All Good Records team had outdone themselves.

It was a phenomenal event.

The Fountain Ballroom of the Masonic Temple held the Grizmas after show consisting of Brasstracks, Sunsquabi, and Freddy Todd. During Sunsquabi’s set, Griz was brought out to perform a killer sax solo with the band. Walking back stage I talked to some of the members of Sunsquabi, Jackson Stell of Big Wild, and Grant himself. The artists were so grateful and excited to go out and share their music for everyone. Freddy Todd closed out the after show with lots of unique sound and bass. The entire 12 days leading up to the show as well as Grizmas night was such a success. So much money was raised for a great cause and everyone had a blast. What a celebration and memory to last forever! 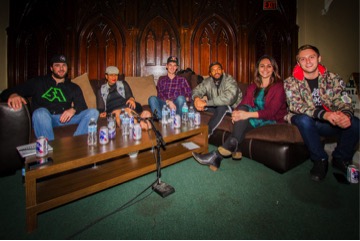 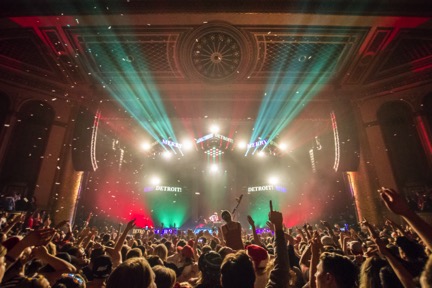 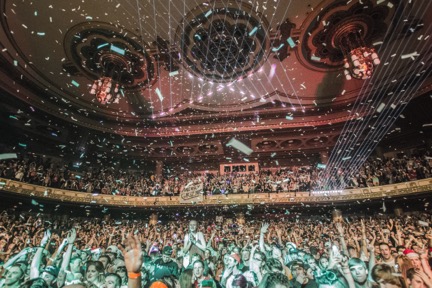