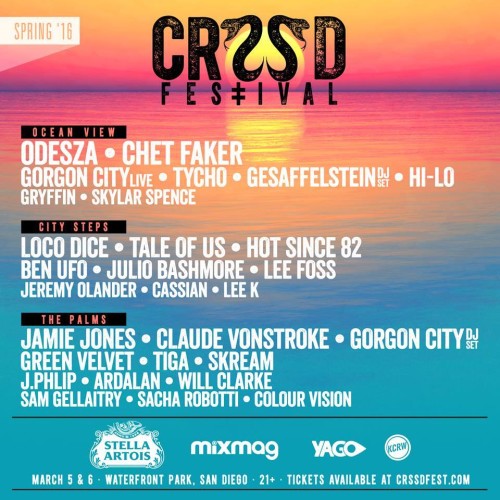 San Diego’s CRSSD Festival is back with its best lineup yet for it’s Spring 2016 weekend.  Slated to take place once again at the picturesque Waterfront Park in downtown from March 5-6th, CRSSD has quickly established itself as the premiere boutique festival in California’s crowded market.  With cutting edge talent bookings across the spectrum of underground electronic music in a chic SoCal setting, it spans the gap between garish, mainstream EDM events and the growing transformational festival movement.

For its third installment, CRSSD returns with a very deep and techno oriented lineup, sprinkled with the booty-shaking bass of the Dirtybird crew as well as the softer sounds of indie-electronica superstars.  Brace yourselves–I mean, seriously, brace yourselves–for this stacked phase one roster:

Festival organizers FNGRS CRSSD and Goldenvoice complement their sizzling talent bookings with a craft mixology program, beer sourced from San Diego’s best breweries, and gourmet food vendors.  CRSSD caters to mature eardrums and pallets alike, but its famous good vibes also make it the perfect festival for the dance music newcomer to get acquainted with the scene’s best and best up-and-coming artists.

Tickets are on sale at CRSSD’s website here.  With a lineup like this, it’s highly likely tickets will be flying, so get them while you can! 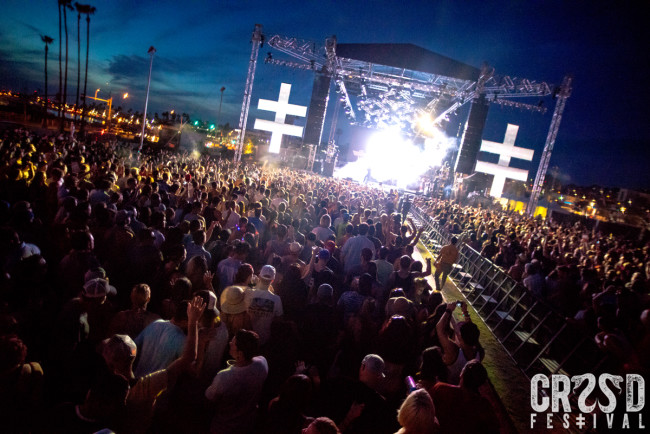