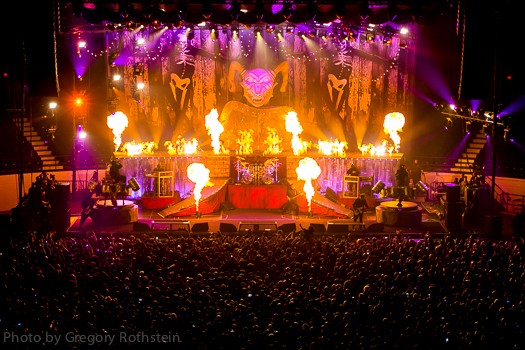 I have never been to a bad show. Bottom line. Every show I leave happy that I was able to attend, photograph, or just experience the energy that the artists bring to the stage. However this past (black) friday, I think I experienced by far the greatest show I have not only shotm but attended: Slipknot’s Prepare For Hell Tour.

My relationship with Slipknot is actually a very odd one. On a random day in high school I remember this guy wearing a Slipknot band tee and another kid being like, “Slipknot yaaaaa metallllll death” (in a deep and dark voice) and I laughed along because that’s what you do in high school, dismiss some band who wears creepy masks before even giving them a fair listen. Never did I think I would become a true maggot (term used to describe a Slipknot fan).

Supported by King 810 and KoRn at the sold out all-state arena the Prepare For Hell Tour brought three passionate bands for a fantastic night of moshing, metal, and music. 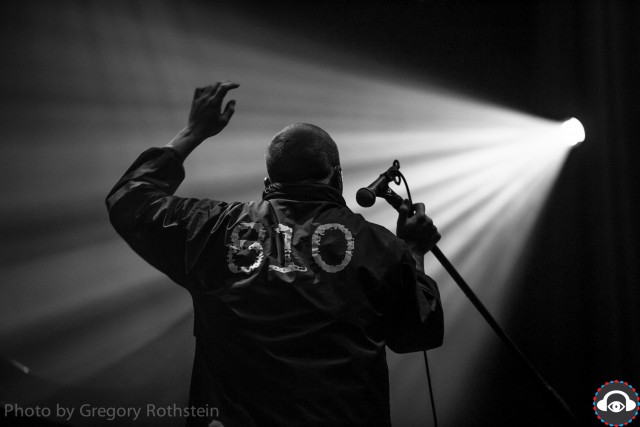 Opening up the night was King 810, from Flint, Michigan. These guys had a lot of energy to them, very deep vocal tones and fast drum patterns that kept the crowd going and made for a fantastic opener. Led by the charismatic Andrew Beal, this band truly surprised me with their performance. Prior to the night I had only gotten a small taste of King 810 through photos and listening to a little of their music, but I was pleasantly surprised at how these guys got to play to (at the time) a nearly full house and the crowd was feeling every second of it. Lighting was their one pitfall. Something must have not been working right because photo wise they were among the hardest band I have ever shot. But if you put that aside, these guys were a great heavy opener who set the tone for the night. 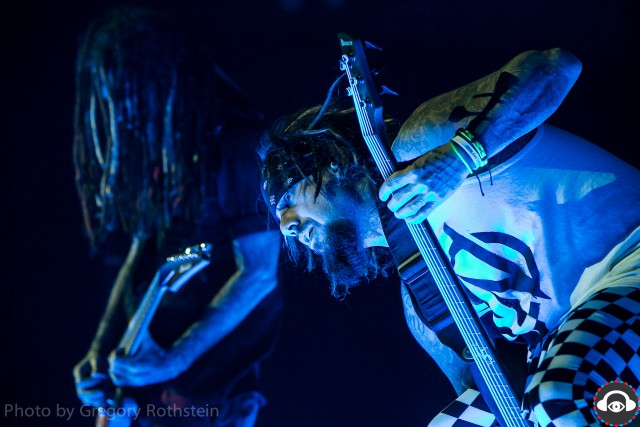 Next up was KoRn, and I mean I love Korn – they are a band I grew up with. This was my second time shooting them so this time around I new what to expect from their amazingly lit set. Opening the night with “Twist” and ending with “Blind”, Korn played a variety of songs from their extensive discography. Strangely one of the bigger responses came when they played their most recent single “Hater” which made me appreciate how a band who has been doing this for so long still remains to stay fresh with new music. Other highlights including finally seeing songs like “Freak On A Leash” and “Shoot And Ladders” live. Korn has been known to transition from the “Shoots and Ladders” breakdown into Metallica’s “One” so seeing that live was surreal. Bottom line: Korn is still as good as they were in the 90’s and are “Here To Stay.” 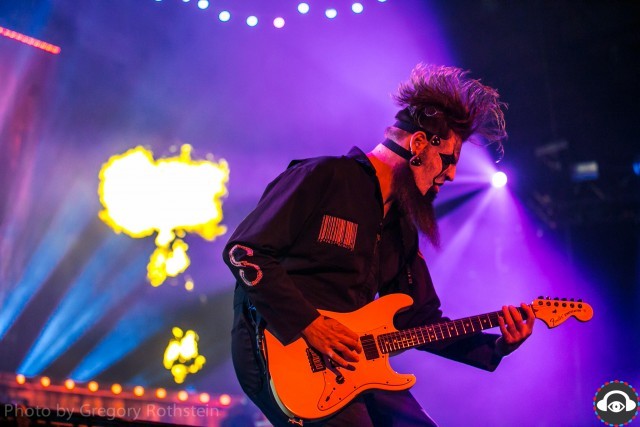 Last up are the headliners..Slipknot – and wow was there some crazy energy in the air. As their first song, “XIX”, begins the band is still behind a curtain and there is just this anticipation building and building till the curtain drops before they go into “Sarcastrophe.” When the drum fill in that track hits going into the song, mayhem ensues. Corey Taylor takes the stage and the crowd roars with energy – flanked by Jim Root head banging away on his fender to the left, while Mick Thompson stands stoic as ever with his Ibanez guitar scanning the crowd. And FLANKING THEM is Chris and Clown on top of their toms on risers head banging away when they are not keeping the beat with the newly unnamed drummer. My one disappointment going into the show was not getting to shoot (ex) drummer Joey Jordison due to his departure from the band, in addition to wondering: would Slipknot be able to have the drumming intensity the Jordison brought to all their prior work. Bottom line, not only is this new drummer great, but he answers that question of, “can he drum like Jordison?” Absolutely.

DJ’s Sid and Craig stayed very much to themselves or at least from what I saw in the pit. I had very little visibility of those two, the drummer, and bass player due to their positioning. What should also be mentioned is that Slipknot’s stage setup was absolutely insane, I have no way how to describe it (thank god for photos) but let us just say, hell meets a carnival. After I left the pit, I quietly roamed the venue trying to find great angles and simply enjoyed the show. There was no better moment hearing so many songs that I had watched live versions of for so long. As their final song rang, the maggots roared for more, the intro for “Sic” hit (my all time favorite Slipknot song) and finally closing with “Surfacing.” And while it was a bummer not being able to shoot bassist Paul Gray with the band, I am sure he is looking down from the sky smiling down at his bandmates who decided to carryon after his heartbreaking departure from this world.

King 810, Korn, and Slipknot brought the house down at a sold-out All State Arena. If The Prepare For Hell Tour comes by your area, I highly recommend going. Till next time and with photos as always.

See You In The Pit,