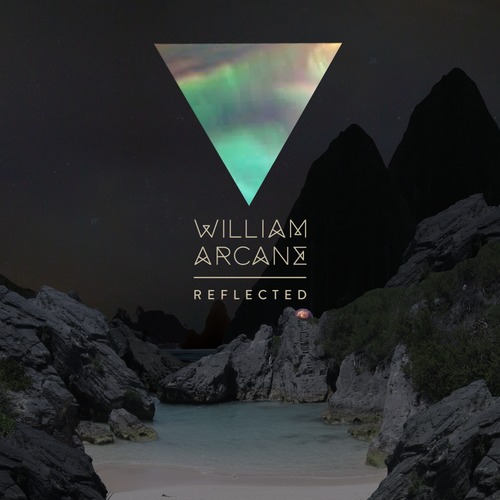 Euphoria and introspection. Nights out clubbing are seemingly always marked by those two states. There are those crystallizing moments that even in our most inebriated states, we never forget. At the height of the evening, you feel like everything has fallen into place and you forget the world around you. But after the house lights have been turned on and the music has stopped, we are all faced with that journey home. Be it on late night buses soaked in clinical white light, or at the back of dimly lit taxis, introspection sinks in. The world feels vastly different to the one you knew several hours ago, and you watch it pass by as you slowly mourn for the times just had.

William Arcane’s new double A-side release ‘Reflected/Fade’ aims, I believe, to capture the fluctuating emotions felt on one of those night outs. Built for the dancefloor, ‘Reflected’ maps those euphoric moments we may all experience at some time or another. Its mesmerizing synth line weaves in and out between the stop-start 2-step beats. When combined with Arcane’s vocal layers and killer hook, the track is instantly hypnotic, satisfying and most importantly, will succeed at getting you to the dancefloor. ‘Fade’ on the other hand, is strikingly different, with Arcane’s vocals being the only common denominator. Even then ‘Fade’ loops and stretches out vocals to give the effect of longing and potentially loss. There is an inherent sadness throughout ‘Fade’ especially within Arcane’s vocal delivery and lyrics. And with only a slight percussive backbone, ‘Fade’ is significantly more introspective than ‘Reflected’, but with its textures is just as striking as the ‘drops’ found in the previous track.

From these two tracks it is easy to see why Arcane has recently received a ‘this is lovely’ seal of approval from Jamie xx himself.

Lovely stuff indeed. Check it out below.