Summer Set Camping and Music Festival took place in beautiful Somerset, Wisconsin for another year of great music set against the beautiful scenery situated next to the Apple River. Primarily seen as leaning toward an EDM heavy lineup (Zedd, Big Gigantic, Adventure, Griz), Summer Set also paid tribute to the ‘hippier’ side of the camping event, bringing in eclectic performances by artists such as The Wailers, Polica, and STRFKR to round out the sounds.

Going into Summer Set, I had no real idea as to what to expect. My only comparison for another camping fest is Bonnaroo, and while that’s setting the bar pretty high, Summer Set held it’s own in many respects when it came to setting up an amazing vibe for both campers and single day attendees. And while Summer Set isn’t set in as rural a setting as some of the other camping fests, the atmosphere complimented those that were looking for a weekend away from the city as well as those who just wanted to spend the day listening to great music. 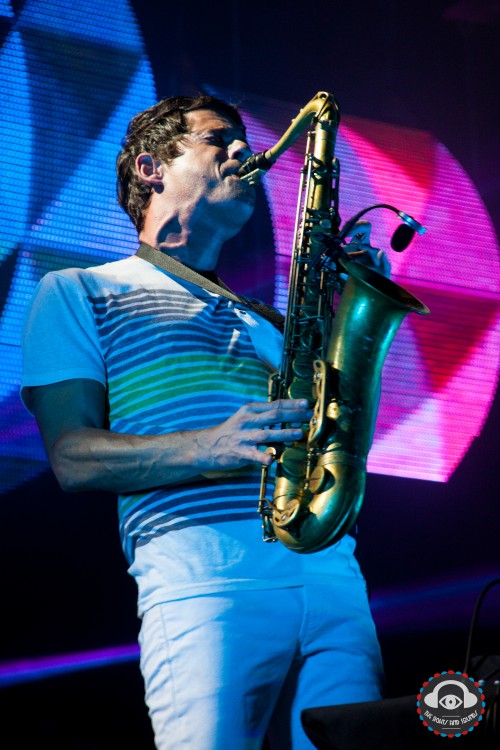 After pulling into our campsite (we chose to stay across from the festival in another campground, which was considerably cheaper) and getting our gear all situated, it was time to head in. On a side note to event producers, it’s not a great idea to hide the media sign-in tent in the VIP area – kind of hard to get security to believe you are media checking in without a media bracelets already in hand!

Day 1 easily held one of the more lucrative lineups for the weekend as we began exploring the festival grounds to the eclectic sounds of Beats Antique and Papadosio. And while we simply meandered around for their sets, the early afternoon vibes the groups put out helped set the tone for the rest of the weekend. It was at this point that we decided to take our first trek over to The Grove stage – the EDM heavy tent-turned-sweaty-dust-bowl as thousands of people tried making their way into the hugely undersized stage.

Notable performances in The Grove on Friday came from Ryan Hemsworth, who spun a chilled out mix of EDM and hip-hop, including his hugely popular tribute to Lana Del Rey, “Song For Lana.” Adventure Club played later in the day and managed to get The Grove shut down as over crowding and fights brought more than one ambulance to the scene and kept irritated festival goers away as security scrambled to get the numbers situation under control. Needless to say, hundreds of AC fans were barred and angrily taunted guards as they tried sneaking their way into the stage by any means necessary. Not until Tommy Trash‘s set did the mayhem calm down enough to slowly begin letting people back in. However, our highlight from Friday night’s Grove session came in the form of electro-funk superstar Griz, who jammed out to an evening set that included crowd favorites such as “California Dreamin'”, “Ill Type Moves,” and “You Got To Change.” 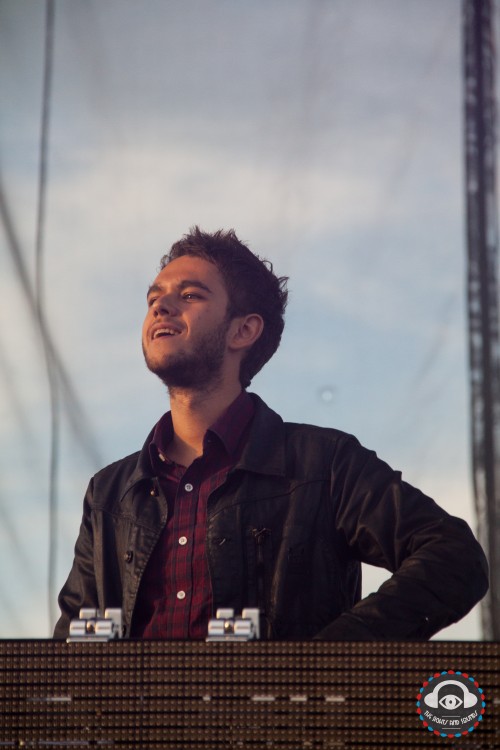 While chaos and dust dominated The Grove, the Main Stage sat in defiant opposition of the grimy tent, nestled between gentle sloping hills of grass and bringing in some of the more chilled performances of the weekend. Performances by Polica, The Wailers, and Big Gigantic rounded out our night in diverse fashion. And while Polica and Big Gigantic both put on fantastic shows, ripping through hit singles such as “Tiff” and “Power” respectively, our pick of the day goes to The Wailers, whose reggae-infused set tore through legendary classics courtesy of late-family member Bob Marley, including “Jammin’”, “One Love”, “Three Birds”.

One of the nice things about Summer Set is the later start times for the festival every day. Normally getting onto the grounds after a late night of drinking and listening to music is a rough situation, but a 1pm call time makes the mornings a little easier to deal with. Plus there was the added benefit of camping right next to the gorgeous Apple River, in which we decided to take our weekend wash down while we washed down some drinks.

Saturday’s schedule saw most of our time spent at the Main Stage, but not before we caught an early afternoon session from LA producer Kill Paris, whose mix of electro R&B set a perfect mood to begin the day. From there, the rest of the day was spent relaxing to the sounds of STRFKR, DoomTree, and Zedd from our cozy spot on the hillside; occasionally getting up to dance to STRFKR’s hit single “Bury Us Alive” and “Julius” as well as most of Zedd’s enormous set which included “Clarity,” his remix of Empire Of The Sun’s “Alive,” and “Spectrum.”

One of the cooler moments of the festival came not in the form of sound, but crowd watching as a group of kids began playing a jerry-rigged pick up game of softball. In front of the entire main stage, the pitch was thrown, the batter winded up, and… CRACK! Shattered bits of wood splintered everywhere as the tennis ball went soaring through the air with the monster hit. Applause and cheers went up through crowd as the batter rounded his imaginary bases, hands held over his head in celebration. 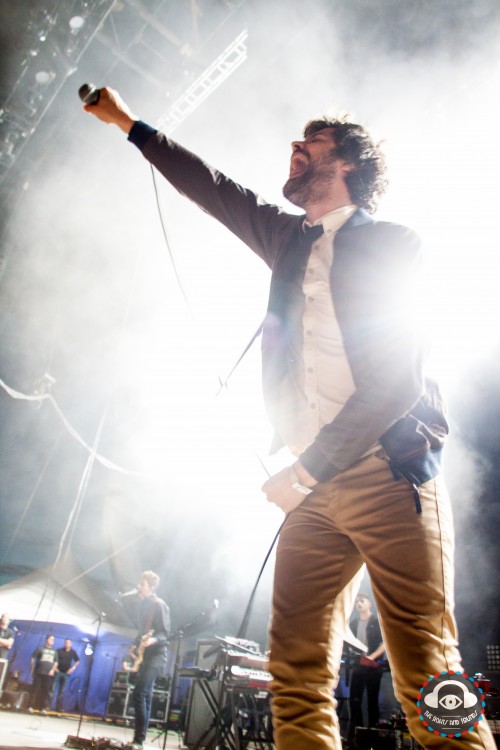 Closing out day 2 on the Main Stage were two festival heavy hitters who don’t need much introduction. Passion Pit drew a massive audience in anticipation for his stacked set of hit singles and crowd favorites. The audience was far from disappointed as the group ran through such memorable jams as “Constant Conversations,” “Take A Walk,” and ending with perhaps their most famous track “Sleepyhead.” And if the crowd wasn’t hyped enough already, mash-up monster Girl Talk took the final set time of the night, tearing through a massive list of top 40 hits while festival goers danced on stage and reams of toilet paper were shot into the audience.

Unfortunately we weren’t able to stay for day 3 as work and other obligations forced us to hit the road for the 8-hour drive back home. As sad as we were to miss the final day, we left our campsite happy knowing that being able to experience the first two days of Summer Set was definitely worth the drive.

While no music festival ever runs without it’s own unique hitches, Summer Set seemed to have more than your average number of set backs for the experienced festival attendee. While I’m not usually one to call out the flaws, a couple glaring issues should be addressed for next year. Probably the most annoying situation all weekend was the walk between stages. By itself the walk wasn’t bad, however, to move in between the stages one had to exit the festival, walk down a path and physically re-enter the festival grounds. This meant massive lines at entrances, bags being re-checked, and if you left one stage with a drink you can bet you weren’t allowed to bring it back into the other stage. This caused a lot of problems as the sheer numbers of people trying to get to The Grove caused capacity issues all weekend. Add in the fact that The Grove might as well have been set in the middle of a dust storm and that was enough to keep us away from the tent most of the weekend.

All in all, however, Summer Set Music Festival was a great success. You could tell just by seeing the faces of the people leaving the festival grounds every day. While occasional hiccups are expected, ultimately it’s the entire atmosphere and vibe that needs to be in tune with attendees and Summer Set came through in spades. Everywhere you looked, laughter and smiles danced around the Summer Set grounds as everyone was welcomed with open arms – from the sexy hoola hoopers to the crazy ones dressed as clowns and unicorns. Summer Set allowed you to be who you wanted to be, without indignation or judgement, and ultimately that’s the true testament of a good music festival – that, and good music.