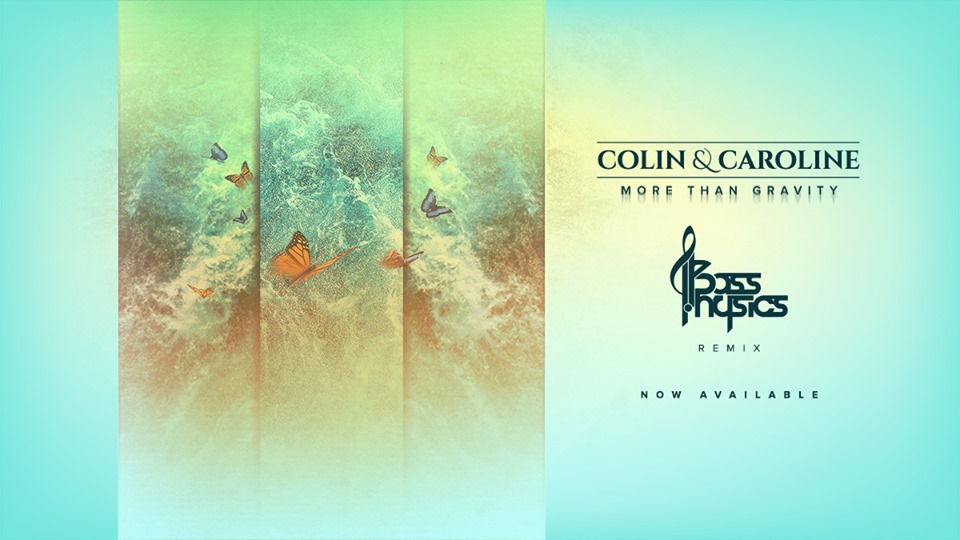 Putting his signature twist on Colin and Caroline’s “More Than Gravity”, Bass Physics’ new remix maintains the light-hearted acoustics of the track while giving it a wavy, uplifting electric feel.

The track tells the story of two lovers that have strong reservations about committing themselves to each other, but end up realizing there is no point in fighting their feelings.

A few months ago, an interesting opportunity arose for Arja, aka Bass Physics, to put his own spin on the song. We spoke with him about his feelings towards the remix, and how the opportunity came to be.

When asked about what sparked his interest in remixing the track, Arja said,

“A fan (Brian) actually hit me up and was like, ‘My girlfriend and I have a favorite song, and we both love Bass Physics. It would mean a lot if I could gift her a Bass Physics remix of this song.’ I listened to the original song from Colin and Caroline and it’s so different from anything I would normally remix. It’s just vocals and guitar. I knew I wanted to preserve the beauty of the acoustic track, but also put my head-nodding twist to it. Once I finished it up, Brian and his girlfriend came through the studio. I presented it to them and it was a really special moment.”

Colin and Caroline also consider it to be one of their most important songs. They mentioned, “‘More Than Gravity’ is one of our most meaningful and special songs, mostly because we were just friends when we wrote it and didn’t realize during that time that lyrically it was predicting things that would later bring the two of us together.

We are super excited to have such a gorgeous remix of the song and want it to resonate with our audiences however it’s interpreted, and the remix is such a cool example of that.”

The remix kicks off with the mellow guitar riff from the original track. Adding subtle kicks and claps, the remix begins to build energy. A small build up starts before the first vocal verse as strong snares make an appearance leading up to the first drop.

The smooth melody fills the track out nicely and the pretty yet powerful drop is one that is as catchy as it is heavy. The storytelling from Colin and Caroline, which involves the resistance to accepting their love for each other, matches seamlessly with Bass Physics’ production style. As the song progresses, the energy builds as the idea of them accepting their love for each other becomes valid.

At almost three minutes in, Bass Physics hits the breaks and allows the harmonic duo to acoustically express their feelings for each other before a final drops that brings things home on a high note. All-in-all, the remix brings a high-energy take on the songwriter’s emotions within the track, and we are totally here for it.

When describing his first reaction to hearing the original track, Arja noted, “It’s like a love song, but it’s also like I love you but I can’t love you. And that really speaks to me – I went through a break-up after a six year relationship last year and that feeling is something that everyone can relate too. The vocals really speak to me and that really helps when I’m putting together the drop. I want it to be a nostalgic feeling, but also that things are going to be ok.”

Stream the track on your favorite streaming service by clicking here!